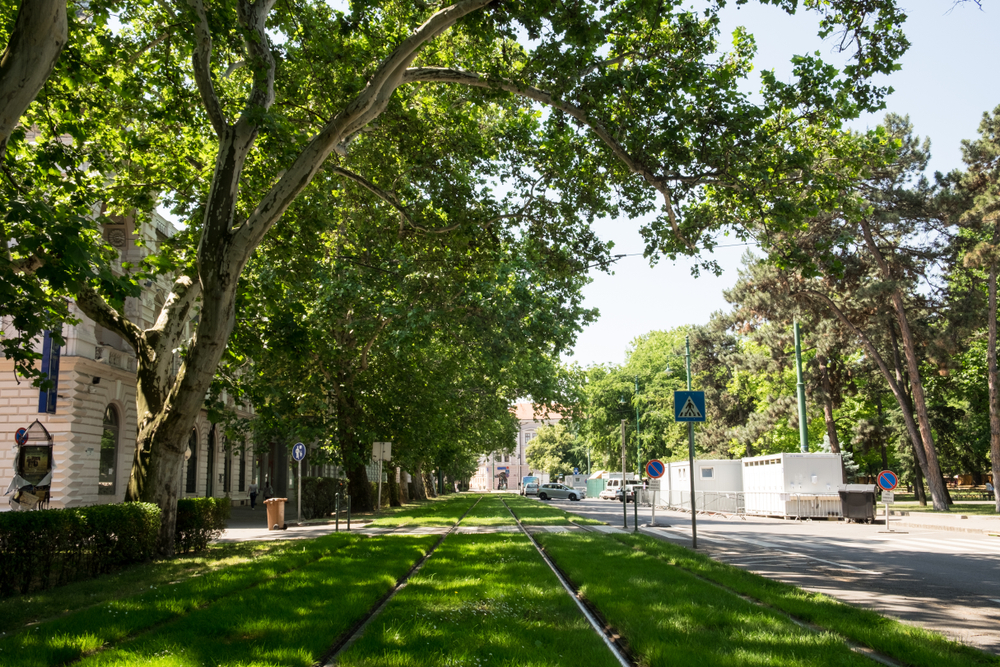 Szeged is an example of how smaller cities can be successful at sustainable urban mobility planning and make use of innovative and new measures to promote sustainable mobility and a healthy living environment.

Szeged is the third-largest city of Hungary, situated near the southern (Romanian and Serbian) border of the country. It is the administrative and educational centre of the region, has a major university and is a rising tourist destination. While the city of Szeged has a population of almost 165,000, the wider agglomeration, which shapes the way in which Szeged operates on a daily basis, has a population of approximately 205,000.

As in many other Central European cities, economic growth, suburbanisation and urban sprawl have led to increased car use over the past two decades in Szeged. At the same time, the use of public transport has dropped from 55% to 35% in less than 20 years. This has also coincided with a decline in the image of public transport. Faced with the related problems of congestion, a deteriorating public transport system and the negative impacts of transport on air quality and the environment, the city has been implementing measures to manage congestion and promote sustainable mobility. 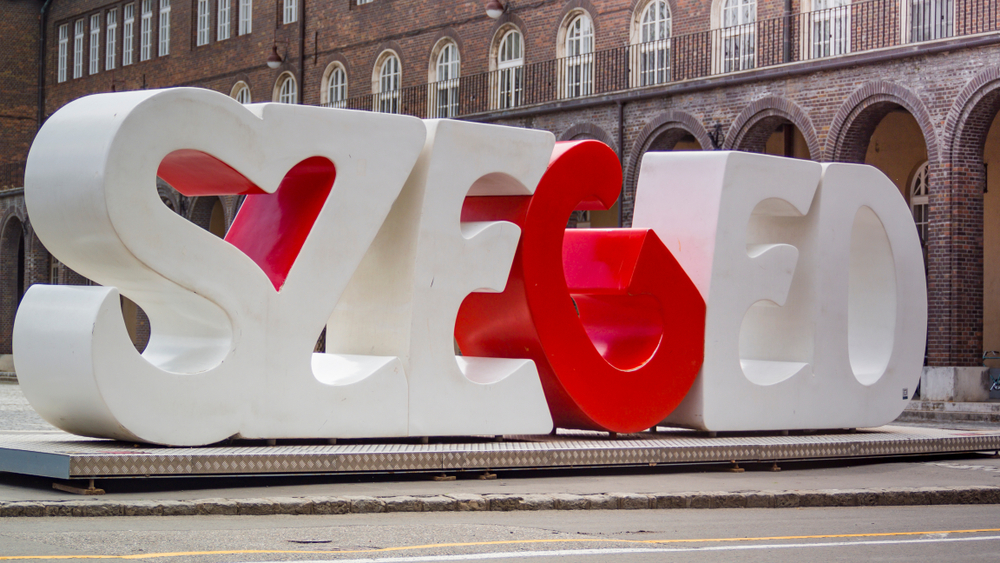 Before Szeged adopted its Mobility Plan in 2017, its first real Sustainable Urban Mobility Plan (SUMP), the city had already developed a Strategic Transport Development Concept (STDC) in 2007. This was used to coordinate its actions and set out the city’s transport policy. The STDC placed Szeged amongst the first cities in Hungary to prepare a ‘sustainable mobility’ vision. It foresaw a major upgrade of the public transport system, including the extension of tram and trolleybus lines to provide better access to major housing estates, an improvement to existing services and the electrification of public transport in the city centre. Other initiatives included: developing three major transport hubs, implementing traffic lights to regulate traffic flows at roundabouts, introducing pedestrianisation and traffic calming zones, improving cycling infrastructure, and improving the quality of green areas and expanding them. Most of these measures were implemented between 2008 and 2016 leading to considerable improvements for Szeged. They have delivered a friendlier city, with a good quality public transport system, that has helped to stop the previous rapid decline in public transport use.

Despite these positive results, Szeged has realised that more action is needed to achieve its ambition of maintaining Szeged as an attractive and liveable city. In the last 15 years, car usage ‘only’ grew by 9%. Given trends in car use in many other Hungarian cities, this could be considered a positive achievement. Nevertheless, car use is growing, which continues to put pressure on urban space and the environment. A 2016 travel survey in Szeged found that people rated private cars higher than public transport in terms of comfort, speed, and costs. Intriguingly, it was also found that people perceived private car transport as being less damaging to the environment than public transport.

As for other modes, cycling also saw a modal share increase from 9% to 17% between 2009 and 2018. The growth in cycling has been the result of the implementation of several actions included in the Strategic Transport Development Plan to promote cycling. However, the increase has come at the expense of reduced public transport use, not car use.

Although public transport use in Szeged still has a relatively high modal share compared with many other Hungarian cities, it does come at a cost. There is increasing pressure on the municipality’s public transport budget because state contributions are decreasing and ticket sales are dropping in terms of numbers and value.

To deal with these growing challenges, the new SUMP was developed. 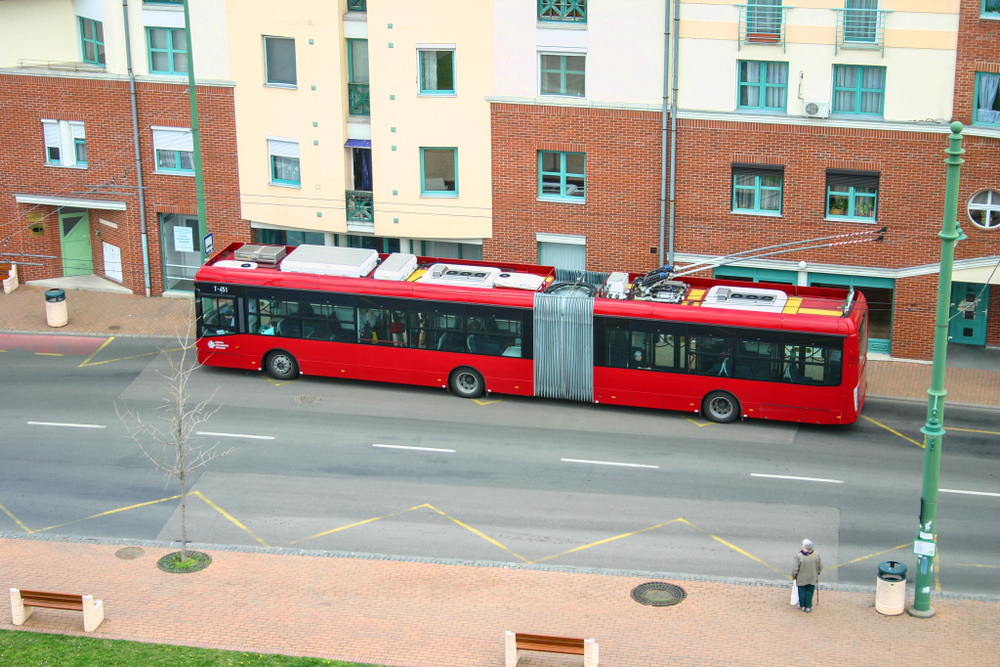 The 2007 STDC targeted various modes including ‘active modes’ and defined ‘hard’ (e.g. infrastructure) and ‘soft’ measures such as training to promote the development of sustainable transport. However, the development of Szeged’s 2017 Mobility Plan was the first time that the ‘SUMP methodology’ had been applied in the city. Compared to Szeged’s previous approach, its new Mobility Plan takes a more people-oriented approach, as it lays more emphasis on the involvement of the public and various groups of stakeholders, and on the reconciliation of different (urban) development policies.

During the development of the Mobility Plan, Szeged paid special attention to the active and continuous involvement of stakeholders in the planning process. This participatory approach also gained Szeged special praise from the CIVITAS Awards’ jury.

At the beginning of the planning process, a partnership framework that specified the role and extent of the involvement of stakeholders was defined in a Partnership Plan. Working groups were set up to provide for the management of the planning process, the cooperation of the competent departments of the local government, and the involvement of non-state actors and economic operators. Negotiations, workshops, and surveys conducted on various levels provided room for the participation of professionals and that of the public at important decision stages.

A clear communication strategy ensured information was provided about every phase of the work. For example, this meant that the wider public was already informed about the upcoming development of the Mobility Plan prior to the start of the planning process, which clearly defined how people would be involved.

There was extensive involvement of various departments of the local government and public transport companies. This helped ensure that the Mobility Plan not only focused on integration between the modes and covered issues across the transport policy domain, but also that it was aligned with other policies (e.g. urban development, and social and economic development). Furthermore, the Mobility Plan took clear account of policy objectives at the local, regional and national levels when the measures were being prioritised.

The people-centered approach of the Mobility Plan is reflected in the emphasis it places on the importance of soft measures. These include a range of mobility management measures, which aim to influence the individual travel decisions of users. Measures include regulations and incentives to support sustainable and environmentally friendly solutions, and actions to shape public opinion to support sustainable mobility objectives.

Effective mobility management requires a thorough understanding of people’s mobility needs and patterns. Therefore, a household travel survey was conducted to support the preparation of the Mobility Plan. Additional information was collected from questionnaires and in-depth interviews for a comprehensive assessment of commuting, which is the main reason for travel in the city. Data was collected for Szeged and the wider region to understand the daily mobility patterns in and around the city.

Further data collection and analysis of mobility patterns is one of the measures that has been included in the Mobility Plan.

The 2018 CIVITAS Legacy Award has provided Szeged with international recognition for its strategic approach to sustainable urban mobility planning. The city was praised for the political commitment, the participatory approach that was adopted for its Mobility Plan and the innovative actions defined in the plan.

Szeged’s Mobility Plan provides a strategic planning framework, which supports the development of a coherent set of measures aligned with the overall objectives for mobility and urban development.

New and innovative measures for Szeged have been introduced. For example, free wi-fi and contactless payments have been introduced onboard all mass transit vehicles, making Szeged the first city in Hungary to offer these services. In addition, a new fare strategy has been developed for public transport that provides new types of travel cards and promotional fares for access to all modes of public transport on a single ticket during special events. While these measures were only introduced in 2018 and their long-term impact remains uncertain for now, the immediate impact has been positive – passenger numbers rose in the first 9 months of 2018.

Integrating land use and urban mobility planning has contributed to the combination of Szeged’s existing plans for urban development and transport. A network comprising public transport axes and attractive corridors for walking and cycling is being developed to provide easy access using sustainable modes of transport to all parts of the city. Shared bike-and-ride-facilities have been located near terminals at the core nodes of the city’s transport network. Another novel approach has been to encourage property developers to reduce parking places at new office sites and deposit the land purchase savings into a ‘sustainable mobility fund’.

Szeged is also participating in several EU-funded projects that support the implementation of innovative measures:

The Mobility Pledges were signed on 30 January 2019 and seven ‘ambassador companies’ and the university are participating.

Experiences from Szeged provide a number of interesting lessons and insights, including: