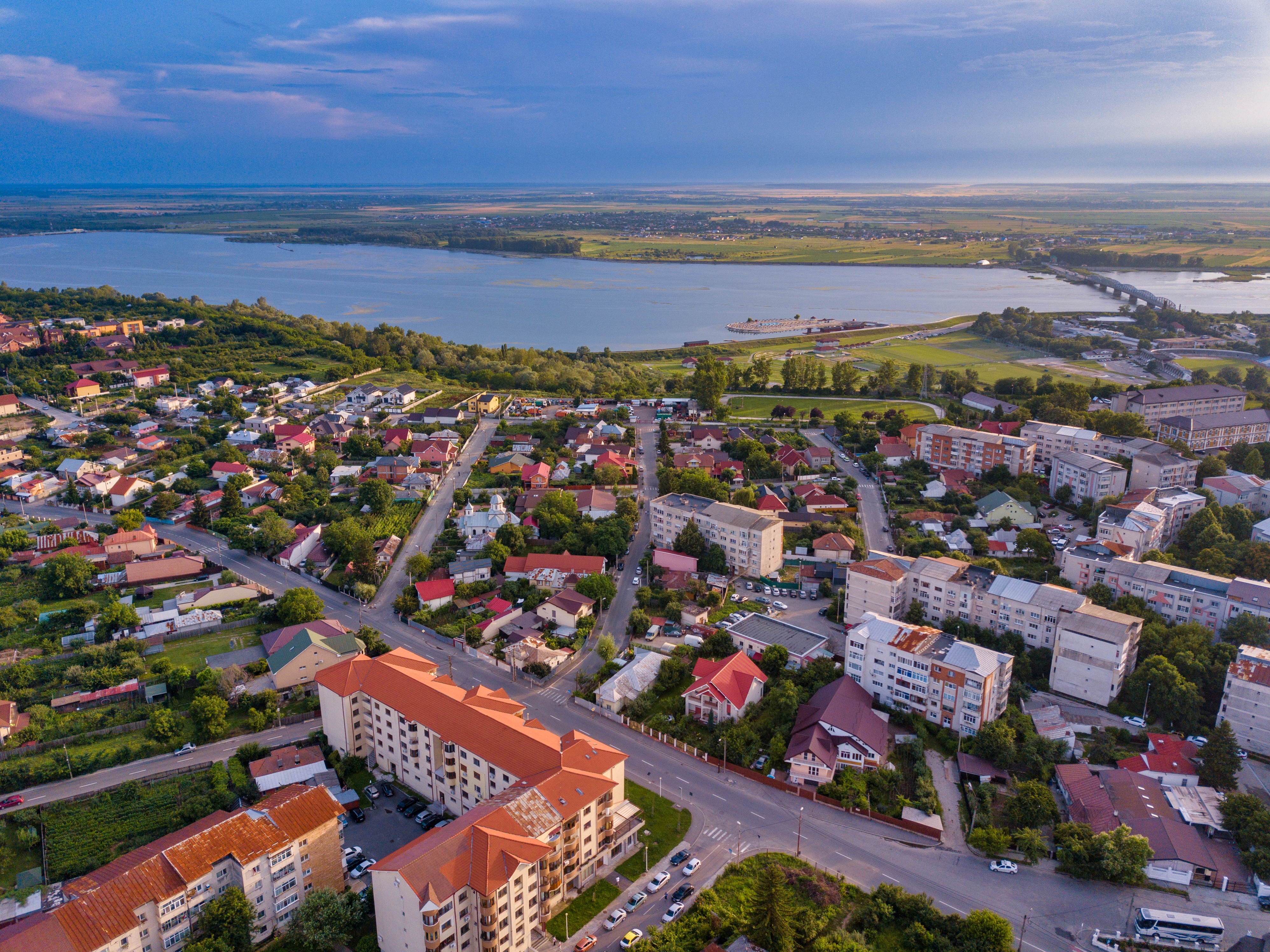 In the face of heavy traffic (caused by a mix of transit traffic, local commuter journeys and shopping trips), the Romanian City of Slatina realised it had to change how traffic affected life in the city – now and in the future. To set out its future transport policy, Slatina decided to follow the Sustainable Urban Mobility Plan (SUMP) guidelines to create its first SUMP, which meant it was based on a strong participatory approach. Because this was the first transport plan and participation was new to the city, it was decided to develop the SUMP as part of an URBACT III network project, called CityMobilNet, in collaboration with 10 other European cities.

By May 2020, the implementation of the SUMP was well on track. Slatina has successfully applied for about EUR 20 million of EU funding and has put in place measures, with others planned, that were set out in the SUMP. These include modernising public transport, developing a cycling network and improving cycling conditions, making space for new transport modes and improving the parking management system.

The City of Slatina is located in the south of Romania. It is the capital of the Olt County and is situated on the River Olt. The city itself is home to about 85,000 people with more than 400,000 people living in the wider county. Large industrial companies are located at the edges of the city in the east.

Slatina faces major traffic challenges. Firstly, the transport infrastructure favours individual motorised transport within the city, while significant regional traffic flows cross the city. Secondly, a road entering the city from the east passes through the city to the only available bridge suitable for taking heavy traffic across the River Olt. Indeed, this is the second most heavily congested crossing in the entire country. This road touches the very centre of Slatina and creates – along with the local traffic – a clear bottleneck around the Old Town of Slatina and the entry to the bridge.

In 2017, Slatina residents mostly used individual motorised transport – public transport accounted for 8.5% of all trips, while cycling played a marginal role with 0.7% of trips. Air and noise pollution, congestion and accidents were adversely affecting life in Slatina. Consequently, Slatina recognised the need to improve urban mobility to move to a more liveable, healthy and economically attractive city. The city concluded that developing a SUMP was the way to tackle the challenges at hand and would facilitate an application for the necessary funds from European funding sources to kick-start the transformation.

Slatina developed its SUMP in collaboration with 10 other cities as part of an URBACT III Action Planning Network project called CityMobilNet. The decision to engage with URBACT was motivated by the city’s goal to drive the SUMP development using a truly integrated planning process. Slatina had had little experience with participatory planning, so saw that it would benefit from a well-structured approach.

Initially, it mobilised the local community and created a local group as the main process driver. The first task of the group was to develop ideas, and identify the needs and challenges for the planning process. The group had 97 participants with representatives from local authorities, security services, the education sector, non-governmental organisations (NGOs), and local and international businesses whose operations would benefit from improved transport. Members of the media were also invited and were present at the meetings. Thanks to the diverse range of stakeholders engaged, the result of the first task was a comprehensive set of challenges developed using the recommended techniques of the URBACT method.

Altogether, the local group used eight thematic debates for this problem description. The debates were used to discuss and align sectoral policies such as those for transport, health, land use, environment, economic development and social issues. They included discussions on aspects of interest to the participants, such as quality of life, social accessibility, traffic safety, passenger transport, goods transport, accessibility of emergency services, functional areas and administration. All debates were placed in the context of the wider region to ensure that the result would be valid for Slatina’s catchment area. Ms Serban, project manager at the City Hall of Slatina and the lead for the local group, said: ‘We were particularly surprised by the number of citizens who chose to take part. We had several non-specialists that came and participated in every single meeting.’

Next, Slatina engaged in field work to complement the results of the problem analysis with detailed facts and current trends. This step included a household survey based on a sample of 1% of the population, a traffic survey to identify the structure and volume of traffic flows (which helped to identify the average commuting time in Slatina), and an origin-destination survey that included identifying the loading conditions for vehicles.

Slatina then used the data from the field work and the problem analysis to develop objectives for the future development of urban mobility. It produced two scenarios to test these objectives, taking account of budget constraints and immediate needs. The first scenario was a baseline scenario taking account only of already planned works, which was mainly the rehabilitation and modernisation of the road infrastructure at the local level. The second scenario focused on a more functional level and included new projects for all modes of transport, such as:

Scenario 2 was chosen as the basis for further development of the SUMP measures, which also included creating a framework to implement and monitor the plan.

Finally, Slatina defined the measures for its SUMP, including improvements to the road network and the creation of bike lanes. However, the focus was on modernising public transport services including introducing a fleet of clean buses, free wifi at all stops, a traffic management system that prioritises public transport and e-ticketing options. The measures were developed to ensure that they met the funding criteria needed for EU structural funds. The draft of the final SUMP was presented to the members of the local group, who were able to add a symbolic personal stamp of their agreement and engagement with the document. The final version was then sent to the Ministry of Regional Development and Public Administration for two purposes:

Slatina began its SUMP planning process in early 2017 and completed it by the end of the same year. 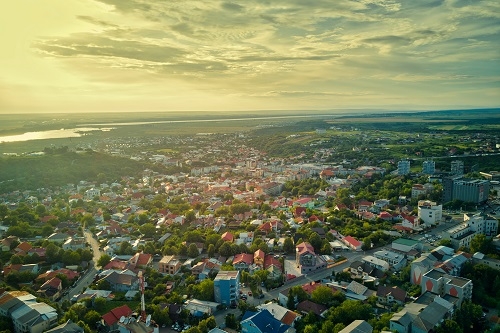 By 2030, Slatina aims to have achieved a doubling of the public transport modal share, to maintain the high share of walking and to slowly increase the cycling modal share.

In spring 2020, the following major projects have been implemented with the support of EU funding:

Altogether, Slatina has so far been able to secure funding from EU sources of more than EUR 20 million thanks to its SUMP and the clear definition of measures that fitted with EU funding requirements. Furthermore, the Romanian Ministry of Regional Development acts as a central purchaser for a number of municipalities (such as for the buses, trams and trolley buses), which has helped to procure the vehicles.

The success of the SUMP’s implementation is measured using a set of main output indicators, including the total distance travelled by vehicles; the rate of increase in the use of public transport, cycling and walking; emissions of carbon dioxide; and the proportion of the population on which the SUMP has had an impact.

For Slatina, the development of the SUMP was a step into new areas in two perspectives:

Consequently, one anticipated challenge, which was thought to be how to talk directly with people in large groups, turned out not to be a problem – people got involved, made their voice heard and then owned their work by approving the final version of the SUMP without considering political challenges and changes.

Working with and in the local group created a sense of community for the local authority and stakeholders alike. It proved that good ideas come from everywhere and not necessarily from specialists. Drafting the SUMP jointly in the context of the URBACT III network gave Slatina the opportunity to see how others work and learn from that.

Applying the URBACT methods and tools in the planning process proved to be beneficial for opening minds and changing perspectives. These tools initially appeared rather academic to the local group members, but proved their worth.

The definition of the measures to meet EU funding criteria was a crucial and successful factor. This approach cannot be copied directly due to local conditions, changes in regional development programmes and changes from funding period to funding period. Nevertheless, the close cooperation with responsible managing authorities and/or ministries as early as possible in the SUMP process is a definite recommendation for financing the SUMP implementation in many EU regions.

Slatina has also engaged in public participation for other aspects of its transport planning. In the context of an Horizon2020 Park4SUMP project, Slatina was the first Romanian city to undertake a ParkPAD audit in 2019. ParkPAD is a particpatory scheme that helps a city to evaluate and improve its parking policy. The process involves policy makers, administrators and stakeholders from civil society in the assessment of the status quo and the creation of a tailored parking action plan. One result of the ParkPAD audit was to incorporate parking management in the update of Slatina's SUMP.

For the full SUMP in Romanian, please click here

For an executive summary in English, please click here