Ramping up infrastructure for walking and cycling in Kaunas 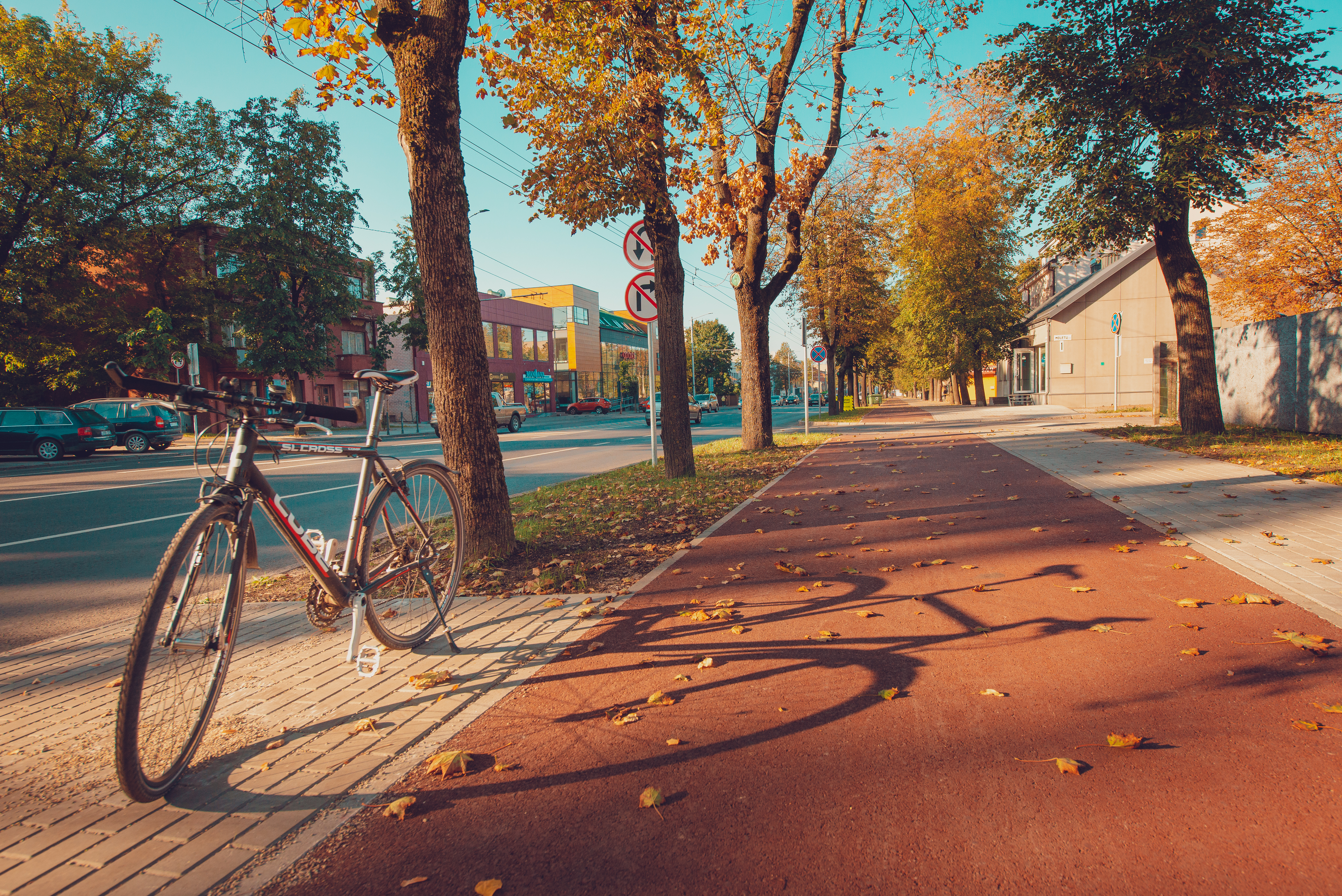 Kaunas was shortlisted for the 8th Award for Sustainable Urban Mobility Planning (SUMP Award), which focused on the theme of safe walking and cycling.

As one of the three SUMP Award finalists, together with Brussels Capital Region (BE) and Wroclaw (PL), Kaunas provided a realistic plan with achievable targets combining infrastructure and fleet investment alongside educational measures. Additionally, the Lithuanian city demonstrated good use of the European Commission’s SUMP Guidelines, including an excellent approach to road safety, with a vision for zero road fatalities.

The city administration has begun implementing measures to counteract increasing car ownership and the growing tendency of suburbanisation in recent years. Besides the socio-economic developments, Kaunas must also overcome geographical hurdles, as the city is built on terraces with height differences of up to 40 metres, which hinders accessibility and hampers cycling and walking.

The second-largest Lithuanian city with more than 250,000 inhabitants is home to about 35,000 students, who create a lively atmosphere in the city and contribute to the cultural scene. Cultural activities and the historic city center attract around 250,000 tourists every year, a number which likely will grow, as Kaunas was selected as the European Capital of Culture in 2022.

Kaunas is a SUMP pioneer in Lithuania, as the city is involved in EU mobility projects since 2007. Based on these experiences, Kaunas joined the CIVITAS Initiative, a network of cities dedicated to cleaner and better transport in Europe. Since then, Kaunas has participated in two projects to explore the planning of SUMPs. After many years of involvement in various European initiatives by the Lithuanian city, the decision to create and implement a SUMP highlighted their ambitions to provide clean, accessible and environmentally friendly transport for all.

Kaunas’ SUMP plan is based on a multitude of regular stakeholder meetings, which started in late 2017. Since then representatives from interest groups, the municipality, and the national government met quarterly to define SUMP priorities and create a roadmap. The main area of focus is the reduction of pollution by integrating different modes of sustainable public transport, as well as increasing the attractiveness of the city for tourists and inhabitants by enhancing the accessibility to key sights and sites of Kaunas.

Additionally, the city enshrined a ‘vision zero’ for road fatalities within their plan. The focus on the security aspect should ensure that road fatalities will be eliminated by 2030 thanks to a comprehensive set of measures. Long-range speed cameras, school education, modern parking solutions, and intelligent transport systems (ITS) are just some of the measures used to achieve this long-term objective. Furthermore, a reduction of the speed limit in the city center and in ten residential zones to 20km/h will also help to reduce accident risks for cyclists and pedestrians. During the review, the Jury of the 8th SUMP Award highlighted the safety aspect and praised it as an excellent initiative.

Overall, Kaunas’ SUMP plan aims to double all trips made by bicycle from 4% to 8% and maintain the level of trips taken by foot, which are around 10%, currently. Even though these numbers do not seem particularly impressive from an outside perspective, one should keep in mind that Kaunas is facing a difficult suburban shift with increased car ownership. Electric vehicle charging infrastructure shall promote the shift towards personal electric vehicles, with the target of having 9% electric vehicles by 2030.

Even though Kaunas started to implement the objectives of their SUMP recently, the effects of some measures can already be highlighted. From 2019, all vehicles used for public transport have had low-floor accessibility, which helps the elderly, handicapped and citizens who want to bring their bikes. Another measure is to increase the comfort of pedestrians is the redesign of 22km of sidewalks and underpasses in the city districts, which should be finished by 2021.

The ambitious SUMP also supported pedestrians by redeveloping the 1.5km main boulevard through the city centre by pedestrianising the side streets and abolishing parking space for cars. 160 newly installed benches also invite the walkers to take a break. Additionally, cyclists will profit from the installment of twelve bicycle storage facilities in the various districts of Kaunas.

As mentioned previously, the topography of Kaunas hampers cycling and walking. In the long run, non-motorised transport will be facilitated by the renovation of more than 80 sets of stairs, which connect the central parts of the city with the micro-districts. About half of them will be prepared, the other half will be transformed into ramps for cyclists, facilitating the commute from and to the city center.

Once these bottlenecks are solved, the municipality of Kaunas aims to build 143 km of cycle paths, a significant endeavour, which will connect many inhabitants to the cycle network. Models forecasted that potentially 36,000 cyclists would use these new safe ways to get around the city.

In order to increase the percentage of cyclists, Kaunas organises regular festivals during the summer month and participates in the EUROPEANMOBILITYWEEK campaign. Promotion of cycling and walking is also taking place among educational institutions as road safety educations is part of the schools’ travel plans scheme.

One significant takeaway is the importance of the regular exchange of information and views between all stakeholders in the city, as well as between various governmental levels. A quarterly meeting, which was established prior to agreement on the final SUMP, was a useful platform for open exchanges, status reports, and a hub for thorough stakeholder consultation. As highlighted by the city administration, during the monitoring of the plan, the national SUMP coordinator continues to organise an annual meeting with all relevant stakeholders.

Taking into consideration the size and history of the city, as well as the currently unfavourable modal split, one can conclude that the amount of investment projects is rather ambitious. These ambitions are especially shown within the goal of ’vision zero’ aiming to eliminate road fatalities.

Clear KPIs and an ambitious implementation plan show that SUMPs are not just lofty ideas in the form of a policy paper. The Jury of the 8th SUMP Award highlighted that “Kaunas shows that the implementation of a SUMP is at least as much important as its creation. Enforcement of the measures is necessary and cannot only rely on education.”

A plan, which was seeded more than ten years ago with one of the first EU-funded projects, is starting to bear fruit.