Impact on urban mobility as a result of the pandemic 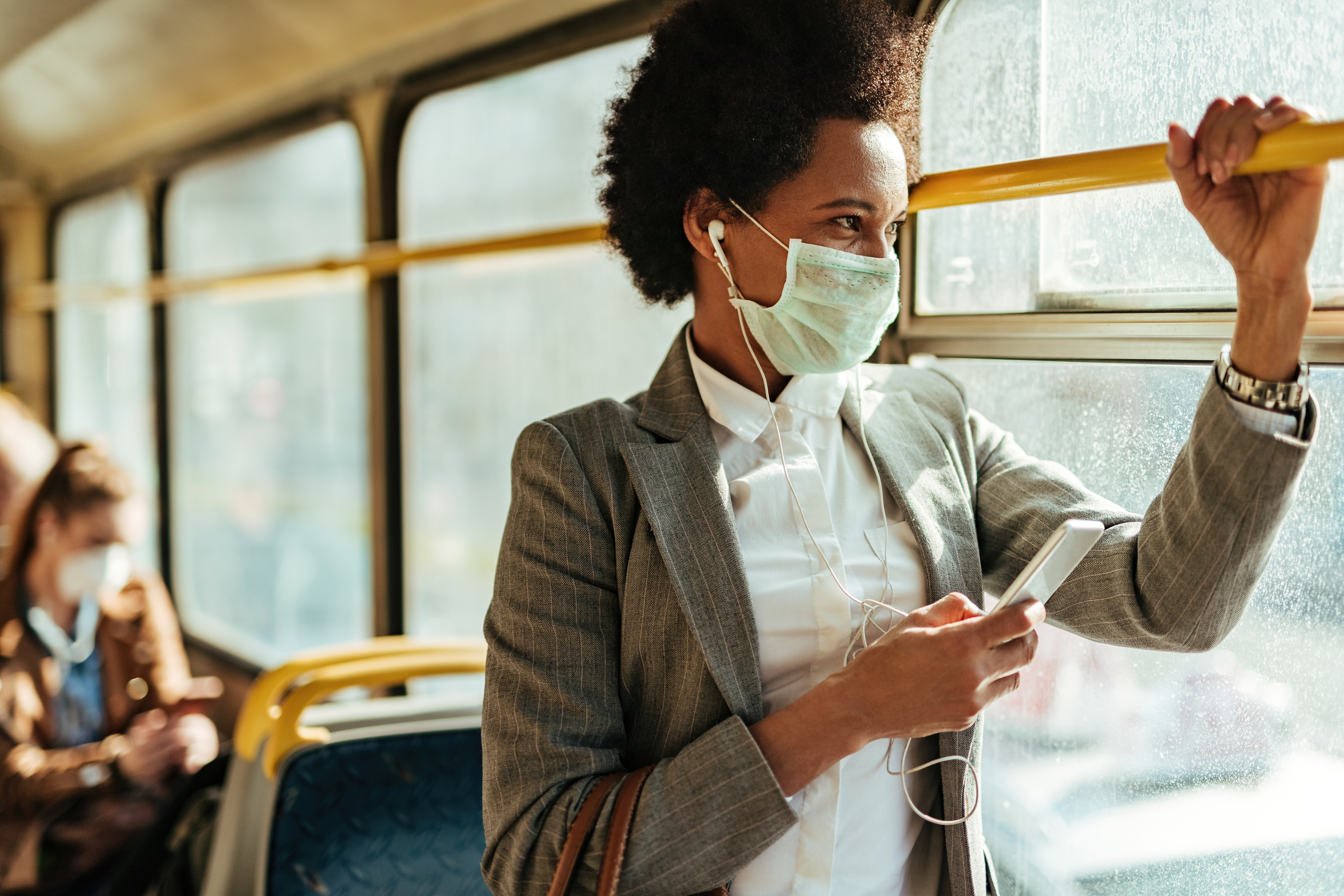 Coronavirus (COVID-19) became an international crisis at the beginning of March 2020. Since then, its impact on urban mobility has been closely monitored.

In many countries and cities across the globe non-essential businesses were asked to close their doors, leading to a significant reduction in traffic and an upsurge in teleworking. The empty streets invited pedestrians and cyclists alike to enjoy cleaner air. The introduction of physical distancing posed logistical problems for previously packed public transport. The realisation that people can effectively work from home drove discussions on the future of working norms and how to turn this pandemic into an opportunity to reshape transport for the better.

This case study investigates the temporary urban mobility solutions to promote healthy living and physical distancing, and their potential to become permanent.

Prior to COVID-19, car journeys across Europe represented 47% of all urban passenger journeys. Public transport represented 21% of journeys. Active transport comprised the remainder: walking (25%) and cycling (7%).

Cycling has experienced a significant surge in popularity since physical-distancing protocols were put in place. In New York, cycling over the city’s bridges rose by 52% and, in Chicago, the use of bikeshare schemes doubled in March. With the proven physical and psychological benefits of exercise and visiting green spaces, cities pushed for the development of cycling and walking infrastructure during the pandemic.

Many cities around the world temporarily reallocated road space to cyclists and walkers. In Philadelphia, 7.5 km of Martin Luther King Jr Drive was closed to cars and in Oakland, 10% of the totality of the city’s roads (119 km) were closed to cars. Berlin took the approach of widening existing cycle lanes, while Budapest created new cycle lanes at the edge of multi-lane roads.

Modelling suggested that there could be ten times as much cycling and five times as much walking in London as the city moved out of lockdown compared to before the pandemic. To handle this volume, the city created 30 km of temporary cycling lanes. The Scottish Government announced a ‘Spaces for People’ funding package for temporary walking and cycling routes, including improvements to existing routes.

Antwerp announced plans to create 19 km of cycle lanes and make 83% of its city centre car free or low traffic by 2024. Athens went one step further and banned car traffic completely in certain areas although this measure was temporary, lasting for 6 months. 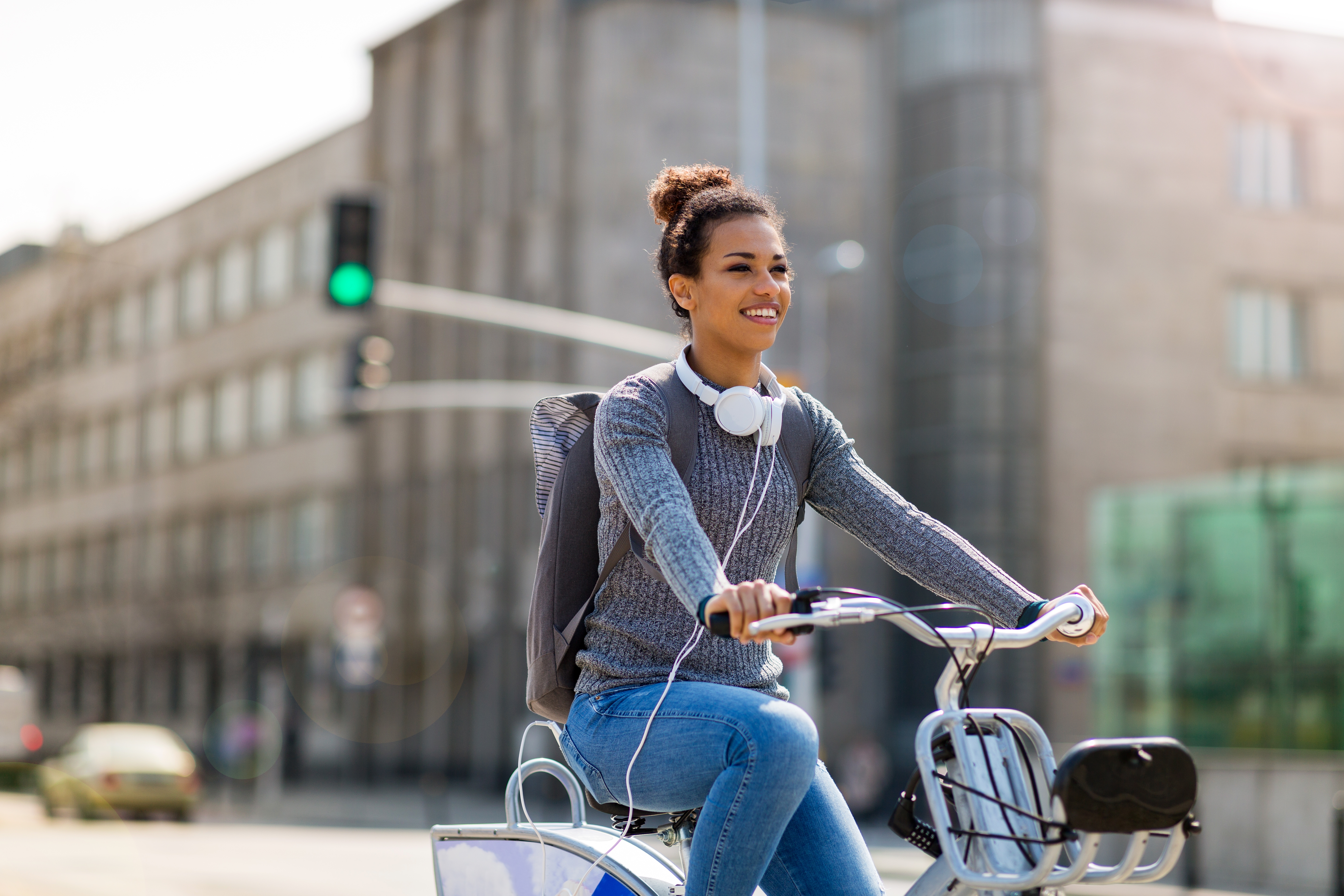 As authorities and companies prepared for a relaxation of lockdown measures, plans began to continue encouraging active mobility. Barcelona and Valencia budgeted EUR 4.4 million to create 21 km of cycle lanes and 12 km of pavements. Milan announced that 35 km of roads will be transformed to accommodate cyclists and pedestrians. To encourage active mobility and ease users' way out of lockdown, Brighton opened up more of its seafront to pedestrians and cyclists. The Welsh Government launched a £15.4 million (approximately EUR 17.3 million) plan to widen pavements and create more space for cyclists.

Thessaloniki temporarily widened pavements and allowed restaurants to use this space for tables. This welcomed more customers and helped restart the restaurant industry while still ensuring physical distancing. The London borough of Lewisham repurposed parking bays as pavements to create extra space for pedestrians.

Safety is often highlighted as a major barrier to active mobility. Therefore, as well as investing in more physical space for cyclists and pedestrians, some cities lowered speed limits. In February, just before COVID-19 was declared a global pandemic, 130 nations supported the Stockholm Declaration mandating ‘a maximum road travel speed of 30 km/h in areas where vulnerable road users and vehicles mix in a frequent and planned manner, except where strong evidence exists that higher speeds are safe, noting that efforts to reduce speed in general will have a beneficial impact on air quality and climate change as well as being vital to reduce road traffic deaths and injuries’.

Since then, Brussels has lowered the speed limit of the entire city centre, excluding major axes, to 30 km/h, and gave pedestrians and cyclists full priority. Milan also introduced speed limits of 30 km/h across the city. The districts of Calderdale in northern England and Perth and Kinross in Scotland set up temporary speed limits of 20 mph (32 km/h) across many towns and villages to encourage pedestrians and cyclists.

The Isle of Man introduced a temporary 40 mph (64 km/h) island-wide speed limit to improve road safety leading to lower occupation of hospital beds. In England, Nottinghamshire restricted the speed limit outside schools to 20 mph (32 km/h) before and after school.

Even with a significant increase in active mobility, public transport remains essential, with no alternatives that are quite as efficient at moving millions of passengers within cities around the world. Prior to COVID-19, public transport had an average passenger density in peak hours of between 4 and 6 people per square metre. However, to allow for physical distancing, this needed to fall significantly, closer to 1 person per square metre. Hence, if passengers are required to stay one metre apart, public transport will be at capacity if demand recovers to just 25% of pre-COVID-19 levels. The solution to this problem is still unclear but the International Association of Public Transport (UITP) called for additional subsidies for public transport to help the sector cope.

During April, due to a reduction in the number of London Underground employees that were working, services fell by 30%. Also in April, the Deputy Public Transport Minister of Greece, Yiannis Kefalogiannis, announced measures that applied to all public transport – buses, trams, trains and ferries – and would last until the end of May. These measures set a limit on the maximum capacity of vehicles – restricting them to 50% to ensure physical distancing rules could be followed. The restrictions were relaxed in June, allowing up to 65% capacity.

In an effort to reduce the burden on health services, many companies allowed employees to work from home on a full-time basis. This helped free up valuable space on restricted transport services for essential workers. Prior to COVID-19 only 5.4% of Europeans worked from home, now 57% do.

A YouGov survey of 7,545 adults in 21 cities across six European countries found that 21% of respondents plan to cycle more and 35% to walk more after lockdown. It has been estimated that since the beginning of the recovery, European cities have allocated over EUR 1 billion to active mobility, with 2,300 km of bicycle lanes already in use.

The UK #BikeIsBest cycling campaign has shown year-on-year increases in cycling, with significant rises during COVID-19. In Liverpool, there was a 161% rise in cycle trips between May 2019 to May 2020. In Manchester, trips are up 127%, and London and Birmingham have seen rises of 54% and 55% respectively. The campaign has used billboards to advertise these rises in an effort to normalise cycling.

Cities are considering turning their pop-up cycle lanes into permanent fixtures, with Budapest looking like it will keep its lanes as 3,000 cyclists a day now use the busy Grand Boulevard. Budapest’s ring road linking Margaret Bridge and Petőfi Bridge will be overhauled to include permanent cycle lanes.

Across France, 116 cities have built more cycle lanes and ‘they will be made permanent, we’re working on that’ said Mayor of Paris, Anne Hidalgo. Vienna is discussing a permanent driving ban, with exceptions for residents, suppliers, key workers and public transport. Brussels built 40 km of new cycle paths and introduced schemes to help residents buy discounted bicycles.

The European Cyclists' Federation has developed the COVID-19 dashboard which shows that almost 2,500 km of cycle-related measures have been annouced by cities, with over 1000 km of these already implemented.

Berlin’s administrative courts have ordered city officials to remove the cycle lanes installed during COVID-19 as it was considered that the city was using the pandemic to push its ‘traffic agenda’. The city’s government unsuccessfully appealed against this decision and the bicycle lanes hav 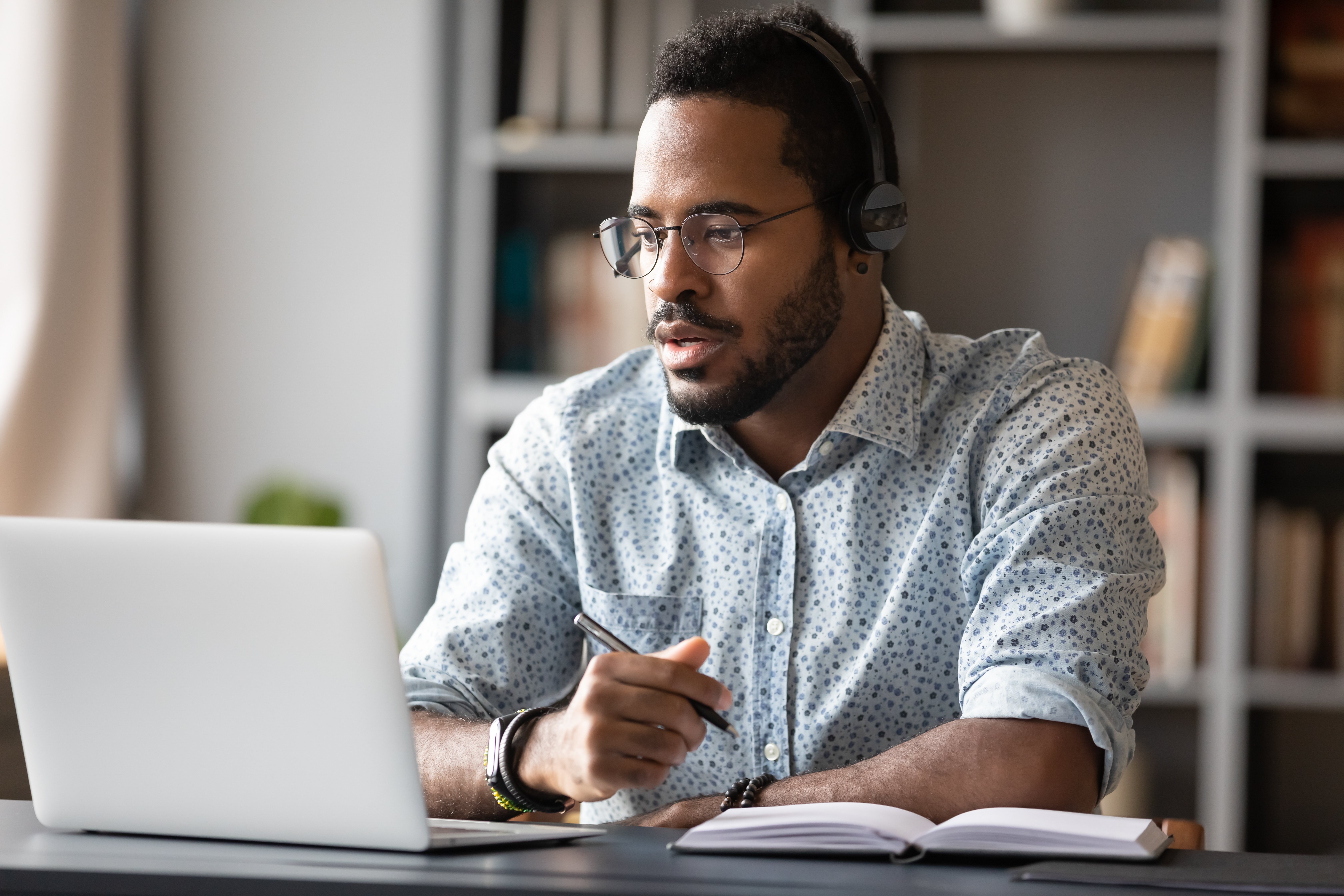 e been removed. Transport for London has decided to remove the new Euston Road bike lane due a lack of cycling uptake on this particular lane.

The Mayor of London, Sadiq Khan, announced plans to transform London into one of the largest car-free zones in the world. Transport for London has since added 5,000 square metres of space for pedestrians. Local authorities in England now have the power to use CCTV and issue penalty charges to cars parking on cycle lanes.

Bristol has closed several roads to give more space to cyclists and pedestrians and has widened pavements across the city. There are more plans to increase the space for cyclists and pedestrians and, after evaluation, all these changes will be made permanent in early 2021. Sheffield has introduced similar strategies to increase cyclist and pedestrian space, with a local business owner stating that ‘the council says it’s temporary although it looks pretty permanent.’

Across the UK, local authorities – including Dingwall, Derby and East Lothian – are keeping their 20 mph (32 km/h) zones for another 6 to 18 months. After this period, the speed limits will be reviewed with the potential to become permanent. Coucillor Angela Maclean of Dingwall said, ‘We have the ideal opportunity to not only improve the safety of walkers, cyclists and wheelchair users, especially the primary and secondary pupils that use the Back Road route regularly, but this also ties in with the Council’s commitment to climate change and cutting emissions.’

Physical distancing on public transport along with wearing masks has become the norm across Europe. With transport operators advising passengers to sit at least one seat apart, the capacity for passengers immediately drops by a minimum of 50% but often more. In fact, Transport for London has created models showing that with a two-metre physical distance, capacity is around 15%, but reducing the required physical distance to one-metre can increase capacity to 25%.

COVID-19 lockdowns led to improvements in air quality around the world. During the first stage of lockdowns in Europe, concentrations of nitrogen dioxide (NO2), a pollutant heavily linked with traffic, fell by between 40% and 50% compared to 2019 levels. Data from July and August 2020 suggests that concentrations are still between 10% and 20% lower than 2019 levels.

Studies also found that ozone (O3) levels had increased by around 10% and, in some cities (such as London), sulphur dioxide (SO2) levels doubled. What this means in the long-term is unclear, but it has given us a unique opportunity to learn about the effects of pollutants and use this information to plan for a greener future.

By 26 October 2020, driving across Europe had returned to 93% of pre-COVID-19 levels, active transport was back to 90% and public transport was at 77%. While active transport reached a peak of 185% in early August, it has been slowly falling since then – in mid-October it was 100% and has continued to reduce to its current level of 90%.

A significant challenge that remains is the lack of knowledge about how the virus spreads in public spaces (for example, what surfaces it sticks to, how long it survives on different surfaces and what protective measures are effective). This has led to authorities taking multiple – and sometimes contradictory – measures, which has resulted in confused users rather than safer users.

Cities around the world have taken this as an opportunity to reimagine urban mobility. There has been a drastic change in how and when we move around due to people working from home and having flexible start and finish times rather than the usual 9 to 5 day. People have become accustomed to cleaner air and emptier streets, and want it to stay that way.

As we are still in the midst of the pandemic, it is unclear what the long-term effects might be, but it has certainly opened people’s eyes to a different way of living. This is a great opportunity to consult with the public on what they believe was effective, and use their voice for future mobility plans.

A full Topic Guide on Recovery and Resilience from COVID-19 has now been published and can be found here.

Additional relevant information can be found at: