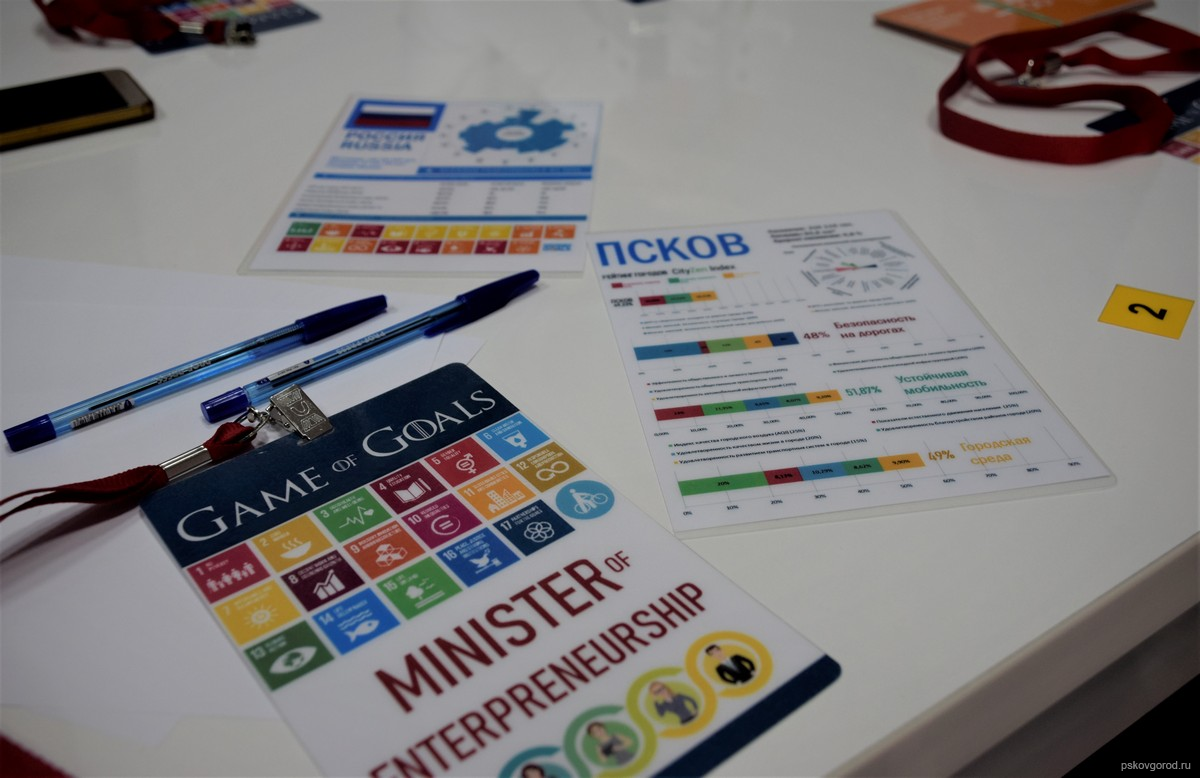 The Game of Goals is a 17 Sustainable Development Goals (SDG's) business game. The Game of Goals brings together creative players to find bold new projects and solutions to achieve sustainable economic growth – the growth that will not lead to depletion of natural resources but will both benefit the humanity and preserve our natural wealth.

Business games are becoming an important educational trend. Competitive excitement, championship fight and the opportunity to apply professional knowledge and experience in the form of a game stimulate participants to work together in a team, develop the project and managerial thinking and motivate the implementation of practical actions. The Green Mobility Initiative produced the Game of Goals for drawing the attention of young people to the global problems of our time, to foster the development of global citizenship through the promotion of 17 SDG's.

The 'minister' of each team developed a project to address the 11 goals for the sustainable development of Pskov. When creating the project, the resources used by the teams were not allowed to exceed 100%. The project was developed according to a special template to be potentially implemented in real life.

Each team then presented their project and explained how they have used the resources available to them to meet the global goal challenges posed. Each 'minister' then voted for the project they thought was best (using anonymous voting) and were not allowed to vote for their own project. According to the voting results, the winning team and the best project was determined.

As a result of the game, organisers came to the understanding that in order to achieve sustainable development, it is necessary to combine the legislative opportunities available to the municipality with the mobilising capacities of civil society and the resources of commercial organisations in order to more effectively identify and overcome obstacles to social progress and sustainable development.

This case study was created as a part of the cities.multimodal project and based on a report by Kristina Kobyz Head of the Committee of Cross-border Cooperation and Tourism Pskov City Administration and Olga Iakimenko expert of ICSER Leontief Centre.