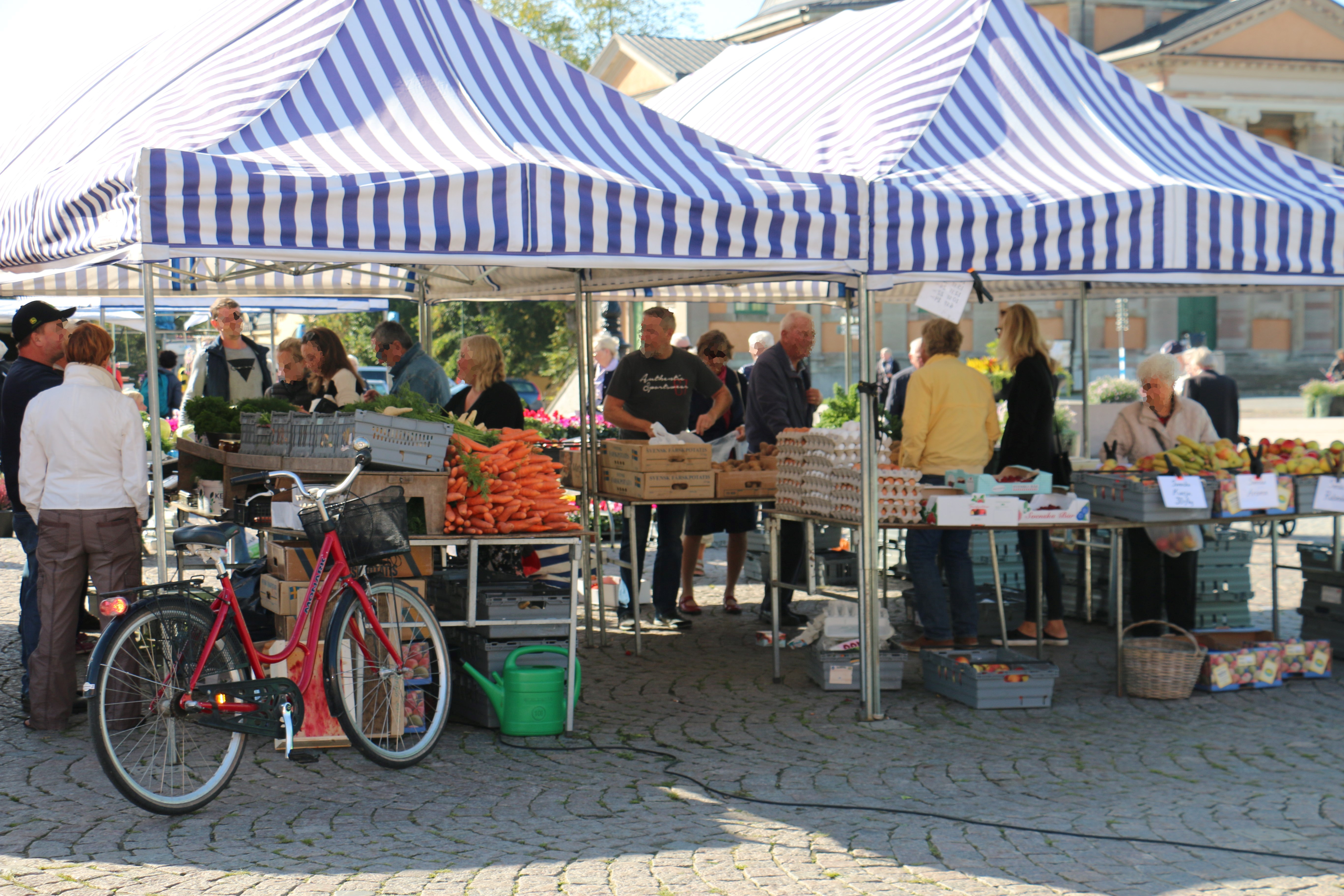 During European Mobility Week (EMW) 2019, the municipality of Karlskrona in Sweden implemented the concept of Living streets. For one Saturday, public space was closed to motorised traffic and used as a space for human interaction and for meetings between people and the municipality. This case study was created as a part of the cities.multimodal project.

The idea was to highlight what can be done in the absence of cars and how active mobility can be positive for a city. The municipality was responsible for the day, but residents were involved in a few different ways. People were there as visitors and participants, accessing information that was given by the municipality and engaging in a dialogue with municipal representatives regarding sustainable mobility and the prospect of having a car-free city center. Residents were also part of the activities that were arranged during the day. For example, some students engaged in activism as part of the international event Park(ing) day, which promotes sustainable mobility and planning by creating mini-parks in parking spots. There was also a local hobby horsing group that used a parking area to build a course as well as a combined farmers’ market and flea market, to name a few efforts.

This event was chosen as a way to allow residents to claim ownership of how their public space is used. Residents should feel ownership and responsibility for what happens in their city and how they choose to travel. It was designed to have an impact on the attitudes of residents and allow them to observe the positive side of opening up the city to people and lowering the number of cars - promoting the concepts of living streets and of sustainable mobility.

The initiative was implemented during Karlskrona’s European Mobility Week, which in turn was part of the Mobility management measures within the cities.multimodal project. The idea of the method was to start a discussion about mobility and engaging in Mobility management to nudge the population towards sustainability while also gauging the interest, attitudes, and opinions of the people for the future work of the municipality. The logistics department and project department together with the environmental strategist were responsible for planning the event. As it was part of the European Mobility Week, the planning started quite early, more than three months before the event. This was necessary in order to be able to find people who would take part and complete all preparations, such as obtaining permissions and structuring the layout of the event. The method was implemented during car-free day of European Mobility Week, in September 2019. As it was part of Karlskrona’s efforts within the cities.multimodal project, the majority of the funding came from there. Two project planners and an environmental strategist co-ordinated the event by setting up all activities, coordinating the participatory activities, bringing giveaways, and disseminating information about the event.

The target group included all residents of Karlskrona, regardless of age or social group. Residents were reached through face-to-face interactions, social media posts, ads on the municipality website, signage and posters around the city as well as guerilla marketing in the form of saddle covers placed on bicycles. All of this marketing was not done specifically for the car-free day, but rather for the European Mobility Week as a whole. However, the car-free day was the biggest event of the week and did take up a large share of the communication efforts.

The results and lessons learned will be used when planning the next European Mobility Week in the city. The concept of a living street has resonated with the municipality and an idea of creating a “summer street” has gained support on several levels. Preparations have begun and local business owners have expressed a lot of interest in having a pedestrian street outside their shops for a longer period. Such a street could also contain the typical elements of a living street – greenery, benches and of course the involvement of the locals, giving them the opportunity to communicate what they would like to see.

The living street concept during the car-free day was a successful method; it was both inviting and disruptive at the same time, which is a good environment for encouraging dialogue and sharing perspectives. During the day, cars had to give way to pedestrians and parking spots were used for local initiatives, as mentioned above, which is not very common in the city and therefore thought-provoking. There were many visitors during the day, partaking in the fun activities, absorbing information and discussing with the municipal staff.

No written evaluation (such as a survey) of the event took place and this is something that should be considered, in future. Furthermore, the municipal communication department was responsible for taking photographs and filming, but they did not attend when the most people were at the event.

However, there was a lot of media coverage from several local newspapers and the radio. The implementation of the method provided some lessons, including;