Brussels: promoting walking and cycling as a priority in urban mobility 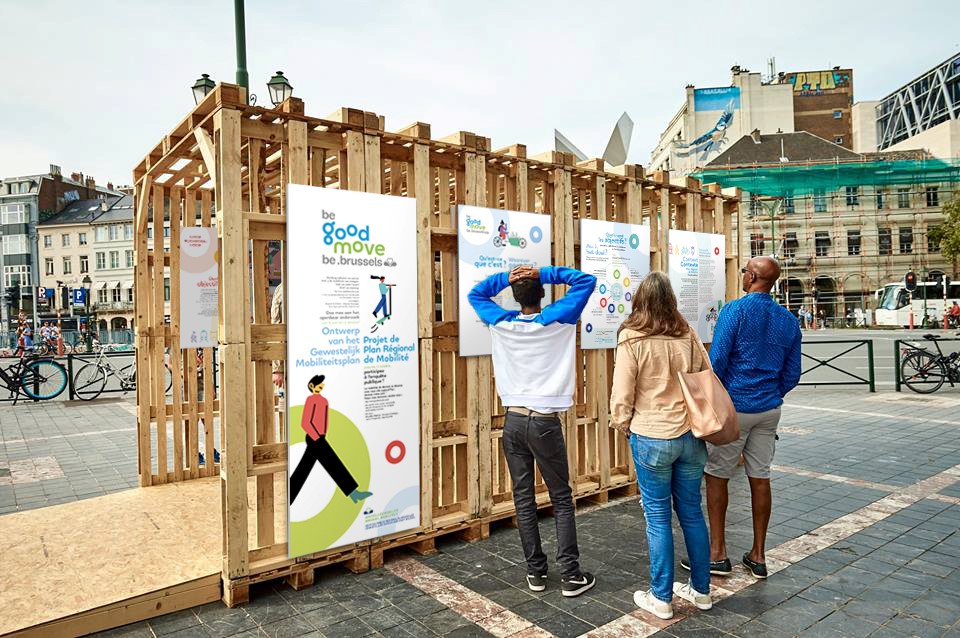 Brussels Capital Region was chosen as the winner of the 8th Award for Sustainable Urban Mobility Planning (SUMP Award), which focused on safe walking and cycling. Among the three SUMP Award finalists of Kaunas (LT) and Wroclaw (PL), Brussels showed the most elaborate and extensive plan and committed to a long-term endeavour which significantly impressed the jury.

In particular, the excellent outreach to a large variety of stakeholders was an essential factor for the jury’s decision. Moreover, the complex institutional environment of shared competences between the region, the communes and the neighbouring regions is an immense task for the regional administration in charge of the implementation of the SUMP. The ambitious goals of the Belgian capital region, a dedicated roadmap to achieve these targets, as well as the strong focus on road safety convinced the jury that it deserved to be selected as the winner.

Brussels Capital Region is home to 1.2 million inhabitants, who reside in 19 different municipalities that form the region. Centrally located in Belgium, the region attracts a significant number of daily commuters from the greater metropolitan area, which includes around 2.5 million people, or 20% of the Belgian inhabitants. Often branded as ‘the capital of Europe’, Brussels is home to many EU institutions, which attract economic and political stakeholders, ex-pats, and an international workforce.

Besides the EU institutions, many national and international companies have their Belgian or even European headquarters in Brussels. Around 700,000 people work in the capital region, of which around 50% commute from outside the region. Around half of the commuters use the car, thus more than 100,000 commuters congest roads in the capital region, every day.

The Belgian capital region is known as an urban settlement catered to the automobile, due to a car-centred mobility policy from the second part of the 20th century. Whereas in the past decades, cars have been moving bumper to bumper across the large boulevards and the inner-city ring, one can now observe a shift towards sustainable urban mobility in the Belgian capital.

Based on two previous iterations of the ‘IRIS’ sustainable urban mobility plan (SUMP), Brussels Capital Region is finalising a third update to the existing plans. The consecutive “IRIS” plans are aiming at implementing steps towards the city’s long-term targets, which include the safety of inhabitants, an integrated mobility system with a wide variety of mobility solutions, as well as a strong public governance position of the Brussels Capital Region among other political stakeholders.

Motivating residents and commuters to choose an active lifestyle is another significant aspect of the region’s mobility agenda. Cycling is the main area of improvement, as 56% of all trips are distances of less than two kilometres.

Brussels Capital Region aims to provide optimal pedestrian paths, particularly to support pedestrians with reduced mobility. To this end, a detailed audit of the 3600 km of pavements was carried out to identify all development defects that do not offer optimal universal accessibility. These defects are in the process of gradual repair.

Brussels Capital Region has observed an annual increase of cyclists by 13% per year since the turn of the century, as well as a doubling of public transport usage in the last 15 years. Nevertheless, mobility and road safety remain major challenges with significant areas for progress. Whilst Brussels Capital Region has been car-centred until recently, significant measures are now planned to cut pollution and the accident rate by reducing the speed limit to 30km/h in the inner city. According to city officials, the reduction of the speed limit in the inner city will be a significant factor to achieve the ambitious goal of zero fatalities.

Intermodality is another important aspect of the SUMP, as tram or bus stops are refurbished and are in the process of being equipped with 50,000 parking places for bikes. Clear parking zones will help citizens to commute quickly and with more environmentally friendly modes of transport. This identification will also include micro-mobility solutions, such as e-scooters, which will receive specific drop-off locations in each municipality to further enable the last-mile commute. This will be facilitated by the creation of 250km of pedestrian or meeting areas by the end of the IRIS lifecycle.

Overall, one can observe that reducing the attractiveness of private car-use, while simultaneously enhancing the accessibility and quality of public transport and non-motorised mobility, can lead to a paradigm shift. Thus, it is possible for the Brussels Capital Region to reach its ambitious goal to reduce the number of car trips by 25%. Since Brussels’ plans are so extensive, the jury emphasized “Brussels is raising the bar on how cities think about mobility, and not only in terms of transport networks, it’s about the nature of the city.”

The jury considered the efforts made by the region of Brussels to be remarkable, taking into consideration that only recently, the Belgian capital was infamous for traffic jams, car pollution and was considered a dangerous environment for cyclists and pedestrians. Additionally, the coordination of many political stakeholders on various levels has been very effectively co-ordinated with positive results.

One can observe that establishing a SUMP can create great opportunities for deepening cooperation and action in cities, as shown by the Brussels Capital Region and the third iteration of the mobility plan. Continuous amendments throughout the last years led to a long-term strategy with clear visions, including goals such as a zero-fatality rate and an extensive 30 km/h speed limit throughout the inner city.