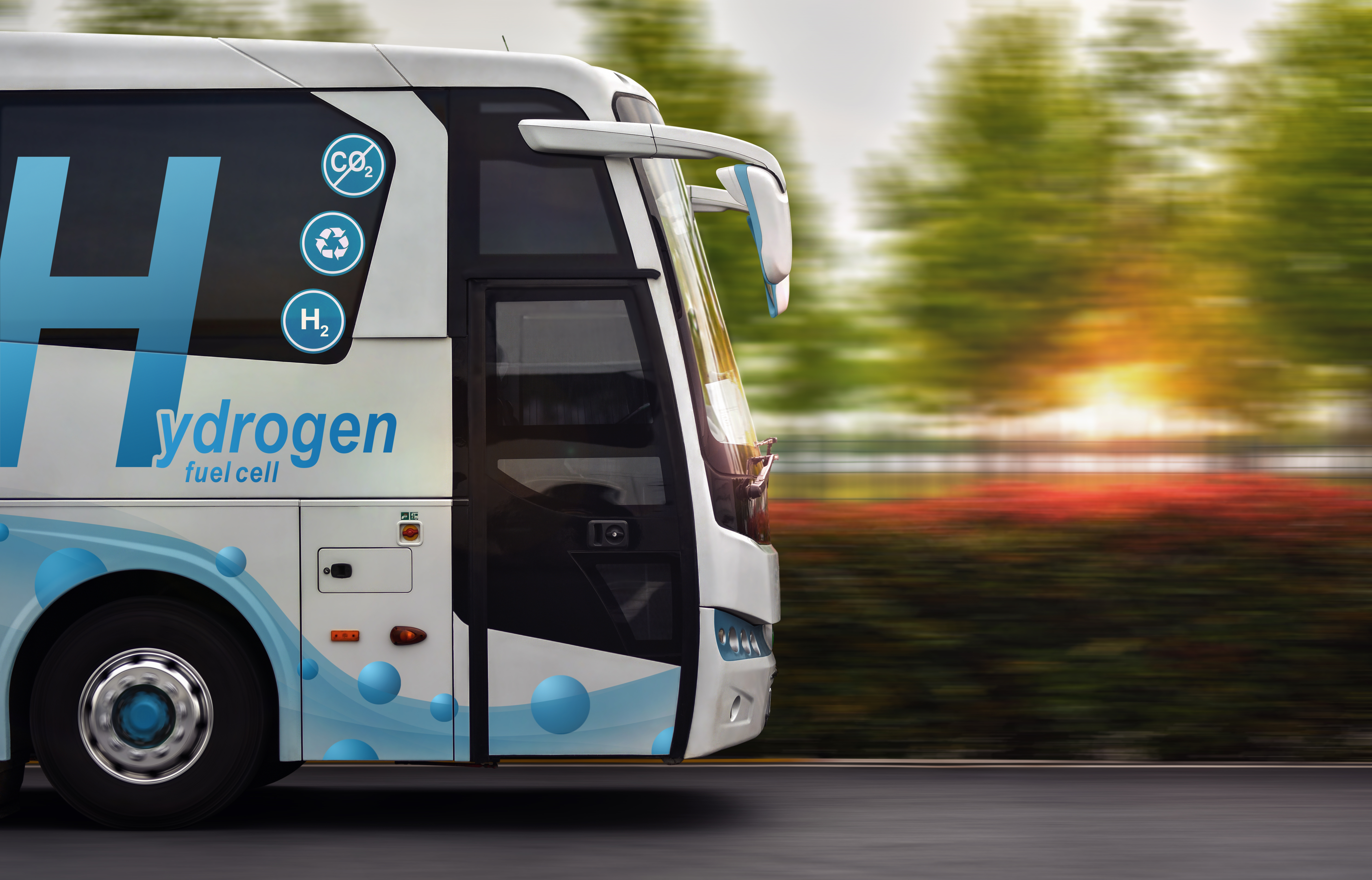 The first hydrogen-powered bus rapid transport (BRT) service in the world is to start operating in the southern French city of Pau. It will operate along a 6 kilometre express route using a new fleet of eight 18 metre Van Hool ExquiCity fuel cell buses.

Ballad Power Systems has supplied the fuel cell technology for the buses, which allows the vehicles to travel more than 300 kilometres per hydrogen filling. Each bus can carry up to 125 passengers.

The new service is part of Pau's plans to convert their public transport system to become more environmentally-friendly and accessible. The new 6 kilometre-long express bus line has 14 stops, while 85% of the route passes along a protected lane where the express buses have priority at junctions. This means that the 17-minute journey time should stay the same, even in heavy traffic, which will make the new service an attractive alternative to current methods of transport.

Keolis and the local transport company SPL STAP (Société de Transport de l’Agglomération Paloise) have partnered up to work on the project. Keolis have already been involved in projects around France, commissioning routes in Amiens and Bayonne-Biarritz using battery electric buses, as well as in similar projects around Europe, including in Oslo and the Netherlands.

Van Hool presented their ExquiCity18 fuel cell bus at the recent Busworld event in Brussels. In an interview with Sustainable Bus, CEO Filip Van Hool said ‘The same platform will be used to offer an articulated fuel cell bus in a classical look, so not specifically designed for BRT. In this way we will have a complete range of fuel cell buses, with both a 12- and an 18-metre version.’