Skip to main content
Home In Brief News Why is the difference in cycling between Copenhagen and Stockholm so substantial?

Why is the difference in cycling between Copenhagen and Stockholm so substantial? 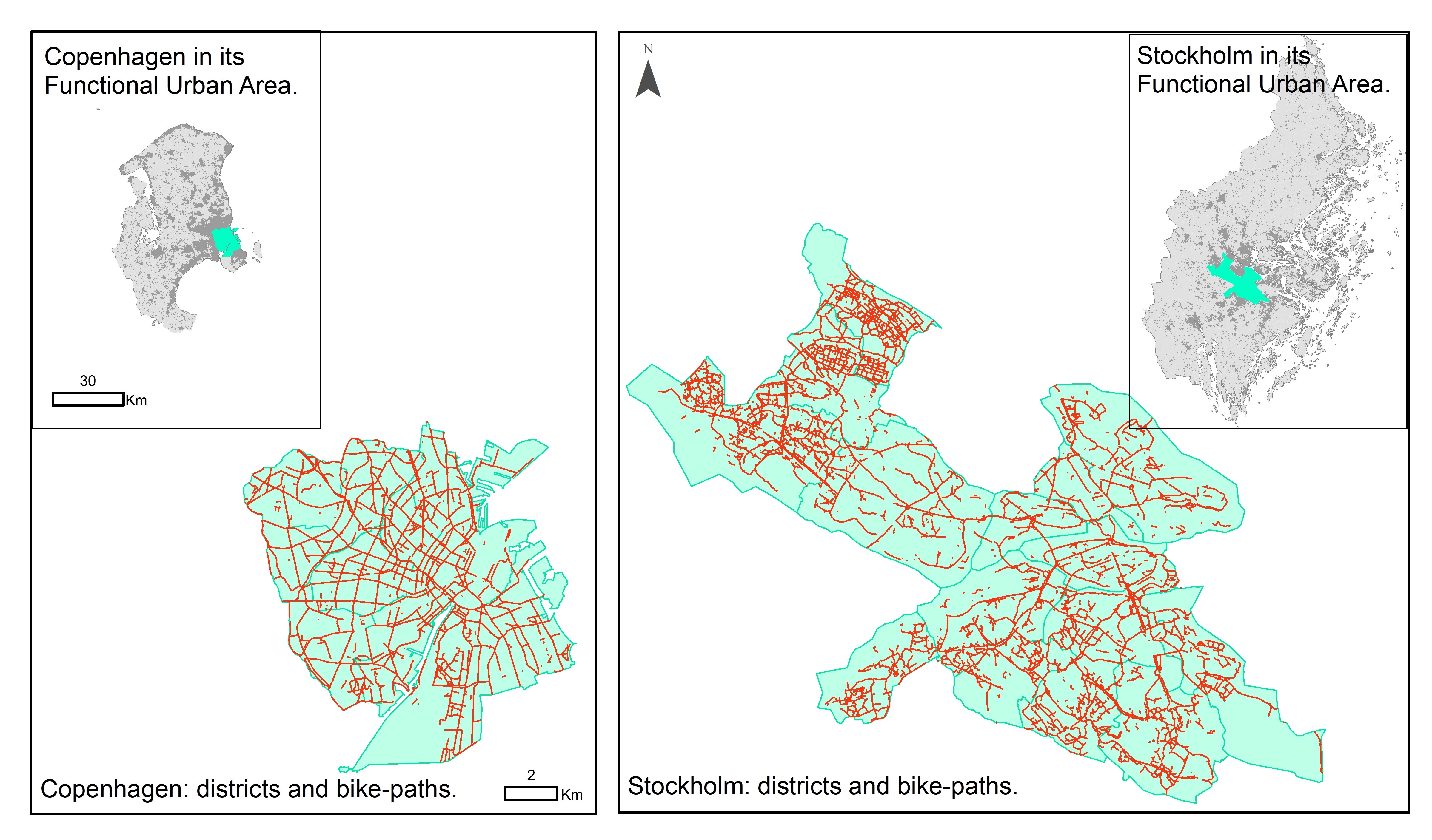 Why is there such a remarkable difference in the cycling levels between the two Scandinavian capital cities of Copenhagen and Stockholm? The two cities are generally considered to be culturally close but show clear differences with respect to cycling policies and infrastructure. A study, published in the International Journal of Sustainable Transportation in March 2019 sought to explain the level of variation between the two similar cities and finds the difference to be largely cultural and driven by the different policies adopted by each city.

Cycling levels are much higher in Copenhagen than Stockholm. Based on all trips to or from the two cities, bicycles reach a mode-share of 27% for Copenhagen and a modest 3% for Stockholm (2011-2013). A large difference is seen both for weekdays and weekends and in both summer and winter – but the difference is especially remarkable during winter, when only 1 out of 10 Stockholm travelers cycle, while 2 out of every 3 Copenhagen residents make their journey by bike.

Copenhageners in general also perceive bicycles as having a higher priority in traffic in their city than Stockholmers do, whereas Stockholmers perceive public transport as having a higher priority in their city. Moreover, citizens of both cities think that cars should be prioritised less in shared road space, but they differ when it comes to which other modes should receive higher priority. Stockholmers primarily point to public transport, whereas Copenhageners point towards public transport and bicycles. Based on the results, Stockholm appears very much like a city with a public transport culture and Copenhagen as a cycling city. That cyclists in Stockholm often feel marginalized might be the result of the history of transport planning in Stockholm that has focused primarily on motorised transport, while cycling in Copenhagen has been a priority since the 1970s and has been increasingly in focus in recent decades where innovation and infrastructure expansion dedicated to cycling seems to have accelerated. However, when trying to explain the large difference in cycling between the two cities, neither the cyclists’ perceptions of priority nor the differences in the provision of cycling infrastructure can adequately explain the difference.

Socio-economic, mobility and perception variables are related to cycling levels and contribute to the difference, but most of the difference between the two cities seem to be beyond these well known and anticipated effects. The difference may be related to an overall cycling culture, which we find in Copenhagen but not in Stockholm. Historically, Copenhagen and Stockholm have followed different trajectories with respect to cycling policies.

The resulting mobility cultures appear to be poorly described by individual-level metrics as attempted in this study. Understanding the wider set of factors that form a cycling culture would be highly valuable to cities around the world that are aiming to stimulate cycling. Future studies should aim for additional comparisons across cultural contexts to study the basis for cycling and mobility cultures, their rigidity or changeability, as well as their role as preconditions for travel choices.