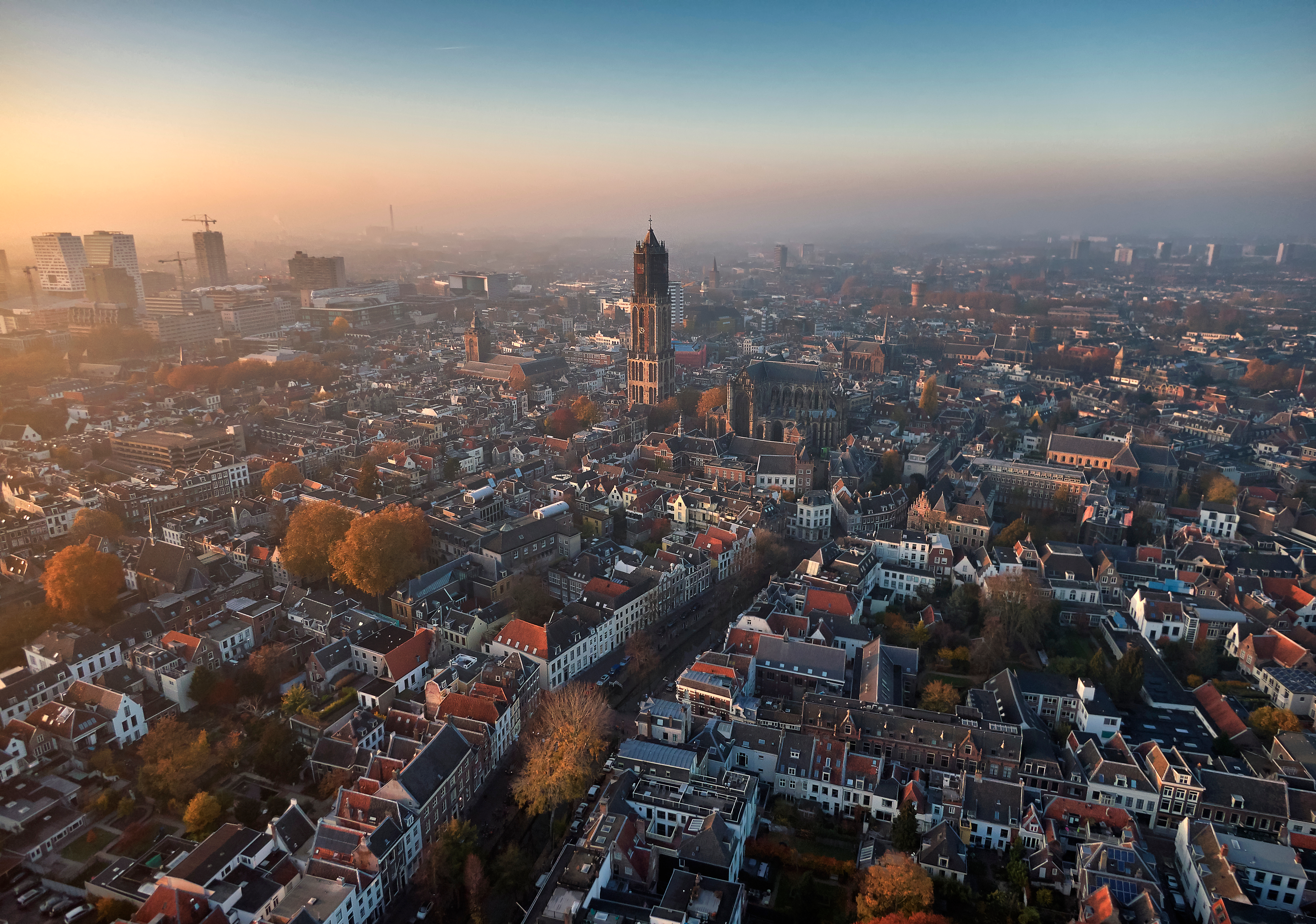 The Dutch city of Utrecht has won the 2021 Fully Charged CITIES award. The award is designed to recognise those cities who are committed to eradicating air pollution and creating a smarter, more habitable city and also to inspire other cities to follow their lead. The award attracted entries from across Europe, the USA, the Middle East and Australia, proving that there is a drive for change globally.

Utrecht has garnered much attention and accolade for its sustainable mobility agenda. It first pioneered car free areas of its city centre in 1965, and has long led the way in walkability, the deployment of cycling infrastructure and the decarbonisation of transport. The city is now host to the world’s largest bicycle parking garage, as well as many cycling paths on which cyclists have priority over cars, prompting almost a third of residents to travel to work or school by bicycle each day.

Utrecht is now also leading the way in electromobility, a feat recognised by the Fully Charged CITIES award, which prize recognises the city’s actions in this area. The city is aiming to be the first in the world to have fully bidirectional charging for electric vehicles, i.e. using electric car batteries to help solve battery storage issues surrounding solar energy usage. This is being trialled in a car park, where solar panels will send electricity both to an office building and to cars when the sun is shining. However, when it is dark, the cars’ batteries reverse, sending energy to the building, so the office can keep running on solar, while using software to manage the energy demand. So far, 500 bidirectional charging stations have been installed in the city.

With the Netherlands planning to ban the sales of new petrol and diesel cars in 2030, action to support the electrification of transport and its integration into the wider energy system must continue, not just in Utrecht but across Europe.

Region:
Northern Europe
Country:
Netherlands
Topic:
Clean and energy-efficient vehicles
Link:
Utrecht is the winner of the Fully Charged CITIES award 2021 for excelling in the deployment of clean energy and smart mobility