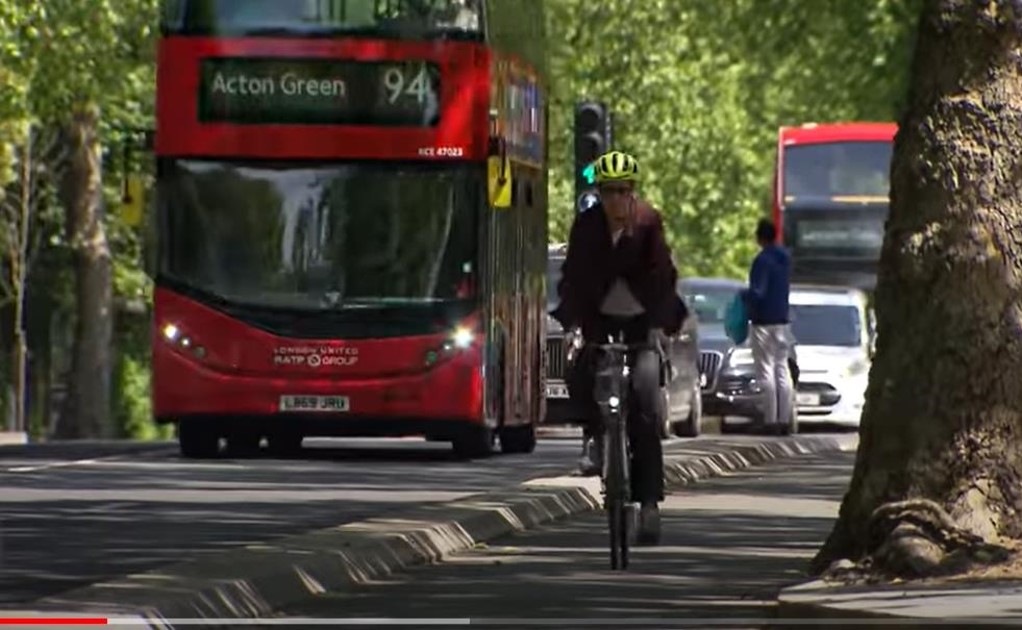 UK Transport Secretary Grant Shapps announced in November that the government will provide local councils across the country with a further £175 million (€154 million) to create safe space for cycling and walking. The announcement came shortly after surveys and independent polls showed strong public support for measures to reduce road traffic and reallocate road space for active travel.

The funding is designed to support local councils’ plans to provide segregated cycle lanes, pedestrian improvements and create low-traffic neighbourhoods, where residential side streets are closed to through traffic to stop 'rat-running' (when commuters use side-streets as short-cuts - or simply alternative routes to avoid heavy commuter traffic). The funding could also be used to create ‘School Streets’, introducing temporary restrictions on motorised traffic on roads near schools at school drop-off and pick-up times.

The funding is part of a wider plan to promote active travel which was announced in May this year. Commitments from the plan include;

Implementation will require some £2 billion (€1.76 billion).

“It has been great to see so many people build cycling and walking into their daily travel habits. To support them, we know it’s vital to have the right infrastructure in place so everyone – cyclists, pedestrians and motorists – can use our roads”, said Shapps on the announcement.

The announcement for the multi-million new investment comes after the publication of the findings of a new survey by Kantar Media, which suggests nearly eight-in-ten people support measures to reduce traffic in their neighbourhood, while almost two-thirds of people in England 'support reallocating road space to cycling and walking in their local area'. Further independent polling in London also found that over 50% of residents supported the Low Traffic Neighbourhood scheme with just 19% opposing it.

Prime Minister Boris Johnson said: “We can see the public’s strong appetite for greener and more active travel, and this funding will help ensure the right infrastructure is in place to build truly active neighbourhoods.”

The new funding comes with a clear warning of new conditions on councils receiving funding. The conditions are centred around seeking proper public consultation before implementation, taking in lessons from a previous funding round at the beginning of the COVID-19 pandemic.

While surveys have shown the broad public support for measures that reduce road traffic and reallocate road space for active travel, there has also been a vocal minority opposing the measures. In various neighbourhoods, residents took to protesting the changes claiming the new measures had only increased traffic and pollution in other parts of their borough. In addition, they claim the measures have an adverse impact on the response time of emergency services and that local governments should not discourage car-use especially in times of COVID-19 as it would be safer to travel by car than by bike or public transport.

In a letter to council leaders outlining the new funding allocations, the Transport Secretary stressed the need for proper public consultation. He also highlighted new measures should be effective and make meaningful change. While most schemes were of genuine value in promoting cycling and walking, mister Shapps said many of the pavement widenings put in town centres by many councils using barriers could “prevent pedestrians from crossing the road, cause congestion for buses and motor traffic, and impede access for kerbside businesses,” yet were also “relatively little used by pedestrians”.

Transport Secretary Shapps confirmed that future allocations of infrastructure spending would be reduced and even potentially clawed back in case measures developed with the new funding support would face similar problems.