Transport strategy for 2040 is released for Cork 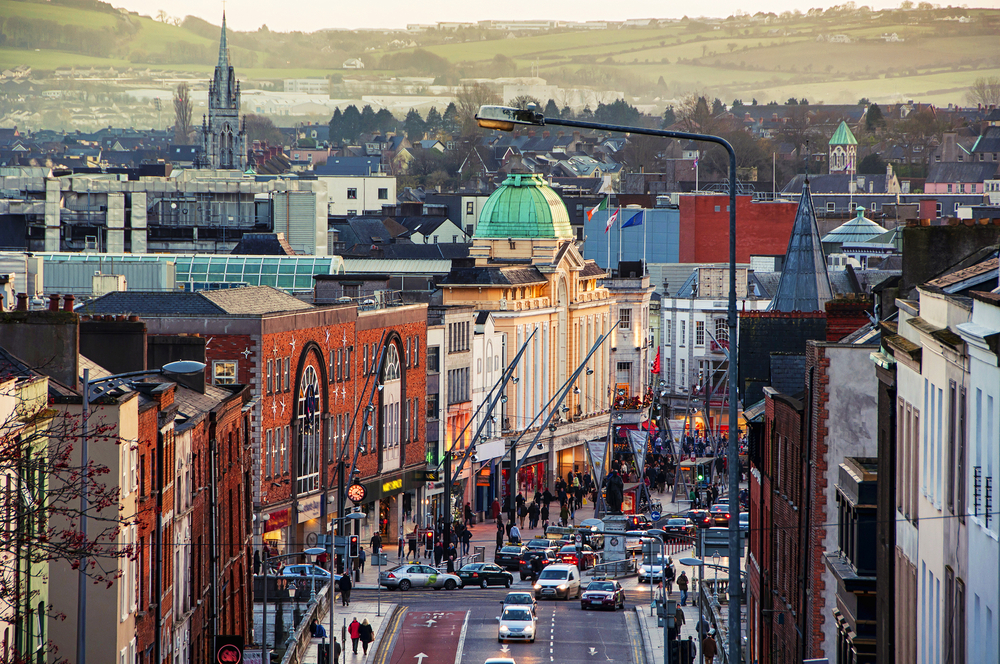 A new transport strategy has been published for the city of Cork, in Ireland.

The National Transport Authority, the transport authority for Greater Dublin and the public transport licensing agency for Ireland developed the strategy in association with Cork City Council and Cork County Council. The publication of the strategy follows an extensive consultation period that ran for six weeks, during which a series of information events were organised in which the public were invited to provide feedback.

Amongst the aims of the strategy, which sets out the city’s transport vision for the next 20 years, is to increase the number of journeys undertaken every day by people using public transport in Cork by almost fourfold from 83,000 in 2011 to 334,000 in 2040. Moreover, the strategy aims to deliver an increase in bike journeys from 8,300 per day to 52,000, while the aim is for the number of journeys taken on foot to increase from 174,000 to 273,000. At present, only 33% of journeys are taken using sustainable transport modes, such as walking, cycling and public transport. The strategy aims to bring that number up to over 50% by 2040.

Other measures included in the strategy include an enhanced bus network, the improvement of the existing suburban rail network, a new Light Rail Transit tram system to serve the city's East-West Transit Corridor, new segregated cycling routes and higher standards of urban design in new developments to consistently prioritise pedestrian movement and safety over the private car.

“The Cork Metropolitan Area Transport Strategy will ensure that Cork is properly equipped from a transport point of view, to meet the demands that come about as a result of the kind of growth that is projected for the city” said Ann Doherty, Chief Executive Officer of Cork City Council. “By investing in transport now – buses, light rail, walking and cycling – we will make sure that in the future, Cork can be a great place to raise a family, start a business, go to college or make a life.”

Anne Graham, CEO of the National Transport Authority, said that “the Cork Metropolitan Area Transport Strategy will deliver change at both the city and regional level in Cork, providing a reliable sustainable transport offering for local communities.”