Tongeren (B) to transform its city centre into bicycle zone 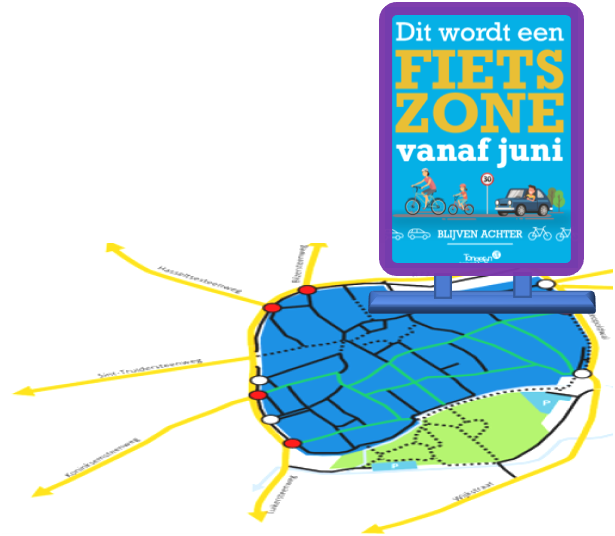 "With the bicycle zone we want to ensure more safety and comfort for the cyclist, and create a healthier climate and a better quality of life in the city centre", says Patrick Jans, aldermen for mobility.

Bicycle zones are a relatively new phenomenon in the Flanders Region. Although bicycle streets have been around in Flanders for quite some time, the road code only has only allowed the creation of bicycle zones since July 1, 2019.

As with 30 km/h zones, bicycle zones consist of a  series of streets where specific legislation regarding bicycle streets applies.  Where city centres typically lack space to give everyone sufficient and safe space, bicycle zones can provide a solution, giving pedestrians a spacious sidewalk, while cyclists can safely share the street with motor vehicles in streets with a 30 km/h speed regime.

Following the example of the cities of Kortrijk and Mechelen that designated their historic centres as bicycle zones, the city council of Tongeren has also decided to transform the entire city centre into a bicycle zone. Aldermen Patrick Jans: "We did that because the historic city centre does not lend itself to the construction of wide cycle paths"

All 53 streets within the city walls are thus transformed into bicycle streets. The entrances of the cycling zone are clearly marked with signposts and red markings and / or bicycle logos on the street throughout the zone. The rules that already apply in the bicycle streets also apply in the bicycle zones. Cyclists are allowed to use the entire width of the road in one-way streets. In two-way streets, cyclists use the entire right half of the road.

All streets and locations in the city centre remain accessible. The traffic circulation is not adjusted.

Cars and other motor vehicles have access to bicycle streets but are not allowed to overtake cyclists and a speed limit of 30 kilometres per hour applies. In the pedestrian zone, the rules remain as they were: only pedestrians and certain vehicle categories can access the area and use the full width of the road.

It is likely other Flemish cities will soon follow the example of Tongeren. Some of those, like Diest and Werchter, have already been piloting temporary zones. In a time of Covid-19, many others are now looking to promote cycling and create safe cycling routes. It can be expected the number of cyclists will continue to increase as Covid-19 mobility restrictions are gradually relaxed. With temporary traffic signs, good police regulations and clear communication temporary zones can be created relatively quick and easy. With a need for more permanent solutions, it will be interesting to learn from the recent experiences and which good practices will be (more) broadly adopted in the long run.