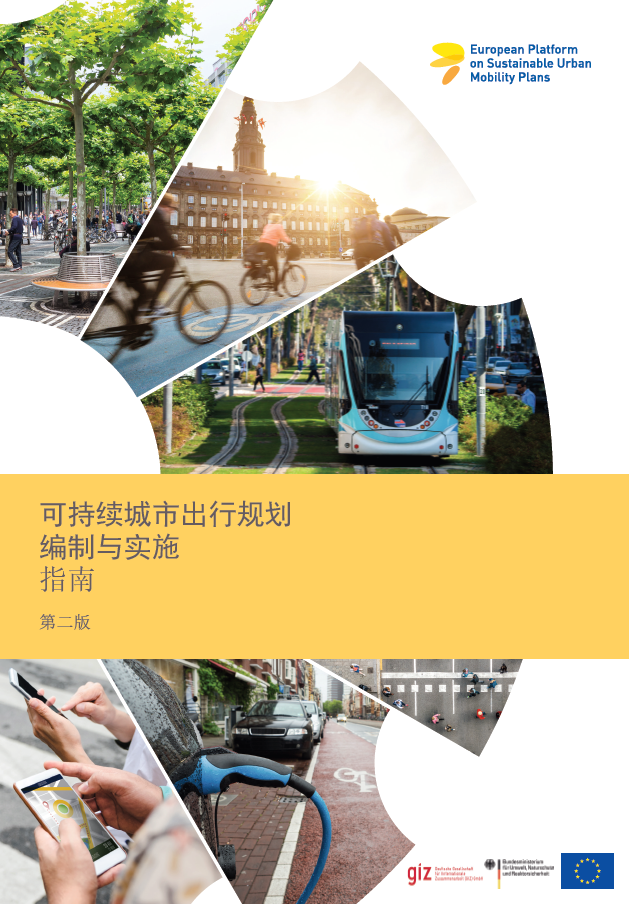 One of these countries is China, where the idea of SUMPs has recently been drawing wide attention. The rapid growth of Chinese cities, causing increased travel demands, conflicts about urban space, and environmental and climate issues, calls for a new approach of developing urban mobility in a more integrated way. While Chinese cities, like many other cities worldwide, are facing increasing environmental pollution, traffic congestion and road safety issues, the better integration of transport and urban planning is seen as a key to mitigate these effects and to create more livable cities.

Moreover, with a share of almost 60% of the Chinese population living in urban areas by 2018 - about 836 million people - and a continuously growing urban population which is forecast to reach 70% by 2030, China’s cities also have a great potential to substantially contribute to global sustainability goals as well as climate targets through enhanced and comprehensive sustainable mobility planning.

Therefore, the SUMP Guidelines were translated into Chinese – to offer Chinese municipalities improved access to the SUMP concept, support their local SUMP development, and encourage the spread of SUMP. The SUMP Guidelines were translated by the Sino-German Cooperation on Low Carbon Transport (CLCT), which is commissioned by the German Federal Ministry for the Environment, Nature Conservation and Nuclear Safety (BMU), being part of the International Climate Initiative (IKI). The project, in cooperation with the Chinese Ministry of Transport (MoT), aims to support the low carbon development of the Chinese transport sector. More information on the CLCT project can be found here. The Chinese version of the SUMP Guidelines can be downloaded using the link below.

All future translations will be available to download as documents from the SUMP Guidelines page on Eltis.