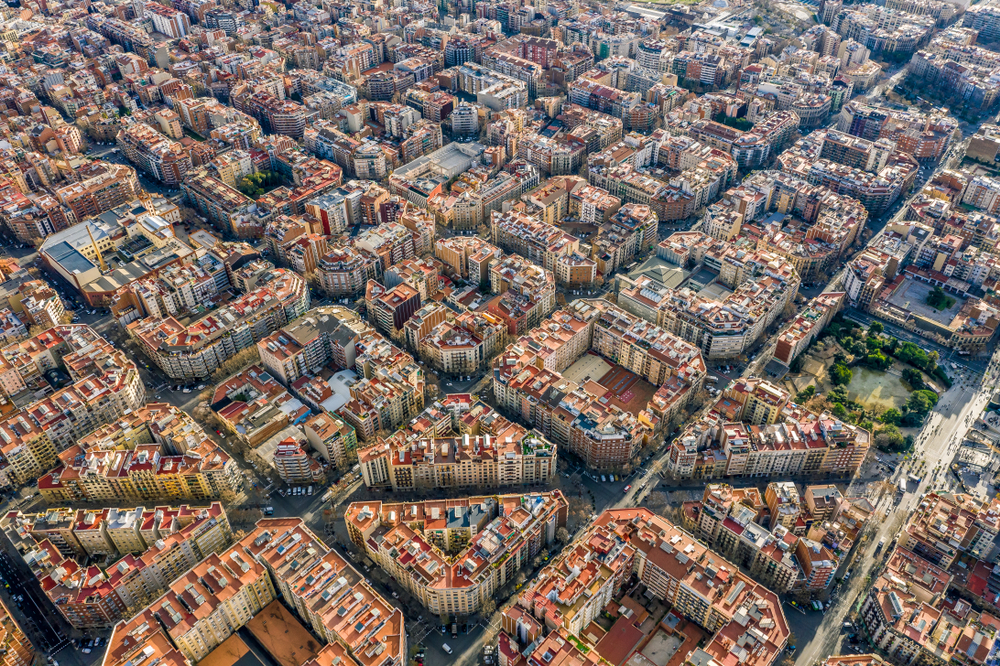 A recent study by the health institute BCNecologia, based in Barcelona, suggests that there are potentially significant benefits to be delivered from Barcelona’s ambitious plans for applying the superblock model. The model effectively takes urban space away from the car and gives it to people, enabling an increase in walking and also providing more space to socialise. The superblocks also have better cycling and public transport links, to replace car journeys.

To date, Barcelona has implemented 6 superblocks. These, despite initial strong opposition, are already seen as success stories: inhabitants rate their quality of life higher than before and retail is benefiting with a 30% increase. Given the fact that 503 superblocks are eventually planned, the ultimate effects on traffic volumes, traffic accidents and emission levels, as well as on premature deaths, as estimated in the new study, suggests that the concept is more than just promising.

The study estimated the potential impact of a wider implementation of the superblock model in Barcelona. According to the study, nitrogen dioxide levels would drop from current levels of 47 micrograms to 36 micrograms, so below the current legal limit of 40 micrograms. Private car trips are estimated to decline from the current level of 1.2 million trips per week to 230,000, due to an increased use of public transport, cycling and walking.

Moreover, the figure for premature deaths per year would reduce by 667 and the average life span of inhabitants would extend by 200 days on average. Further impacts, such as lower noise levels and less of an urban heat island effect are also predicted. The study also estimates that there would be cost savings to the city of €1.7 billion from the wider implementation of the superblock programme. City-wide, around 60% of roads that are currently dedicated to car use would be converted to other uses.

Natalie Mueller, the main author of the study, recognises the limitations of the study: the figures are estimates and the methodologies used have limitations. Nonetheless, the results are a strong indication of the potential positive impact of urban planning and traffic reduction measures on human health.

Article published first at www.orf.at on 28th of September 2019.