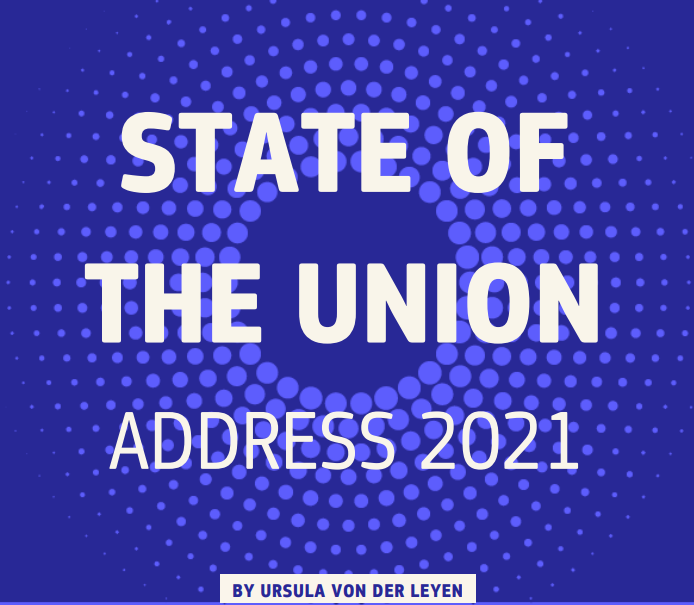 President of the European Commission, Ursula von der Leyen, delivered her State of the Union address on 15 September 2021. Within her address, the President outlined flagship initiatives which the Commission plans to undertake in the coming year.

These, amongst others, include:

The address outlined the importance of “a Europe united in responsibility”. It reinforces the urgency of tackling the climate crisis and outlines that Europe is ready to do more, while calling on major economies to fulfil their responsibilities.

For further information, and to access both the State of the Union address and Letter of Intent, please visit the following website: