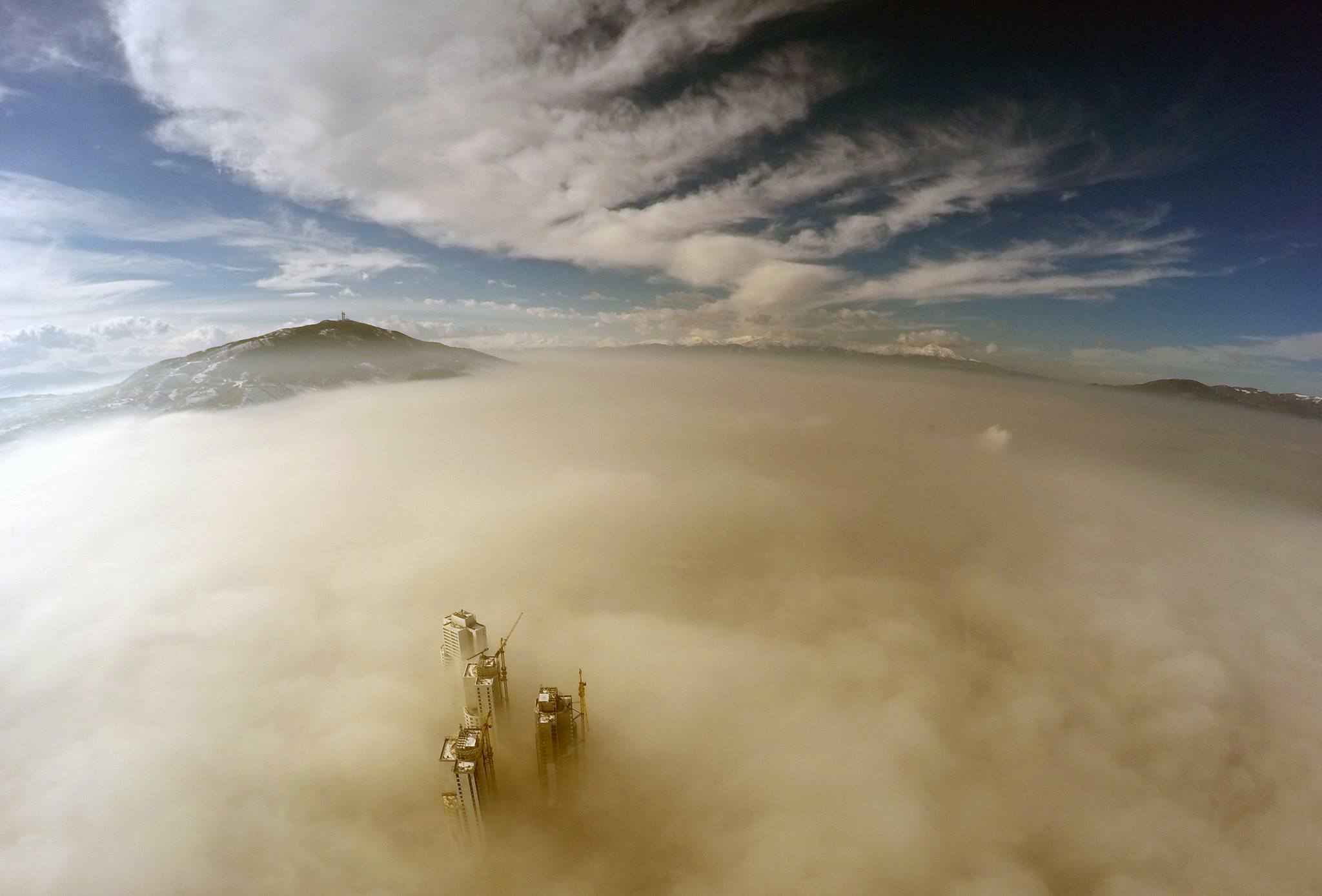 The air in Skopje, the capital of North Macedonia, is one of the most polluted in Europe because of the city’s geographical position and its reliance on fossil fuels. However, over recent years, public protests have pushed policy makers to take action to improve air quality.

The air in North Macedonia is one of the most polluted in Europe; the rate of premature deaths is higher than in most EU Member States. Every year 2,574 people die prematurely as a direct result of air pollution, reports BreatheLife, a joint campaign by the World Health Organisation, UN Environment and the Climate and Clean Air Coalition (CCAC).

One of the major pollutants is PM2.5, which is produced by the combustion of fossil fuels. In Skopje, its concentration is 4.5 times higher than the WHO limit value of 10 micrograms of particles per cubic metre of air (µg/m3). In Tetovo, it is 8.1 times higher than the healthy threshold. Moreover, the current low temperatures are making the situation worse, because of the emissions resulting from the use of fossil fuels for heating buildings.

The low average income (minimum salary is 260 euros) and energy poverty are just two of the issues making Skopje such a polluted city. Another reason is its natural position, as the capital of North Macedonia is located in a valley surrounded by mountains that trap the fog. The situation is further complicated by a temperature inversion, a natural phenomenon which causes warm air to remain above cool air and which contributes to the effect.

In 2015, when he was only 22, Gorjan Jovanovski, created an innovative web and mobile app called Moj Vozduh, or AirCare in English. He was a young engineering student trying to learn how to make applications for Android devices, when he stumbled upon the open data about air pollution on the government’s website. Gorjan decided to provide this information using easy-to-use graphics, to help everyone easily understand the information. Soon many citizens started calling on the national and local authorities to deal with the emergency.

Several demonstrations have taken place to ask for a significant change of pace in policy action. The app obtains data from monitoring stations around the country. Its creator is also looking to use satellite information from the European Space Agency and NASA. Even if it was originally designed for ordinary people, today the app is also used by scientists and politicians. Currently there have been over 100,000 downloads from the Google and Apple stores just in the Balkan area; the app has also received several awards for social innovation.

Elena Gjeorgievska is a member of the community Skopje Smog Alarm, which was born on the wave of the eco-movement boosted by the Gorjan’s app. It has reached more than 23,000 followers on Facebook. She says: “It’s well known that pollution is a main trigger for votes, and this was especially the case during the last campaigns. These days we have a meeting with the President of the Republic and we are demanding action, immediate action. We are not accepting any more excuses.”

Lovren Markic, head of International Cooperation Department in Skopje Municipality, claims that the pollution level in the capital is slowly improving. He outlines the initiatives in the pipeline: “Speaking about short-term solutions, we give subsidies for cleaning chimneys, for buying bicycles, electric scooters. We have set up new charging points and free parking for electric vehicles, and limited the transport of goods in the central city area. We have procured 33 new compressed natural gas (CNG) buses for the public transport company. Winter is coming and, in the event of a pollution peak, we will provide free public transport, and we are planning a much more frequent street cleaning. ... Skopje is a sprawling city (25 km East/West and 8 km North/South), so we are working on establishing a new mass public transport system with around 100 million euro budget promised by the central government in order to introduce light tramways, buses rapid transit (BRT), electric or hybrid megabuses. We should finish this by the end of 2021.”

Seeing is believing: Lovren Markic says that people can check how the situation is changing in Skopje through the app AirCare. This is meaningful since the tool can help residents hold politicians to account for any unfulfilled promises.