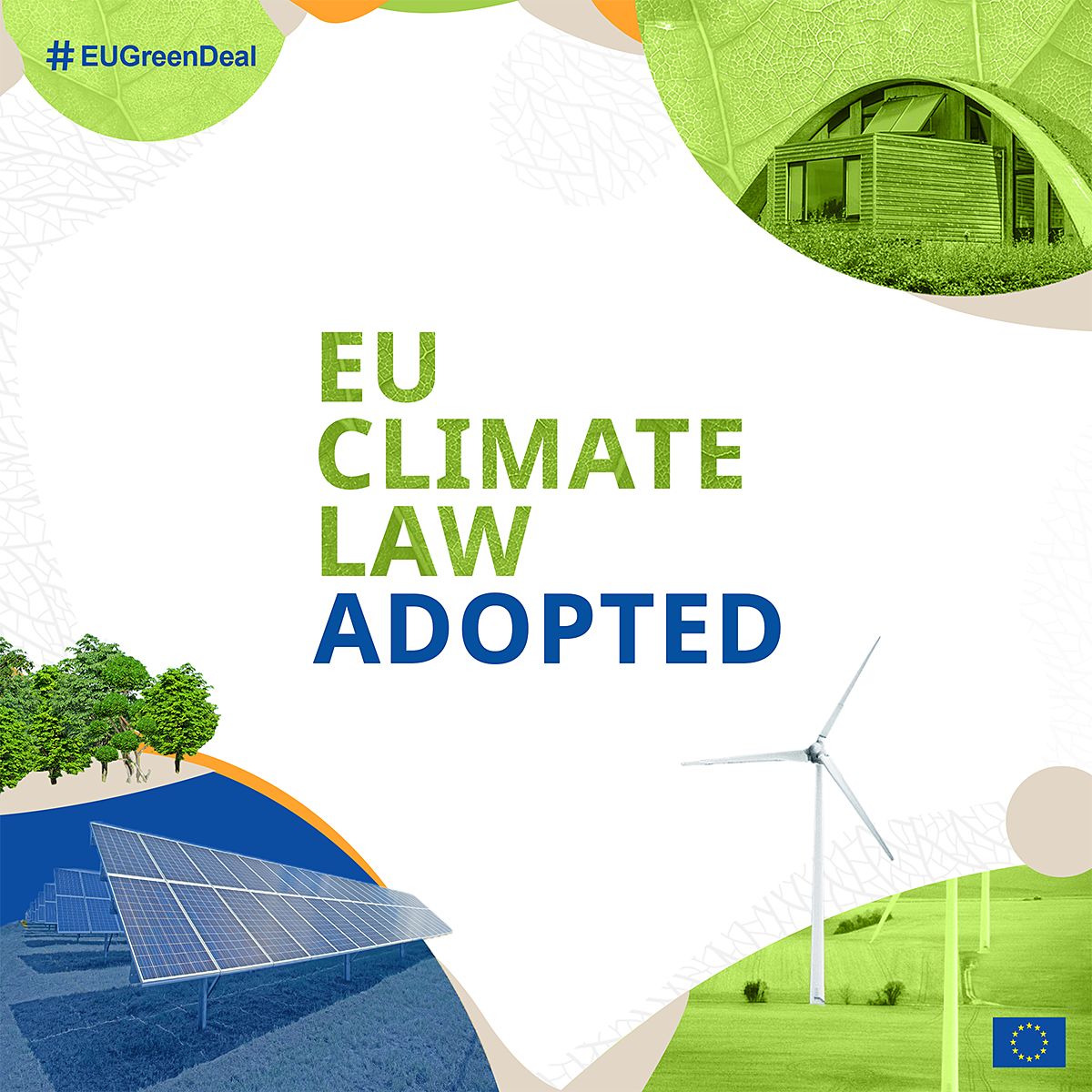 This agreement on the European Climate Law is a key milestone for the von der Leyen Commission, delivering on one of the commitments announced in the President's Political Guidelines in July 2019.

President Ursula von der Leyen said: “I am delighted that we have reached an agreement on this core element of the European Green Deal. Our political commitment to becoming the first climate neutral continent by 2050 is now also a legal commitment. The Climate Law sets the EU on a green path for a generation. It is our binding pledge to our children and grandchildren.”

Executive Vice-President for the European Green Deal, Frans Timmermans added at the time: “This is a landmark moment for the EU. We have reached an ambitious agreement to write our climate neutrality target into binding legislation, as a guide to our policies for the next 30 years. The Climate Law will shape the EU's green recovery and ensure a socially just green transition. Today's agreement also reinforces our global position as a leader in tackling the climate crisis. When world leaders gather on Earth Day, the EU will come to the table with this positive news, which we hope will inspire our international partners. This is a good day for our people and our planet.”

In addition to the 2050 climate neutrality target, the deal strengthens the European framework for climate action by introducing the following elements:

For further information on the European Climate Law, visit the following websites: