Plovdiv is planning to implement a Low Emission Zone 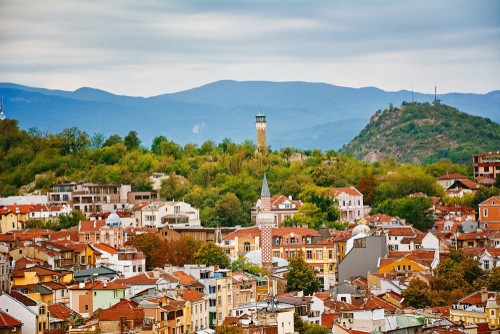 The city of Plovdiv in Bulgaria is planning to increase restrictions on polluting vehicles to tackle air pollution. In February 2022, the city administration announced that it was working on the methodology for the introduction of a low emission zone (LEZ), along with changes to freight loading zones.

Most European cities that have an LEZ use the Euro emissions standard of a vehicle as the criterion for defining what vehicles are considered to be too polluting. However, in Bulgaria nearly 20% of cars do not have a specified Euro emissions standard. This is why the national transport ministry has decided to allow cities to combine several indicators for determining a polluting vehicle, including: date of first registration; Euro emissions standard (if available) and the actual measurement of emissions of polluting exhaust gases, such as carbon monoxide, nitrogen oxides, hydrocarbons and particulate matter (for diesel cars only).

According to the European Environment Agency, almost 14,000 people a year die prematurely due to polluted air in Bulgaria. Back in July 2021, charges were brought against Plovdiv by the Bulgarian Supreme Court of Cassation due to air quality issues in the city. The court ruled that from June 2022, if the city exceeds its air pollution limits, any resident would be able to bring a legal challenge against the city and ask for compensation for health damage.

Another proposal that the authorities are discussing is to include a so-called ‘green wave’ of 50 kilometres per hour on the most congested roads. At the same time, officials have proposed to install live pollution trackers that will enable certain parts of the city to be cordoned off from some traffic when pollution is too high. The pollution trackers would measure pollution levels and indicate entry bans for the most polluting vehicles.