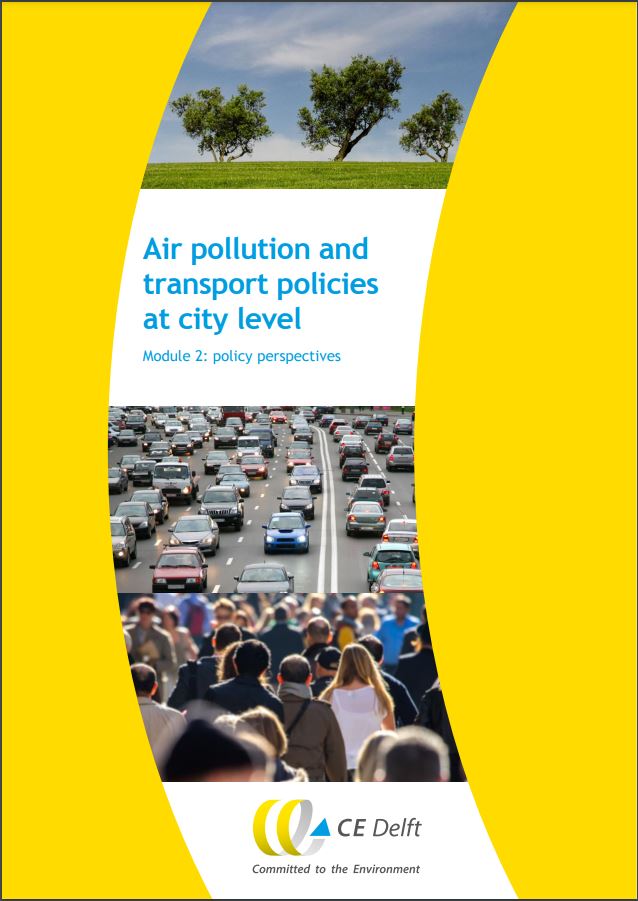 The European Public Health Alliance (EPHA) have urged cities throughout Europe to restrict traffic in order to tackle growing levels of air pollution as pandemic restrictions ease. The call is based on a recent study conducted by CE Delft and the EPHA published on 23 March 2021.

The study is focused on ‘Air pollution and transport policies at city level’. The findings indicate that the quickest and most effective solutions to improve air quality, in order of magnitude of impacts, are:

According to the European Environment Agency (EEA), air pollution is the number one cause of premature deaths from environmental factors, with cities worst hit. In addition, air pollution causes diseases that are linked to higher Covid-19 death rates, according to the WHO. While pandemic restrictions resulted in improved air quality, pollution levels have once again risen and in some cities are higher than before the pandemic.

The study investigated 28 types of urban policies currently implemented in cities around the world, to assess their effect on reducing particulate matter (PM) and nitrogen oxide (NOx) emissions from traffic.

The findings indicate that a 10-20% reduction in PM and NOx emissions are attainable through implementing LEZs and congestion charging. Restricting polluting vehicles was particularly effective in cities like Milan, London, Krakow and Athens, cutting PM and NOx pollution from traffic by up to 23% and 36% respectively. This resulted in estimated savings of €130 million in health and other costs per year.

Charging such vehicles to enter cities like London, Stockholm, Gothenburg and Milan cut PM by up to 17% and NOx up to 12%, saving up to an estimated €95 million in social costs. There are however uncertainties, particularly for LEZs, as their effectiveness is largely dependent on the stringency of standards upheld and the size of the zone.

Parking policies can also be an effective tool as there are cheap to implement. The study found that in the few cases it has been used specifically to cut pollution, it achieved 5-10% cuts. By contrast, dedicating space for cycling and walking is expensive, particularly in dense cities, and findings indicate they are comparatively less effective at reducing levels of PM and NOx. However, walking and cycling yields other benefits; these include increased health from active mobility and improved quality of city life, if space allocated reduces car traffic.

Further information, and the complete report may be found at the following websites: