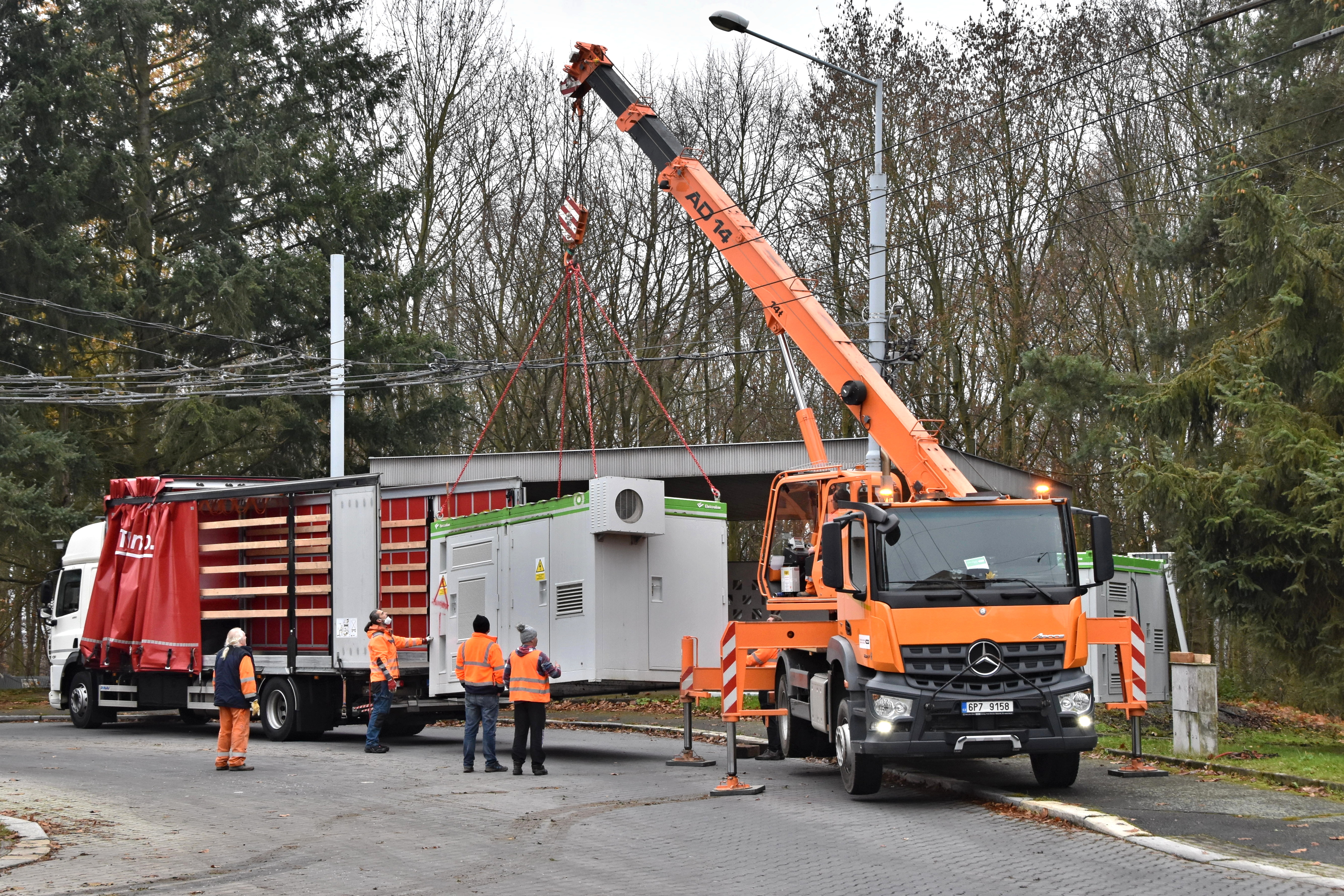 In September 2020, the Pilsen City Public Transport Company (PMDP) in Pilsen, Czech Republic announced the launch of a series of tests for a 'battery buffer storage station' at the final station of the trolleybus line 16. The charging station is connected only to the trolleybus overhead wires from which its battery is continuously charged, and under load it is able to quickly supply a larger amount of energy back to the trolleybuses. The main function of the station is to strengthen places with insufficient power supply.

PMDP got the opportunity by the provider of the battery station to test this new type of station, equipped with more efficient lithium batteries (the charging effort of the new station is more than doubled, compared to the old station, and the usable capacity of the storage is three times bigger). The new battery station is now being tested, following a time plan where several factors are combined, so that as many scenarios are covered by the tests as possible to avoid any future complications (in the case the battery station should be launched into regular traffic as planned). Factors being involved into the testing scenarios are based on the battery station and feeder nr. 40 that is under standard conditions responsible for energy supply in the area where the tests take place.

The tests commenced on 11 January, and according to the schedule, they are to be finished by 5 March. So far, all the tests are running according to the planned schedule. An unexpected, but welcomed circumstance was the unusually long period of days with sub-zero temperatures that enabled gathering data even under extreme conditions. As in the case of the test series done in last autumn with the old battery station, the data gathered is sent to Gdańsk University of Technology, PMDP´s co-partner within the Interreg EfficienCE project for detailed analysis. The outcomes will be known after the last running test.