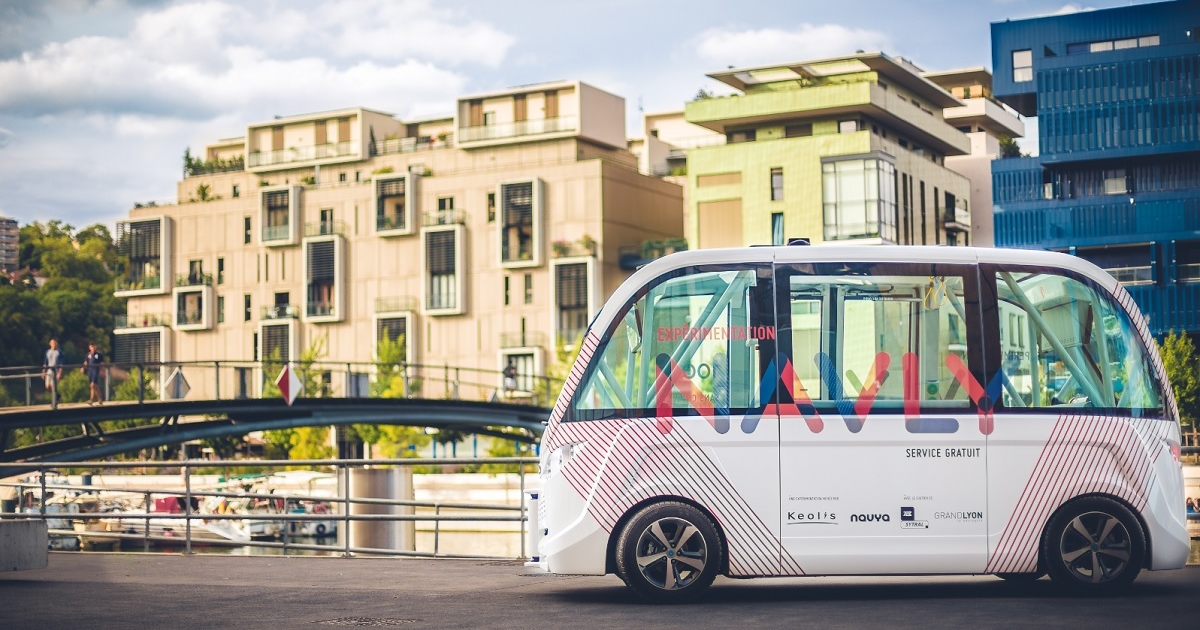 On 15 November 2019, the French city of Lyon launched a new autonomous shuttle service as part of its public transport network. The service is provided by two autonomous, electric shuttles that connect the Décines Grand Large tram station (on line T3) with and the city's football stadium, the Parc Olympique Lyonnais stadium.

The shuttles will form a new line (N1) as part of the 85 route in the city. It is the first time in France that autonomous vehicles will run on public roads in a dense urban environment, operating alongside thousands of other vehicles.

The shuttle will be tested for the next two years. During this pilot phase, adults and accompanied minors can board the service for free. By the end of this period, the shuttles will be circulating regularly between 8.30 and 19.30 every day except for Sundays, match days and when there are other major events.

Its 1.4 km route contains various technical challenges for the shuttles. Not only do they have to operate in dense traffic, but the route also passes over 4 intersections with traffic lights, a roundabout and 8 pedestrian crossings at an average speed, at least initially, of 13-15 km/h. The intention is to eventually increase this speed to 20-25 km/h.

The measure is one of many being implemented and funded under the EU's Horizon 2020 project AVENUE (“Autonomous Vehicles to Evolve to New Urban Experience”), which is piloting similar vehicles in other European cities, including Geneva, Luxembourg and Copenhagen.