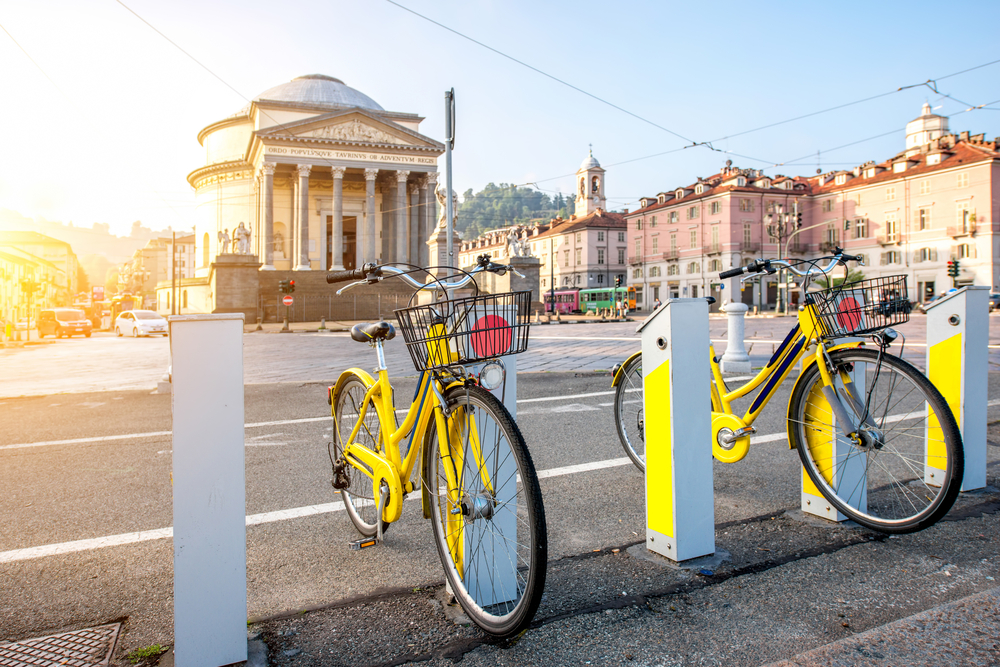 Italian cities are looking to capitalise on the reduced car use resulting from the Covid-19 outbreak by taking action to improve mobility and ensure public safety.

The north of Italy is one of Europe’s most polluted areas and has also been notably hard hit by the Covid-19 outbreak. Due to the nationwide lockdown, car travel has dropped by 30-75%, which has also resulted in a large drop in air pollution. Now, as cities consider easing their lockdown measures, officials are seeking to prevent a significant increase in private motorised traffic and air pollution. In this context, there is a recognition that public transport could struggle as requirements to maintain social distancing need to be followed and people are likely to be wary of sharing enclosed spaces.

Italian cities, such as Milan and Turin, have started to announce ambitious plans to enhance walking and cycling through the implementation of low-cost cycle lanes, widening pavements, reducing vehicle speed limits and implementing pedestrian and cyclist priority streets.

Milan announced on Tuesday 21 April its 'Strade Aperte' plan, which will see 35 km of streets transformed over the summer, with a rapid, city-wide expansion of cycling and walking facilities. Milan is also considering initiatives, such as financing the purchase of electric bicycles, as well as transforming the city's ring road into a fast-moving road reserved for public transport, taxis and bicycles.

Turin has announced a similar plan to promote active and sustainable mobility by transforming service roads into cycle and pedestrian corridors. Motor vehicles will only be permitted if they are accessing housing or parking, and will have to travel at a maximum speed of 20 km/h. The plan also includes the creation of 'soft' pedestrian and cycling infrastructure, which is low cost and can be implemented rapidly, such as bike lanes or school roads. The city is also planning to maintain limited traffic zones, regulate parking and implement preferential lanes to avoid a significant increase in private motorised traffic.

Sharing services (including for motorcycles, bikes and more recently e-scooters), which have grown strongly in recent years, are also seen as part of the solution. Service providers are already implementing daily cleaning regimes and are ensuring that users have access to disposable gloves to avoid spreading the virus.