Skip to main content
Home In Brief News Hydrogen cars with zero emissions at the tailpipe, ready to spread widely

Hydrogen cars with zero emissions at the tailpipe, ready to spread widely 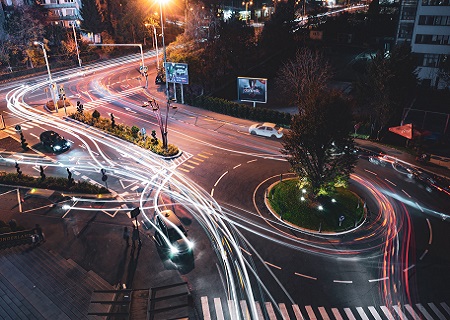 Hydrogen-based vehicle technology in the electric transport sector is starting to compete with conventional fuels, such as diesel and petrol, for long distances. Its benefits include that it is quiet, does not need long to refuel and it emits only water.

Transport is the main source of greenhouse gas emissions and so is a major contributor to global warming. Road vehicles in particular are responsible for a large proportion of urban air pollution. One way to decarbonise mobility could be to replace fossil fuels with hydrogen. Hydrogen is most common substance in the universe, but it does not exist naturally on earth; one can only find it in molecular forms, such as in water or in organic compounds. It can be produced by extracting it from this compound, usually in a gaseous form.

It is an efficient and low-polluting fuel, which only releases water and heat as by-products. It is also an energy carrier, so it can store and deliver energy. Urban mobility based on hydrogen is gaining ground in Europe, especially in Denmark, the UK and the Baltic countries.

“Actually, the vehicles are electric, only the storage is in hydrogen, which is not burned but used in the fuel cell to create electricity for power” explains Helmut Morsi, advisor to the Director of the European Commission's DG for Mobility and Transport. A hydrogen tank is able to store a large amount of energy, making it more suitable for bigger vehicles, like buses or trucks. “The heavier the vehicle is, the more efficient the hydrogen will be,” stressed Morsi.

Hydrogen can be produced with the energy generated by renewables, by means of the electrolysis, and then converted back to electricity through a chemical reaction with oxygen in the fuel cell. This way, large surplus amounts of electricity, harvested from sun and wind can be stored for long periods of time. It means a great opportunity for southern European countries, such as those in the Balkan region, which have a high potential for renewables. This technology is not employed there at the moment, while a significant part of the energy is lost as the grid is not able to absorb it all. Nevertheless, some local governments and mayors in western Macedonia and Crete have expressed interest in pursuing this direction.

The issue was recently discussed during the international Balkan Clean Energy Transition Conference held in Kozani, the leading energy producing area of Greece. The city, which is one of the ‘followers’ of STARDUST, a European project demonstrating new smart urban interventions, is analysing viable solutions to replace fossil fuels.

“Hydrogen electric could be a business case well suited for countries like Greece,” asserts Athanasios Stubos, research director and head of Environmental Research Laboratory at the National Research Centre Demokritos in Athens. “There are Greek companies which are building part of this technology and they are doing quite well internationally. Furthermore, many in the scientific community have the expertise and the experience to work on hydrogen technology. It is an opportunity and we should grab it.”

The country needs policies and infrastructure to support the introduction of these installations. “It is difficult to convince the banks to invest more in this technology because of the economic crisis. The funding has to be arranged with foreign investors,” Stubos adds. However, he seems optimistic about the determination of some local authorities in Greece to support it.

Currently a hydrogen-powered car has a range of 600 km, while a bus or a truck can do 400 km, without refuelling. The vehicle makes no noise and no emissions. Existing refuelling stations can be adapted to hydrogen and scaled up to accommodate the growing fleet of vehicles. When more hydrogen is required, it takes less than 5 minutes for the cars and less than 15 minutes for the trucks and buses.

Although this technology is market ready, it is still expensive. However, experts predict prices will quickly fall if production grows. “The more people buy this, the more the unit cost goes down. A few years ago, a single bus cost 1.2 million euros. Now it is 600.000 euros,” says Morsi. Moreover, the hydrogen technology needs improvement to avoid energy loss during the transition process. “When you take green electricity and transform it into hydrogen and then use it in a car or in a grid as electricity, each time you transform it, you lose a part of the energy. Therefore, the total efficiency in this moment of time stands at 40%,” Morsi explains.

Anyway, no existing battery has similar storage capacity to a hydrogen tank. “All we have to do is to reduce the price, which will happen in the next year or so, and then hydrogen will be a viable solution,” concludes the Commission’s advisor.