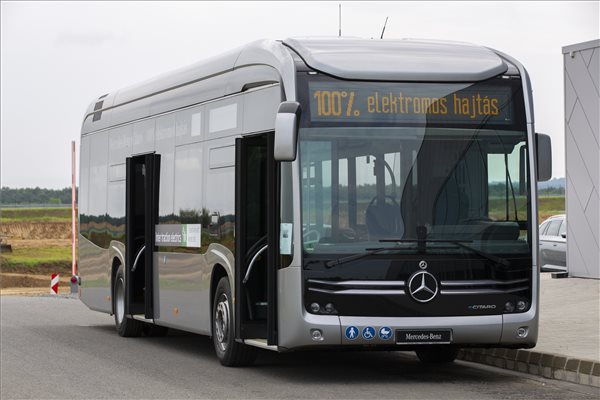 Hungary is to replace half of the conventional bus fleet in its largest cities with low carbon emission electric buses in the next ten years. This is the objective of a Green Bus Programme which was announced in August by Hungary’s Minister of Innovation and Technology, László Palkovics. the programme is part of Hungary’s efforts to meet climate objectives, while at the same time reinvigorate domestic bus manufacturing.

Following a government decision, cities with more than 25,000 inhabitants should only put emission-free buses into operation for public transport from 2022 onwards. This effectively means these cities will only procure zero-emission (electric) buses.

Announcing the Green Bus Programme, Minister Palkovics said that making transport greener is a key component in the government’s commitment to achieving climate neutrality in the country by 2050 in accordance with the Paris Climate Agreement. He also highlighted that by the end of last year Hungary had already managed to reduce emissions by 32% compared to 1990, while the economy has grown significantly. However, transport is still a major source of emissions of air pollutants and greenhouse gases and so further action is required. Making transport cleaner and greener is an important part of the government’s action plan on climate and nature protection.

Cities responsible for the procurement of the zero-emission buses can count on co-financing from national and EU funds. A total of 36 billion forints (€104m) will be available over the next ten years to co-finance procurement of the buses with the co-financing proportion expected to be 20%. However, with this amount of funding available, it may even be possible to co-finance an even bigger share of the price than the 20% originally planned, suggested Palkovics.

The Green Bus Programme is currently being launched with pilot projects in eight Hungarian cities and a region: Debrecen, Kaposvár, Kecskemét, Békéscsaba, Székesfehérvár, Esztergom, Zalaegerszeg, Nyíregyháza and the Mátra power plant area. Each locality will receive HUF 800 million forints for the purchase of electric buses.