In Gdynia you can charge a car thanks to trolleybuses 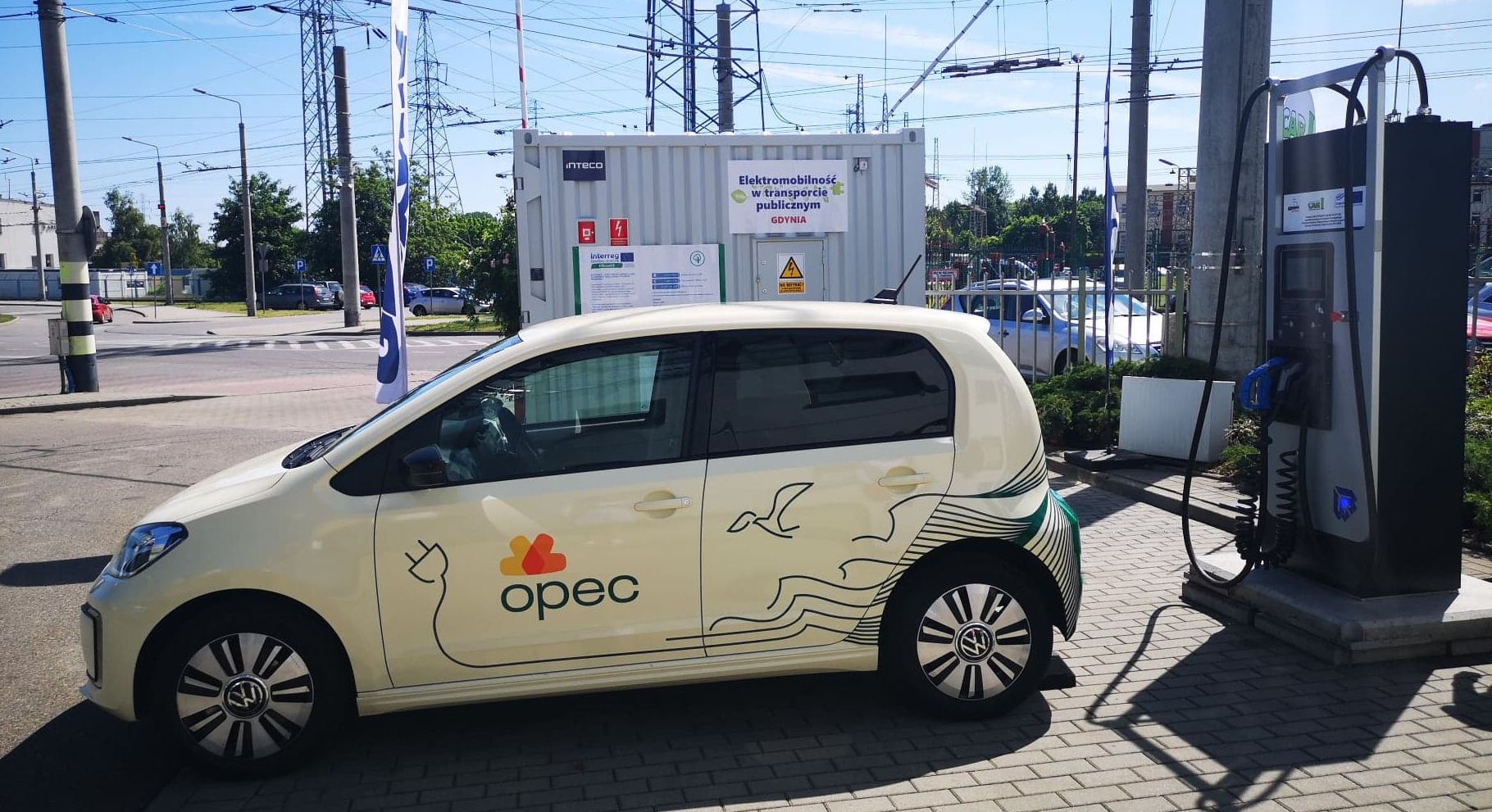 The first mobile charging station for electric cars powered by a trolleybus network was built in Gdynia, Poland. It is a joint project of the City of Gdynia and the municipal trolleybus transport operator PKT. A press conference was held on the 9th June at the PKT headquarters about this unique mobile charger, which will use recovered energy from the braking of trolleybuses.

Gdynia is one of three cities in Poland that use the advantages offered by trolleybus transport. Therefore, the city of Gdynia and PKT have completed two EU projects by implementing and testing an innovative solution: a mobile charging station for electric cars powered by the trolleybus network.

Mrs. Katarzyna Gruszecka-Spychała, Vice Mayor of Gdynia for economy, stated: "We are implementing a device for testing, which is not available for residents during the testing phase, but we hope that after it everyone will be able to use the service. It is quite an unusual device that allows for the installation of a mobile charger for electric vehicles. This kind of charger is not permanently connected to the ground and can be moved wherever we have a traction network, and uses energy that has been generated in the recuperation process".

An energy storage inverter has been designed and constructed by PKT within the EfficienCE project (Energy Efficience in Public Transport Infrastructure - INTERREG Central Europe), which is a device for processing excess braking energy and traction power. It allows for capturing excess energy generated by the braking of trolleybuses from the grid, and for the management of this energy. Interestingly, the inverter uses a used battery that will serve as an energy storage.

On the other hand, a mobile charging station for electric cars was built as part of the project CAR (Creating Automotive Renewal – INTERREG South Baltic) by the city of Gdynia, allowing them to be charged with different ranges of power and electric current.

The synergy effect of the projects is a station that can be connected to the trolleybus traction network anywhere in the city. A prototype storage energy inverter with a connected mobile charger for electric cars was launched in June at the parking place of Gdynia trolleybus depot.

This investment has a huge advantage over the traditional solutions of mobile EV charging stations. Connecting the station does not require additional installation costs and shortens the investment time. There is no need to undergo a long formal process related to its construction, the connection conditions and commissioning the official launch of the station. Moreover, the advantage of the traction network is its extensive spatial range in many cities and thus its wide accessibility, that enables the charging station to be deployed where there is a problem of connecting to the AC power line, e.g. due to the need for construction works.

The scope and schedule of tests, prepared by specialists from PKT, will allow to check how the charging of electric cars affects the stability of the network, its parameters or the regular line operation of trolleybuses. The works will be carried out at different times of the days and night with varying intensity. Skoda Citigo-e, Opel Ampera-e and Nissan Leaf electric cars will be used in the tests. Depending on the needs, other electromobility users will be invited to assist. If the tests of the mobile charging station are successful, it will be possible to apply the solution on a larger scale.

Vice Mayor Katarzyna Gruszecka-Spychała declared: "Gdynia has always been open and still is to electromobility. In this area, we are looking for innovative solutions, including those that we can share with others. Gdynia, like many other municipalities in Poland, is now participating in the process of creating a network of publicly accessible charging stations for electric cars. We selected the locations for the stations by taking into account the points of view of future charging station operators, as well as the needs of electric car users. The mobile e-car charging station is a pioneer solution on a national scale. In a short time and without the need to incur construction costs, we will be able to install the station wherever there is a trolleybus network and practically test the potential future chraging spots. After positive results, we will be able to offer the Gdynia idea to other cities, also including to those having a tram network".

Original article was published on the website of the EfficienCE project on the 2nd July.

Region:
Eastern Europe
Country:
Poland
Topic:
Clean and energy-efficient vehicles
Link:
In Gdynia you can charge a car thanks to trolleybuses