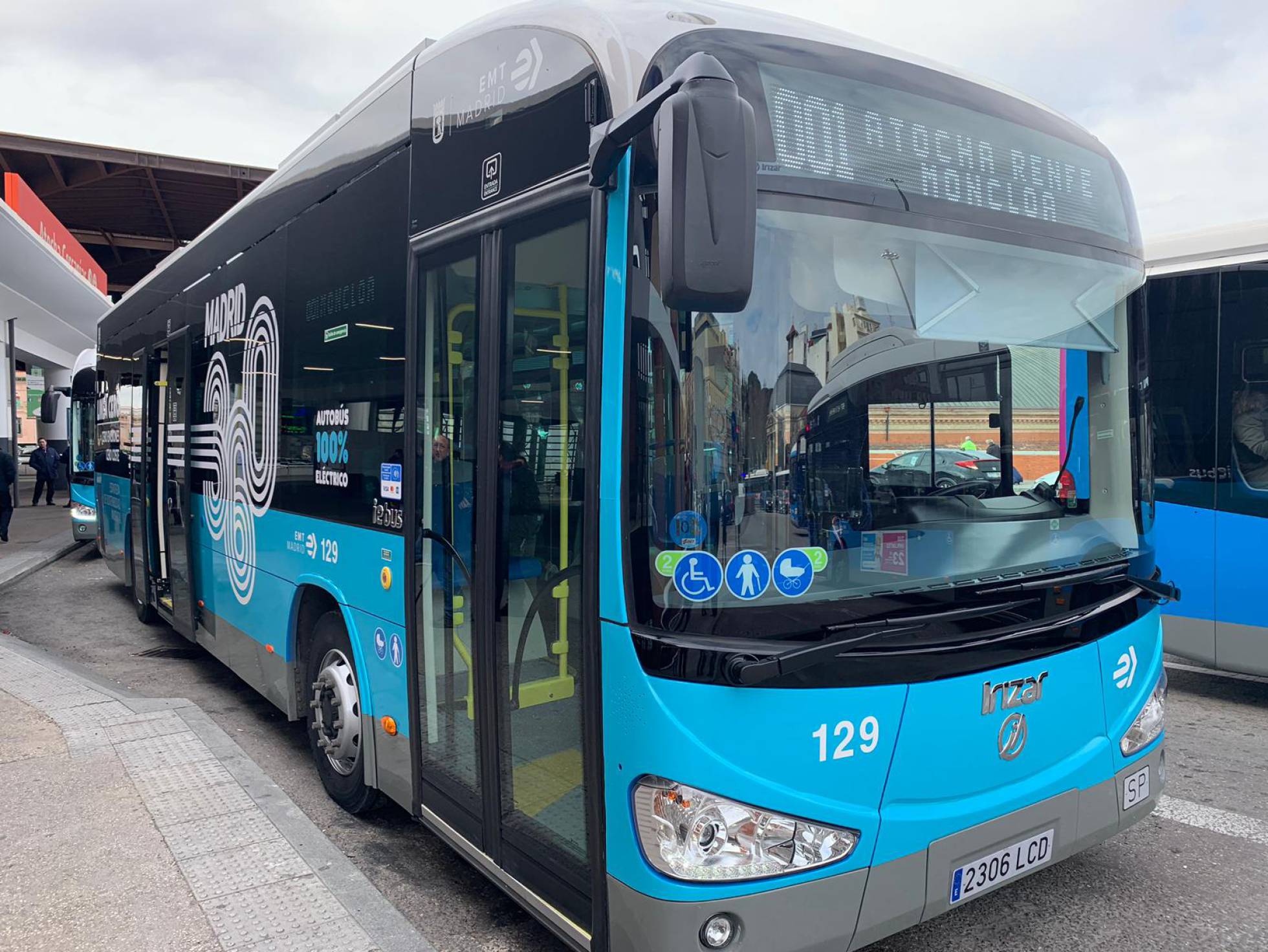 The city's mayor, José Luis Martínez-Almeida, and the Deputy Mayor for Mobility and Environment, Borja Carabante, inaugurated the line, 001, in February. It will operate between Atocha and the Moncloa Palace. A second zero emission bus line, 002, is expected to open in March and will operate in the central district from Argüelles to Puerta de Toledo.

The 'zero line', as it has been dubbed, will be zero emission and will operate at zero cost for users. It is part of the city’s new strategy for environmental sustainability, 'Madrid 360', which is intended to be a key tool to enable the city to comply with European directives on air quality.

The route is expected to cover some 350,000 kilometres per year. EMT Madrid, the city's public transport company, will rely on ten “ieBUS”, a model produced by Spanish manufacturer Irizar. The bus, quiet and environmentally friendly, has room for 75 passengers and a can travel between 200 and 250 kilometres on a single charge, depending on the way it which it is driven and the atmospheric conditions. This figure would be equivalent to around 17 hours of travel in the city.

It is estimated that the 001 bus line will transport around 13,000 passengers on an average day.

EMT Madrid is stepping up their activities to reduce carbon dioxide emissions. A €35 million investment in the purchase of 50 new electric buses was recently approved, marking the largest call for tender for electric buses in the history of EMT Madrid. The new buses will be delivered later in 2020.