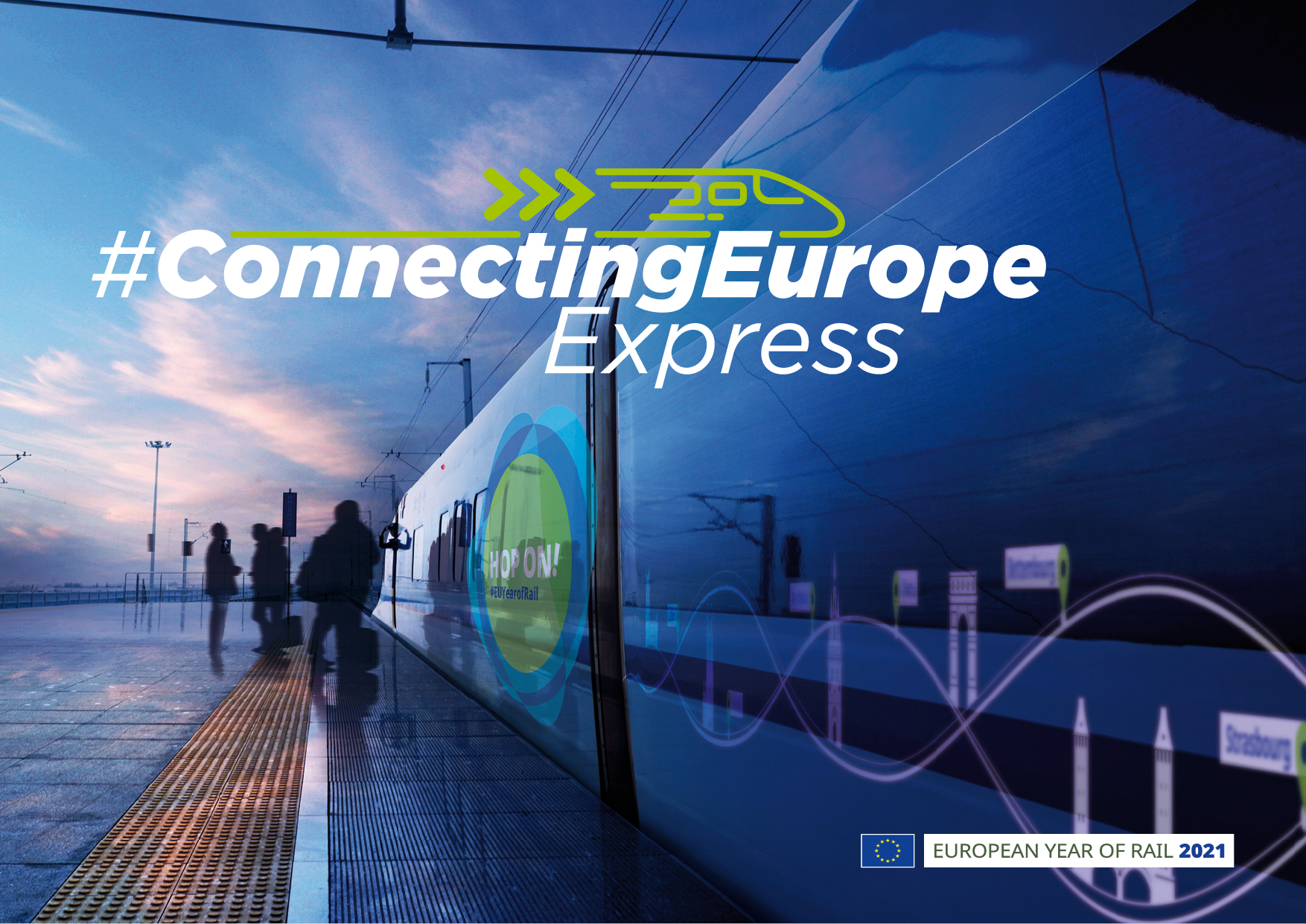 The ‘Connecting Europe Express’, a special train put together as part of the European Year of Rail 2021, pulled out of Lisbon station on 2 September 2021. The train will stop at over 100 towns and cities throughout its five-week journey, before arriving at its destination in Paris on 7 October, connecting the Portuguese, Slovenian and French Presidencies of the Council of the EU.

The Connecting Europe Express has been facilitated through collaborations between partners across the European railway sector and institutions on the EU, national, and local levels. However, due to different gauge widths in Europe, the Connecting Europe Express will actually be comprised of three trains – the Iberian train, the Standard train and the Baltic train – that will meet along the route.

While this serves as reminder of the lack of interoperability between some parts of Europe’s rail network, the project also demonstrates the excellent cooperation in place between railway undertakings and infrastructure managers.

A wide range of events are planned to welcome the train at railway stations along its route across Europe. In addition, interested parties can follow debates happening on board as well as conferences on EU infrastructure policy and the role of the Trans-European Transport Network (TEN-T). These will be livestreamed from the event website from Lisbon, Bucharest, Berlin and Bettembourg.

The Connecting Europe Express is the result of unique cooperation between the European Commission and the Community of European Railway and Infrastructure Companies (CER), European rail operators, infrastructure managers and a number of other partners.

As such, coaches have been provided by a range of European railway companies. One of them, provided by MAV (Hungary), will host a mobile exhibition organised by the European Climate, Infrastructure and Environment Executive Agency (CINEA) and the Shift2Rail Joint Undertaking. It will showcase the many existing technologies and innovations improving the rail experience and show how the EU supports infrastructure projects.

A conference coach (provided by SNCF, France), two standard seating coaches (DB, Germany and SBB, Switzerland), a dining coach (FS, Italy) and a sleeper coach (ÖBB, Austria) will complete the standard train. The Iberian train travelling between Portugal and Spain has been provided by Spanish operator Renfe, while Lithuanian LTG is operating the Baltic train.

European Commissioner for Transport, Adina Vălean, said: “Rail has shaped our rich, common history. But, rail is also Europe’s future, our route to mitigating climate change and powering economic recovery from the pandemic, as we build a carbon-neutral transport sector. Over the coming weeks, the Connecting Europe Express will become a rolling conference, laboratory and forum for public debate on how to make rail the transport mode of choice for passengers and businesses alike. Please give us a warm welcome when we stop at a railway station near you.”