Dublin plans a new cycling network to be implemented by 2031 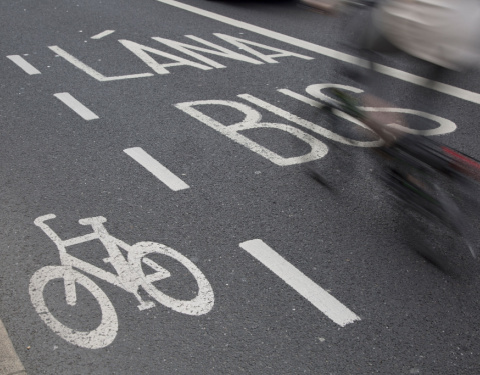 In October 2022, the city authorities in the Irish capital Dublin unveiled plans for the implementation of a new cycling network. The plans were part of the city's new Active Travel Plan, which is part of the city's strategies that aim to deliver a zero-carbon city by 2050.

The new network will add significantly to the existing 10 kilometres of cycling routes by expanding this to a city-wide network of over 310 kilometres in route length. Further, the full implementation of the Active Travel Plan will result in 95% of the city's residents living no further than 400 metres from either the cycling network or a public transport service.

Ireland’s national broadcaster RTÉ reported Eamon Ryan, Minister for Transport and Climate, commenting that the scheme would be backed by the dual components of funding and political will in order to be successful. The Active Travel Plan is part of efforts to make Dublin a zero-carbon city by 2050, a target that will require both behavioural shifts and the decarbonisation of the vehicles used in the city's mobility sector. Enabling residents to access low-cost active travel, in the form of cycling and walking, will help to reduce CO2 emissions, as well as delivering other multiple benefits for the public good. These include reductions in air pollution, as well as time saved on commuter journeys due to reduced congestion.

In the past, there has been opposition to cycling lane schemes in certain parts of Dublin. However, the COVID-19 pandemic and the subsequent increased interest in open-air transport options, seems to have led to a change in some attitudes. This should help with the shift to active journeys that is needed, and hence increase the modal share, from the relatively low levels of active travel of 12% seen today to a goal of 28% by 2028.

Comments from Felix Weisbrich, the transport official responsible for Berlin’s pop-up lanes during the COVID-19 pandemic that resulted in a 25% increase in bike traffic, are worth remembering here: "If you have a river, people won’t swim over it. But if you build a bridge, they will suddenly cross and that’s the same with bike paths”. The implementation of the Active Travel Plan will hopefully be the opportunity that Dublin's residents need to get on their bikes.

Originally published by The Mayor on 17 October 2022.

Country:
Ireland
Topic:
Walking and cycling
Link:
Dublin has a new plan to create a whole cycling network by 2031