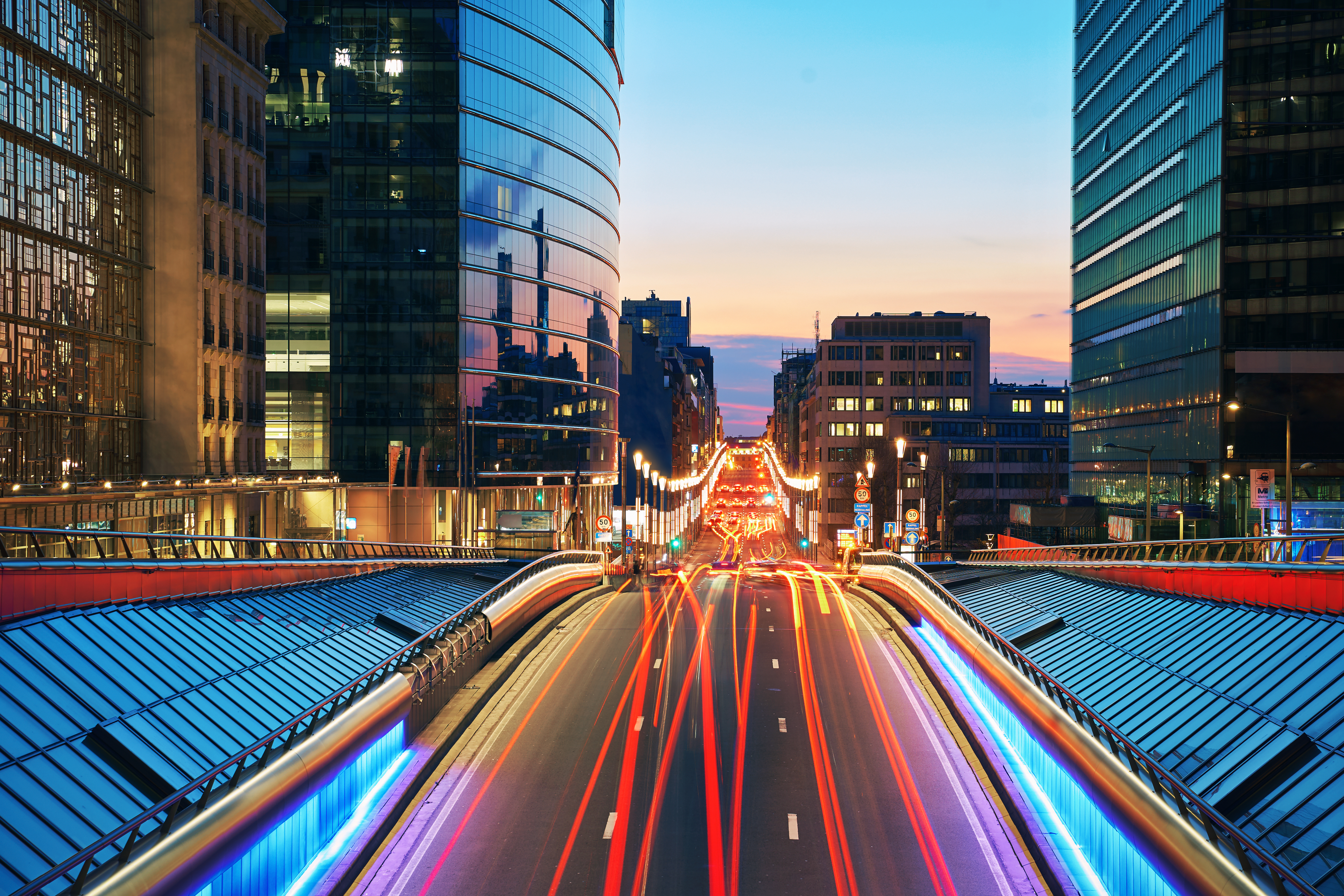 At the start of December the Brussels-Capital Region reached an internal agreement on the introduction of a ‘City Toll’ or ‘Intelligent Kilometre Charge’. The road charging project, called SmartMove, is to be introduced in 2022 and aims to reduce the number of individual journeys by car by 25% by 2030. The Capital Region hopes the measure will reduce congestion on the many city avenues and tunnels, and to improve air quality. However, the decision to introduce the charge is causing storms of protestd,  including from the other Belgian Regions, Flanders and Wallonia.

This smart kilometre charge applies within the Brussels-Capital Region and covers the same area as the low-emission zone (LEZ). However, the Brussels ring road, and the access roads of certain Park & Ride locations, are excluded to prevent traffic from being diverted to regional or local roads.

The charge will be based on the distance travelled, the time and day of the journey and the engine power of the vehicle (‘fiscal horsepower’), where lighter vehicles will pay less. While charge rates have not yet been officially announced, calculations for this were leaked and published in ‘L'Echo’ and ‘De Tijd’ in October.

The flat rate would be €2 during peak hours (from 7-10 am and from 3-7 pm) and €1 during off-peak hours (between 10 am and 3 pm). This amount should be multiplied by a factor which ranges between 0-6 depending on the fiscal horsepower of the vehicle. According to the administration (Brussels Taxation), 90% of vehicles have a fiscal power equal or less than 11 fiscal horses and would therefore pay a basic amount between €0-1 in off-peak hours and between €0-2 in rush hour.

In addition, a rate of 20 cents per kilometre will be added during rush hour and 8 cents during off-peak hours. During nights, weekends and public holidays no charges will apply.

Road users can opt to install a mobile app or on board unit (OBU) within their vehicle in order to register and pay for their road use. The SmartMove app also keeps track of individual travel costs and calculates the impact on air quality and the climate, enabling a comparison of mobility alternatives (travelling at a different time of day, public transport, bicycle, car sharing, taxi. etc.). There is an ambition to also link MaaS (Mobility as a Service) to the app, allowing users to plan a quick, affordable and sustainable journey in just a few clicks.

Occasional drivers, tourists and other visitors can also purchase a day pass via the app (or website). The price will be based on a flat-rate, which will vary depending on the fiscal horsepower of the vehicle. On average, the flat tax will be higher than the kilometre charge in order to encourage road users to opt for the latter.

Vehicles will be monitored by the ANPR cameras, which are already in use for the monitoring of the Brussels low emission zone (LEZ). The vehicle’s number plate will be used to verify whether users have registered via the app or have purchased a day pass. To ensure effective monitoring, the ANPR network will be extended throughout the regional territory.

In the Brussels Region, the SmartMove kilometre charge will replace the vehicle registration tax (except for vehicles in the higher fiscal horsepower classes, from 15 and higher) and the road tax. Drivers from Flanders and Wallonia who will pay the SmartMove contribution in Brussels will still have to pay their road and vehicle registration tax in their respective Region. This has been described as 'unfair' by opponents of the kilometre charge plans in Brussels.

Brussels’ plans to introduce its kilometre charge has put it on a collision path with the Belgian Regions. The Flemish Minister of Finance Matthias Diependaele described the plan “a bully tax for the Flemish”.  The parliaments in both Flanders and Wallonia adopted resolutions opposing the planned charges in their current form and are urging their governments to discuss the plans with Brussels-Capital Region.

If the consultation between the federal states does not offer an acceptable solution, the resolution adopted in Flanders calls on the their government to use legal means to ensure that the kilometre charge will not be introduced.

The government of the Brussels-Capital Region hopes through dialogue that it can avoid SmartMove being subjected to a 'conflict of interest' procedure initiated by one of the other regions, although it still expects the plan to be challenged in the Constitutional Court and other courts.

“The purpose of SmartMove is to reduce congestion and improve air quality and living environment in Brussels, not to generate tax income” stressed Brussels minister van Finance Sven Gatz in a press conference earlier this month. Gatz also responded to the criticism that Brussels has developed a system without knowing the other regions. “Politics only works with a detailed proposal, which can then be discussed. We have proposed rates based on the price of a metro ticket as a reference point for most drivers. But those rates aren't set in stone. We are open to review changes.” said Gatz.

At the same time the Brussels-Capital Region remains determined to introduce the kilometre charge and invites the other regions to consider introducing a similar system.