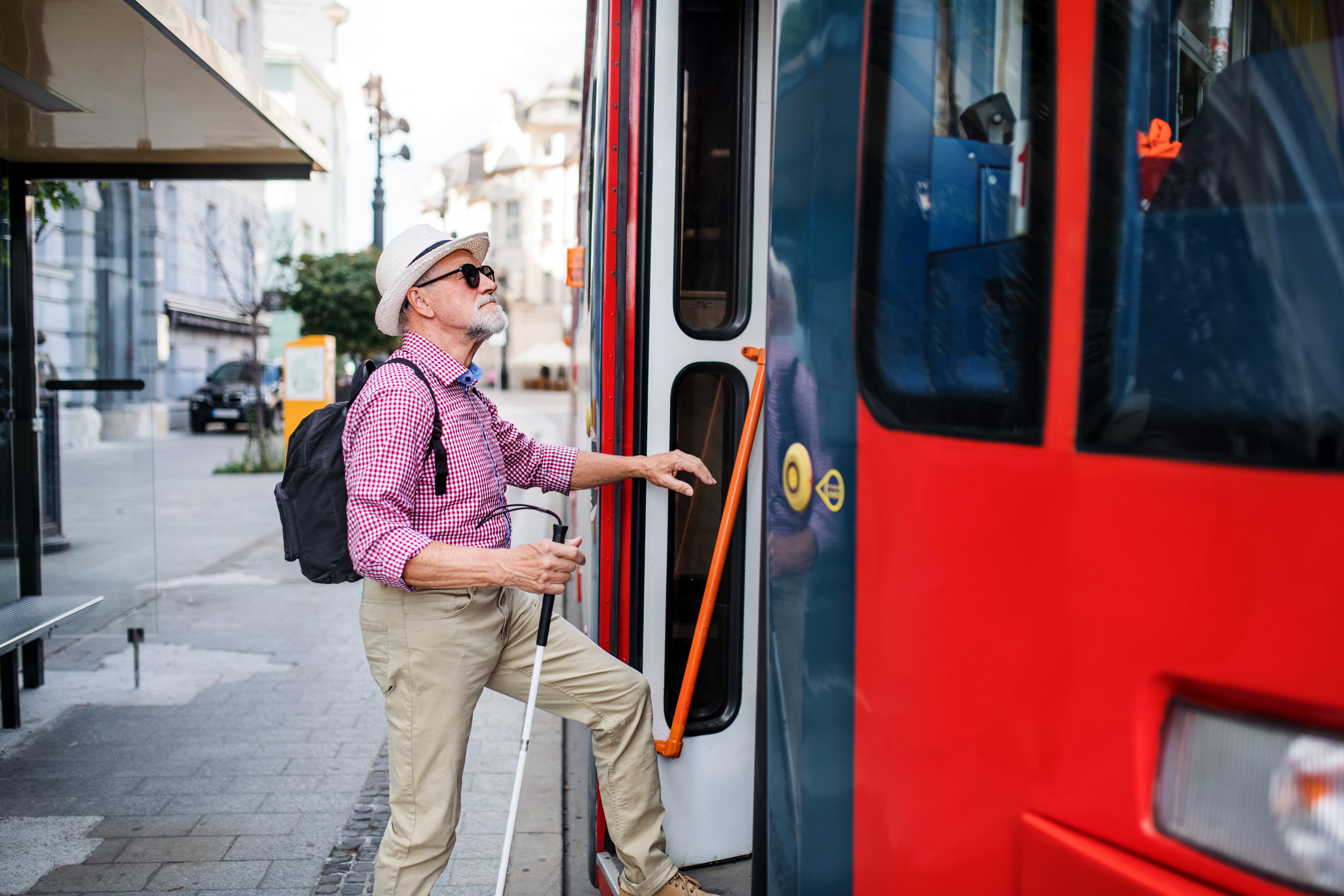 In an effort to be fully accessible to everyone, Spanish city Barcelona has implemented a new system on its bus network that helps people with visual impairments to improve their autonomy whilst using public transport.

The new system was developed by TMB, the main public transport operator in Barcelona. It was designed to reduce barriers to public transport use and to provide greater safety for blind or visually impaired people when they need to identify to which line the bus approaching their stop belongs and to ensure that they will board the correct vehicle. The virtual assistant is already available at 2,600 bus stops in the city.

The system works through the interaction between electronic devices connected with Bluetooth technology: on the one hand, electronic beacons installed on the bus regular fleet (about 1,080 vehicles) and on the other, the TMB app on users' mobile phones.

Within the app's settings, it is possible to select a new functionality called "opciones de guiado a parada" (stop guidance options). This allows the phone to receive voice notifications about the conditions of the next bus, the line to which it belongs, its identification number and proximity to the stop. Once the bus arrives, the app lets the user know when the doors are open. In addition, the user has the possibility of sending a message to the driver to inform him or her that there is a visually impaired person who wants to board the vehicle at the next stop.

This initiative is part of a broader policy that intends to increase accessibility to public transport in the city. TMB is also adopting a smart tag system that supports the signalling of the Barcelona metro and bus networks and that, in the same way, supports autonomous use by people with visual impairments. By using a smartphone camera and a free app, visually impaired people can scan signs and listen to the information that they provide: from public transport schedules to physical descriptions of the surrounding environment.

Photo Credit: © Halfpoint - no permission to re-use image(s) without separate licence from Shutterstock.