Planning for a healthy, connected and comfortable Klaipeda

We are sorry, this content is not available in your language.
Par Benjamin Baxter / Mis à jour: 04 Dec 2019 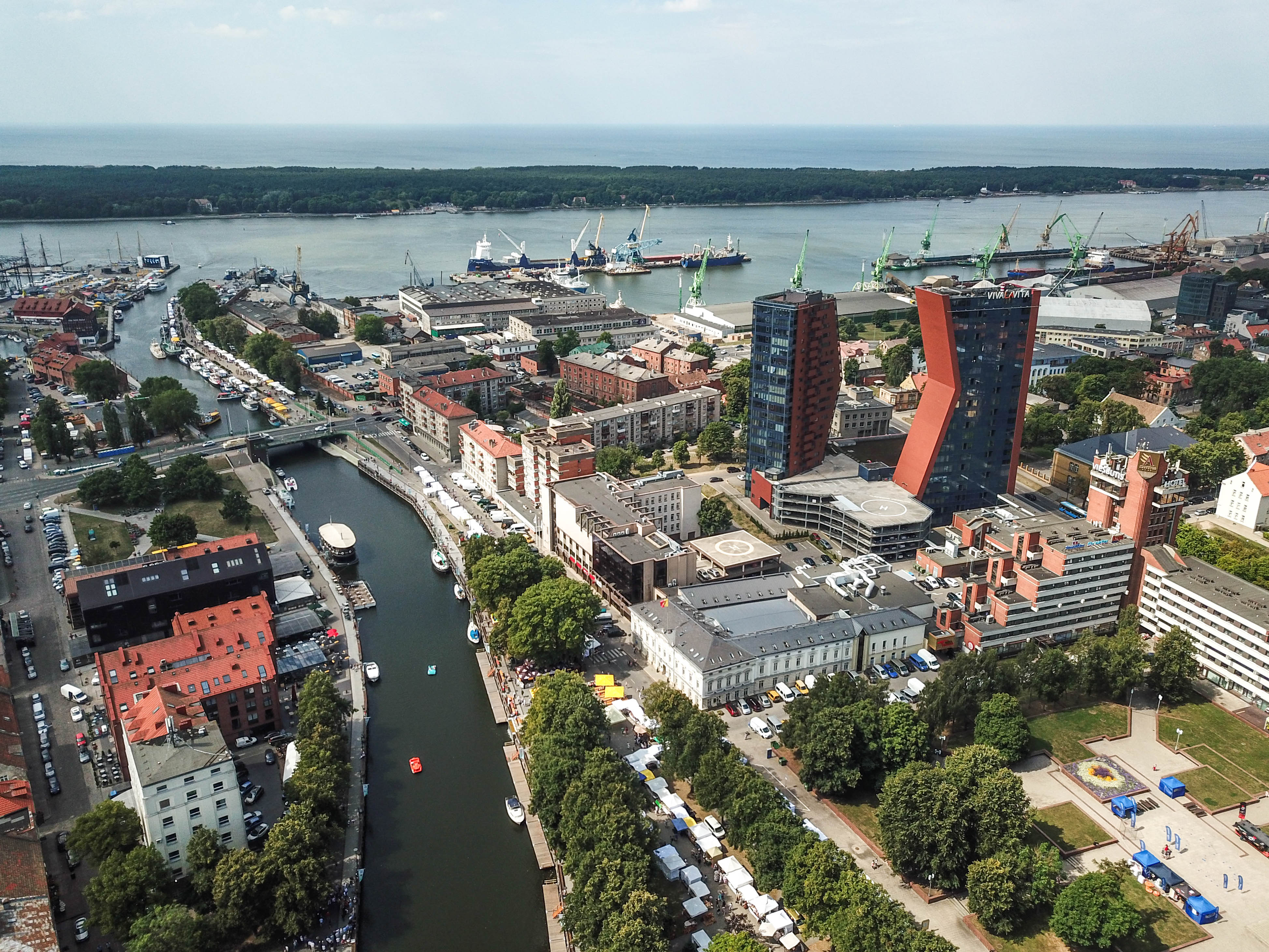 When a small city embarks on the challenge of planning for sustainable urban mobility, then ambition, vision and clarity are essential tools to show people how their quality of life can be improved. Klaipeda’s Sustainable Urban Mobility Plan (SUMP) bears witness to this, with a convincing combination of excellent scenario analysis, short- and long-term planned actions and realistic modal split objectives.

A port city of just over 150,000 residents, Klaipeda is Lithuania’s third-largest urban area by population. After the country gained independence in 1991, the city experienced rapid and uncontrolled suburbanisation. The opening of the economy led to steady economic growth. Growing urban sprawl led to an increase in car use, a reduction in public transport use, and the neglect of the historic old town and public spaces in residential housing estates – all of which led to a decrease in walking and cycling. However, the city has always had a strong potential for sustainable urban mobility as its structure is linear, with the main attraction points and the most densely populated areas located along one main axis. The development of the Klaipeda’s first SUMP is part of a larger willingness to put sustainable development at the core of the city’s agenda. Other documents, such as the city’s masterplan and its strategic vision, highlight the need to regenerate existing urban areas, keep the city compact, improve the liveability of public spaces and increase the efficiency of the public transport network.

In action
Klaipeda started preparing for its SUMP in 2015. It was developed in 2017 following an extensive participatory process, during which local non-governmental organisations (NGOs), businesses and residents contributed to define the SUMP’s scope and goals. The city council adopted the SUMP in September 2018. The plan’s title sums up the city’s vision for 2030: ‘Klaipeda: a healthy, environmentally friendly, fast and comfortable city’. The document is structured around three main targets:
Public transport and multimodality
All the mobility measures defined in Klaipeda’s SUMP support the concept of a polycentric, linear urban structure. It puts a stronger focus on non-motorised traffic in the local and historical areas, while strengthening public transport along the main urban axis connecting these, known as the ‘fast line’. A targeted study is aiming to define the best transport mode (tram, bus rapid transit or other), the exact route and the stops. The fast line will connect three interchange hubs, one of which already exists, in a bid to foster multimodal transport. Hubs will be equipped with park and ride facilities, bicycle parking and electric car charging stations. The fast line at the core of Klaipeda’s plan to improve its public transport system is expected to be completed in 2030.
Active mobility
Klaipeda’s SUMP places a strong emphasis on promoting walking and cycling. The first measure is to renovate the pavements in the city’s historic centre, which is strongly dominated by cars, and has very poor walking and cycling infrastructure. Another measure included in the SUMP is to progressively limit car access to central areas of the city. This will contribute to making them livelier and more accessible to pedestrians and cyclists. Klaipeda will also invest in building three main parallel cycling routes covering most of the city. Smaller cycle paths will be built at a later stage connecting residential areas with the main routes and the public transport network.
Freight transport
As Klaipeda is a port city, reorganising freight traffic to and from the port was one of the SUMP’s key objectives. Several measures will be implemented to reduce the negative impact of freight traffic. Firstly, the port and city authorities agreed on three defined transit corridors for trucks to enter the port, two of which will be built outside of the city centre. Intelligent transport systems (ITS) technology will help regulate the traffic flow by making it more efficient. Trucks will not be allowed to access the city’s historic centre.
Results
The city’s modal split objectives will be one of the key indicators to assess the success of these measures. In 2017, more trips in Klaipeda were performed by car than with any other mode (36%). The second most popular transport modes were walking (31%) and public transport (30%). The share of cyclists was 3%. By 2030, Klaipeda hopes that the SUMP measures will bring bicycle use to 8% and decrease car use to 24%.
The city has already started implementing several measures. Among these are the study for the fast line, public-transport axis, improving public space to favour walking and cycling in the old town, and launching tenders to implement ITS solutions for freight transport. An action plan details the timing for implementing the SUMP measures until 2030. The first measures, those that have already started, are expected to be completed by 2020.
Challenges, opportunities and transferability
Klaipeda’s SUMP seeks to capitalise on the city’s unique linear structure by strengthening public transport and promoting cycling as a means of everyday transport. The SUMP’s objectives were selected based on the challenges faced by the city. Its population of roughly 150,000 inhabitants is shrinking. Peripheral neighbourhoods are growing, which may contribute to urban sprawl and, therefore, longer commuting distances in the long term. Implementing the measures intended to foster multimodal transport and the accessibility of transport services in the more peripheral districts, along with the overall improvement of the city’s cycling infrastructure, will help Klaipeda face these challenges and avoid an increase in car use.
Moreover, the analysis of residents’ mobility habits fed into the decision to start introducing innovative transport services such as carpooling and electric scooters. This approach can be inspirational for other cities in countries where such services still represent a minority of total trips. The SUMP also sets a good example for small and medium-sized cities across Europe, by demonstrating that Klaipeda’s effort to combine short- and long-term actions with ambition and clarity can be replicated with satisfactory results.
In Depth