We are sorry, this content is not available in your language.
Par Admin Eltis / Mis à jour: 05 Feb 2018

In the European context, Romania is characterised by low growth rates and growing regional imbalances. Regional development became a general priority in order to improve services and the level of employment and also to reduce regional imbalances.  This is the responsibility of the Ministry of Regional Development and Public Administration.  Within this ministry the General Department for Territorial Development is responsible for Urban Mobility Planning. Other important responsibilities of the General Department for Territorial Development are aimed at the sustainable, balanced development of the national territory, at strengthening economic, social and territorial cohesion, at the balanced polycentric growth of human settlements.

In Romania, the legal framework for carrying out the spatial and urban planning activities was completed in 2001 by the promulgation of Law 350/2001 on Spatial and Urban Planning (amended and supplemented by the Law no.190/2013 that came into force on 13th of July 2013). This Law provides within Annex 2 the definition of SUMP: An Urban Mobility Plan is a territorial strategic planning tool which correlates the spatial development of settlements in the peripheral / metropolitan urban areas with the mobility and transport needs of people, goods and merchandise.

Article 43/1, paragraph 4 stipulates that: For localities with rank 0, 1 and 2, the suburban/metropolitan zonal territorial development strategy and the Urban Mobility Plans at peripheral and metropolitan level shall be initiated by the County Council or the polarising city-centre.

An Urban Mobility Plan is now mandatory for all cities and towns and optional for communes and it became a pre-condition for the Regional Operational Programme financing on any transportation axis.

A European Bank for Reconstruction and Development contract that ended at the beginning of 2015 was implemented for the development of the SUMP framework as well as for the Public Service Contract Requirements that can be applied by all municipalities that want to develop Urban Mobility Plans.

Romania’s Territorial Development Strategy (RTDS) has been assumed in the Romanian Government and is in the approval procedure in Parliament (February 2018). Urban mobility is one of the key issues of RTDS due to its importance for regional and urban development.

Even though many municipalities were interested in developing a SUMP, there were not always enough resources for this.

More money and more areas to be financed - Unlike the previous budget programming, the new Regional Operational Programme 2014-2020 has a total allocation of 8.25 billion Euros, with an increase of 3.54 billion Euros than the previous Regio 2007 - 2013, and it has doubled the number of Priority Axes from 6 to 12. Most importantly, within the ROP 2014-2020 targets and indicators are clearly defined and monitored.

New types of investments financed - increasing urban mobility, having as objective the development of an efficient transport system that will provoke citizens to shift their trips from private car to public transport and other environmental friendly means of transport became an important area to be financed.

Investments that cities can realise through this program are obviously more diversified compared to the Regional Operational Programme implemented within the 2007-2013 period.

A 2.3 billion Euros budget will be allocated for the 2014-2020 period exclusively for Sustainable Urban Mobility Plans, within the Regional Operational Programme (POR) managed by the Ministry of Regional Development and Public Administration (MDRAP). The areas to be covered are: improvement of urban public transport, introducing electric transport and encouraging non-motorised transport investments aimed at reducing CO2 emissions in urban areas.

This budget aims, for example, to purchase public transport new vehicles, to modernise tram lines, to implement e-ticketing systems, intermodal terminals, charging stations for electric vehicles, etc. The program addresses all categories of cities. MDRAP ensures, financial support in this area as the responsible authority for creating the legislative framework.

Through the Regional Operational Programme 2007-2013 Sustainable Urban Mobility Plans for Bucharest and for the 7 Growth Poles: Craiova, Constanța, Cluj-Napoca, Timișoara, Ploiești, Brașov and Iasi, were funded.

The Regional Operational Programme was structured on several priority axes out of which, some of them are especially dedicated to transport:

-Priority Axis 3: Supporting the transition to a low carbon economy

o Investment priority 4.1: Promoting strategies to reduce carbon dioxide emissions for all types of territories, in particular urban areas, including the promotion of Sustainable Urban Mobility Plans and of the relevant measures to mitigate adjustments / Strategic Objective 4.1: Reducing carbon emissions in cities county capitals through investments based on Sustainable Urban Mobility Plans.

Within the Regional Operational Programme 2014-2020 financing of urban public transport projects belonging to either of the specific axis is possible when the following criteria is met:

-The city/municipality has a SUMP (according to the law and the EU standards);

-There is financial and administrative capacity for the implementation process and maintenance of the implemented infrustructure.

At the same time, to support local authorities to develop and implement these new tools of urban planning, the ministry is working on a methodology for developing PMUD that will detail the provisions of the Law no. 350/2001 on spatial and urban planning, with subsequent amendments.

On the Regio - Programul Operational Regional website the following documents can be found:

Additional information on SUMPs in Romania: 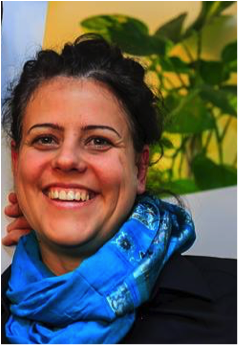