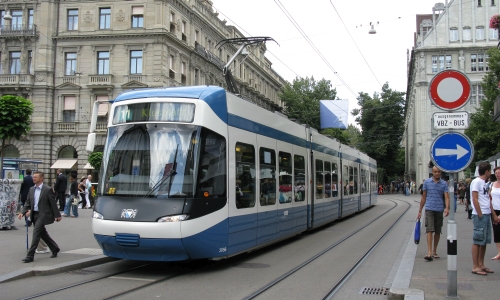 Zürich’s public transport operator, ZVV, has published plans describing how it will address barriers experienced by people with mobility problems on its network.

The paper is a response to the Swiss Disability Discrimination Act which outlines a number of transport accessibility standards that must be met by the end of 2023.

In its paper the ZVV proposes a number of actions, including equipping ticket machines with special features for those with visual impairments and making public transport vehicles and stops more accessible.

All of Zürich's buses and trams are low-floor models, making them more easily accessible by wheelchair. Of the city's trains, 94 per cent are low-floor.

For more information, visit newstix.de or read the position paper (in German).