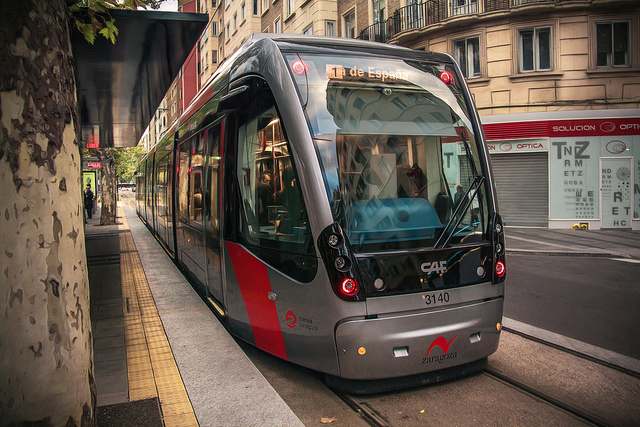 The operator of Zaragoza’s tram system, Tranvía Zaragoza, has won an international award for the contribution it has made to lowering emissions in the Spanish city.

Zaragoza’s minister for the environment and mobility, Teresa Artigas, and Ana M. Moreno from Tranvía Zaragoza, picked up the prize for Best Environmental and Sustainability Initiative at the Global Light Rail Awards 2016 in London earlier this month.

Data from the University of Zaragoza’s CIRCE institute, a research centre that creates and develops innovative solutions in renewable energy, showed that Zaragoza’s tram network is responsible for reducing 482 tonnes of NOX, 293 tonnes and 17 tonnes of PM10 a year.

According to Tranvía Zaragoza, this means that the city comfortably meets the air quality targets set out by the World Health Organisation.

The jury at the Global Light Rail Awards also recognised Tranvía Zaragoza's energy saving technology that is able to recover braking energy, and its continued commitment to the environment; since 2009, the tram operator has planted 1 600 trees in the city – 114 already this year.

The tram network is also responsible for cutting private traffic by an average of 7.68 per cent across the city - and by some 32 per cent in the centre.