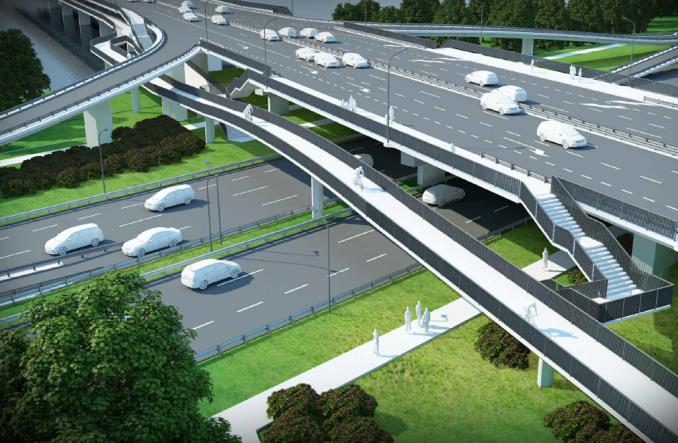 The city of Warsaw is planning the construction of a suspended footbridge and cycle path along a major bridge in the city centre.

The new infrastructure, for which the Polish capital recently launched a tender, will run along the five-span steel Łazienkowski Bridge.

The bridge, which crosses the Vistula River, was damaged by a fire in February 2015 and had to be rebuilt. It was re-opened in October 2015.

The new bridge now presents an opportunity to improve conditions for Warsaw's cyclists and pedestrians.

City officials have set aside 16 million Polish złoty (€3.66 m) for the project, which will consist of two suspended paths on both sides of the bridges.

The paths must measure 3.4m across, and not exceed inclines of 6-7 per cent. The cycle paths must also connect to existing bike lanes that make up part of Warsaw’s overall cycle network.

The contractor will have to obtain all necessary permits and ensure that the construction work does not disturb motorised traffic on the bridge.

The deadline for applications is 25 February 2016.  The project must be completed by November 2017.