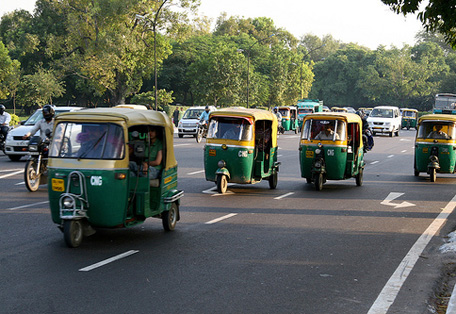 Hendy acknowledged that Delhi will grow more in the next three years than London will in the next two decades, but he outlined some transport issues that are similar in both cities. In the 1990s, transport was cited by London businesses as the city’s biggest problem, with congestion in Central London and crowded railways as impediments to economic productivity and competitiveness. Transport for London, the agency responsible for managing nearly all transport services across the capital, was established in 2000 to help “make the case for sustained investments and brave decisions” to deal with the city’s transport problems.

Hendy gave detailed examples of how London has developed one of the most integrated and complete transport systems in the world for a city of its size, with much of the progress coming only in the past ten years.

He pointed to solutions like congestion charging, a “Low Emission Zone,” hybrid buses, smartcard ticketing, and a new bike sharing system that have helped increase the use of public transportation by 7%.

Hendy said integrated ticketing and Web-based user information systems were the two “essential components in making public transport trips in London understandable and usable.”The transition to a single cash fare using the “Oyster” smartcard for nearly all types of public transport in the city “makes transport truly multi-modal,” he said. The ticketing system is so successful that London plans to sell it to other cities in the United Kingdom. The city improved information systems to “harness the Internet by turning complex maps of 700 bus routes into information that’s personal,” Hendy added. The real-time travel information, available via Web and mobile applications, are particularly good during difficult times, Hendy said. During the recent snowstorms in London, the trip planner website experienced 1 million hits per day.

Hendy recognized that what works in London wouldn’t necessarily work everywhere else, but he said he hoped to “provide an inspiration to Indian cities” as they continue to grapple with increasing motorization and population growth.