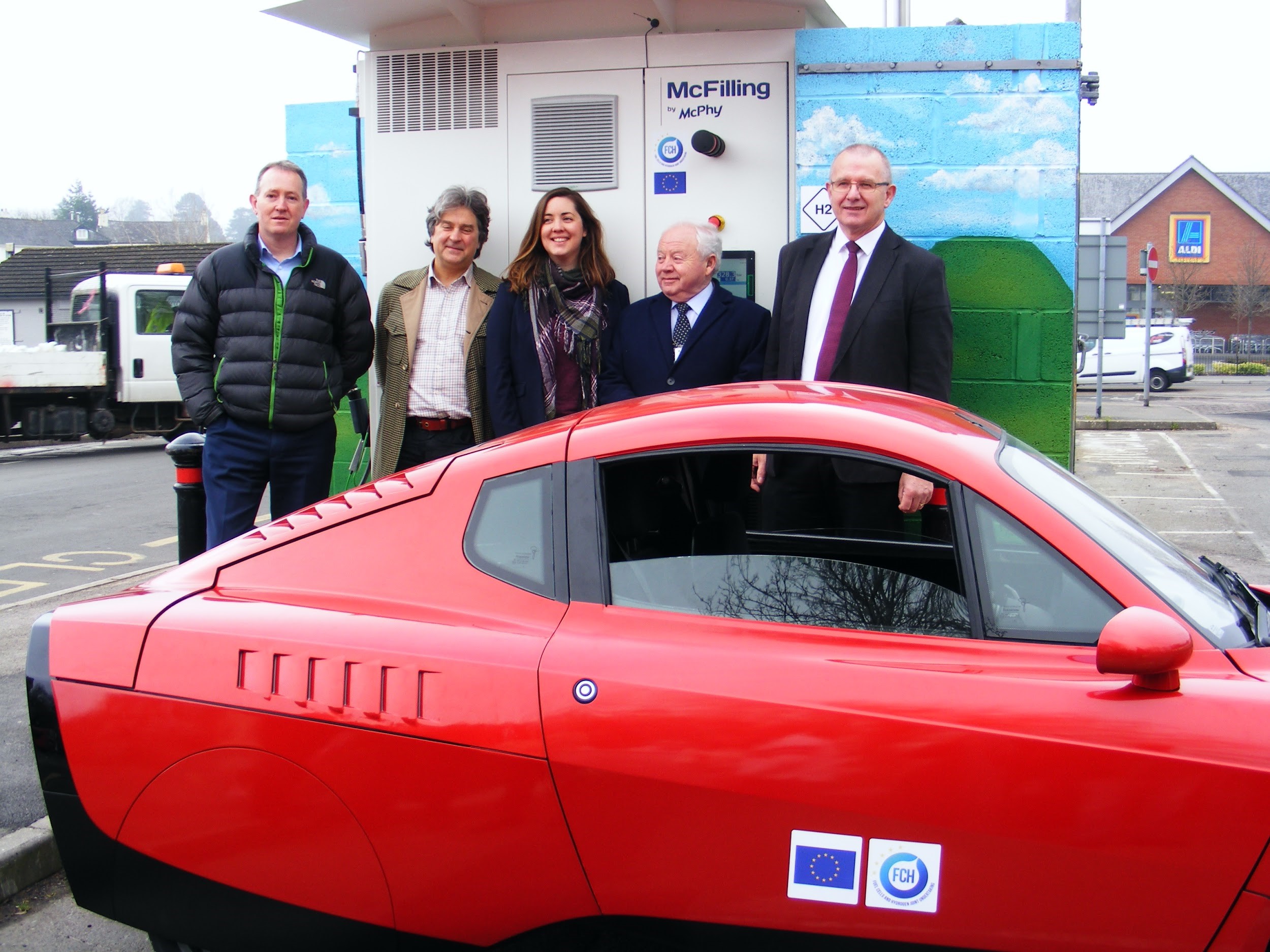 The UK Government has announced that it is supporting Monmouthshire County Council in Wales and a local manufacturer of hydrogen fuel cell vehicles to establish a fleet of 20 hydrogen cars.

The project is one of five grants awarded in the UK, which aim to boost the zero-emission vehicle sector by providing £14 million of funding for hydrogen fuel cell vehicle and hydrogen refuelling infrastructure projects. Monmouthshire County Council and manufacturer Riversimple were awarded £1.25m from the UK Department for Transport to build a fleet of hydrogen electric cars for a 12-month Clean Mobility Trial to be held in Monmouthshire (a location with a track record of pioneering alternative energy solutions).

The hydrogen Rasa, which will be used for the trial, is a 2-seater car with a 300-mile range and is designed to be a car for local people. The cars will be trialled in Abergavenny, the largest town in the county, by members of the general public and local businesses, as well as in Monmouthshire County Council's own fleet.

Permission was also granted to install a new hydrogen refuelling station to support the trial, which is the 17th such station in the UK and the second in Wales. The hydrogen vehicles have a fast refuelling capability (3 to 5 minutes) and users will be able to refuel without having to pay at the pump (at least during the trial). The refuelling station has been positioned in the town’s central car park and bus station, which is important to promote and support a wider multi-modal strategy (as it is also close to the train station).

The Clean Mobility Trial is the first of its kind, giving users the opportunity to shape the future design of the car as well as the service proposition. Monmouthshire Council are keen to trial and promote hydrogen technology in their fleet of pool cars and encourage staff to use if for office-to-office commuting. They are also persuading other local residents to participate; over 200 applications to join the trial from members of the public have been received so far, which will involve each participant leasing a car for a month and using it as much as they use their current vehicle. So far, all participants will use a hydrogen car in place of a petrol or diesel vehicle.

Data gathered through the trial (for example on refuelling habits) will be vital in developing the industry. Those running the trial anticipate providing around 250,000 miles of clean mobility in total and it has the potential to demonstrate the value and convenience of hydrogen cars.

An overview of the funds awarded across the UK to support ultra-low emission vehicles can be seen here.

Press release directly from Riversimple on 10/5/19