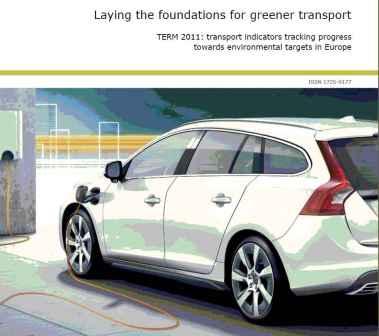 The latest report on trends in European transport shows the EU is unlikely to achieve its target of reducing transport emissions by 60% between 1990 and 2050 through technology alone.
The EU Common Transport Policy set this goal, but the latest Transport and Environment Reporting Mechanism (TERM) report, compiled by the European Environment Agency (EEA), shows emissions fell in 2009 for the second year running, but they have grown so much since 1990 that the target will not be achievable without the use of a variety of measures. The report says that while technology improvement would take the bulk of emissions cuts, modal shift and reduced demand would be needed as well.

The TERM report also confirms the problem of the discrepancy between emissions measured in a vehicle’s test cycle and what it emits in real driving conditions. Chapter 7 says: ‘While there is a correlation between the type-approval and in-use CO2 emissions, the magnitude of the reductions gauged from the type-approval conditions does not necessarily lead to an equal reduction of the in-use consumption.’

The drop in emissions in 2009 is largely credited to a reduction in freight as a result of the economic downturn. Car use did not fall. The biggest rises have come from aviation and shipping, but the EEA says reduction potential in these sectors is limited, so other sectors like road and rail will have to contribute more towards the 60% target.