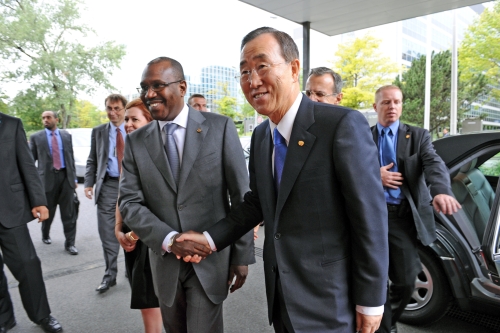 At the opening of the 'Ascent' conference in the United Arab Emirates, UN Secretary-General Ban Ki-moon called climate change 'the defining issue of our time', and said that better transport is needed to combat it.
In his speech, Mr Ban outlined nine key areas with the greatest potential for fast and meaningful results. They include cities and transport, agriculture, energy, finance, and climate resilience. He added that many of the solutions required already exist, while others are being rapidly developed.

The 'Ascent' is the first international meeting to build on the conclusions of the recent reports from the UN Intergovernmental Panel on Climate Change (IPCC), which found that the impacts of climate change are already evident and that significant advances towards a low carbon future could still minimise these consequences.

Transport emissions are a significant contributor to climate change. Emissions from traffic in Europe will need to be cut by 68 per cent by 2050 in order to meet the target set out in the Transport White Paper, according to the European Environment Agency.