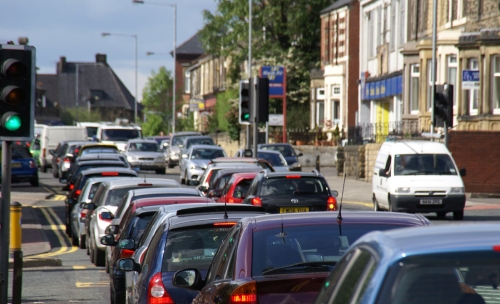 Spending time in traffic or re-fuelling a car increases the exposure to cancer-causing chemicals, a Swedish study has found.

The research by the Swedish Environmental Protection Agency involved surveys of 40 people in five Swedish cities taken in five-year intervals since 2000.

Participants were asked to wear air-quality measuring devices which recorded their exposure to nitrogen dioxide, benzene, butadiene and formaldehyde. They were asked to wear the devices for a week, hang them close to their beds at night and answer questions about their home and working lives.

Researchers found that smokers and passive smokers registered higher exposure levels of benzene and butadiene. However, levels were also increased for non-smokers who spent more time outdoors, who re-fuelled their vehicles during the seven days of monitoring and who spent more time ‘in traffic’ (i.e. on roads, along pavements, in a car, in a bus, walking or cycling).

The results suggest that, on average, people were exposed to levels of benzene higher than the recommended low-risk level set by the World Health Organization.