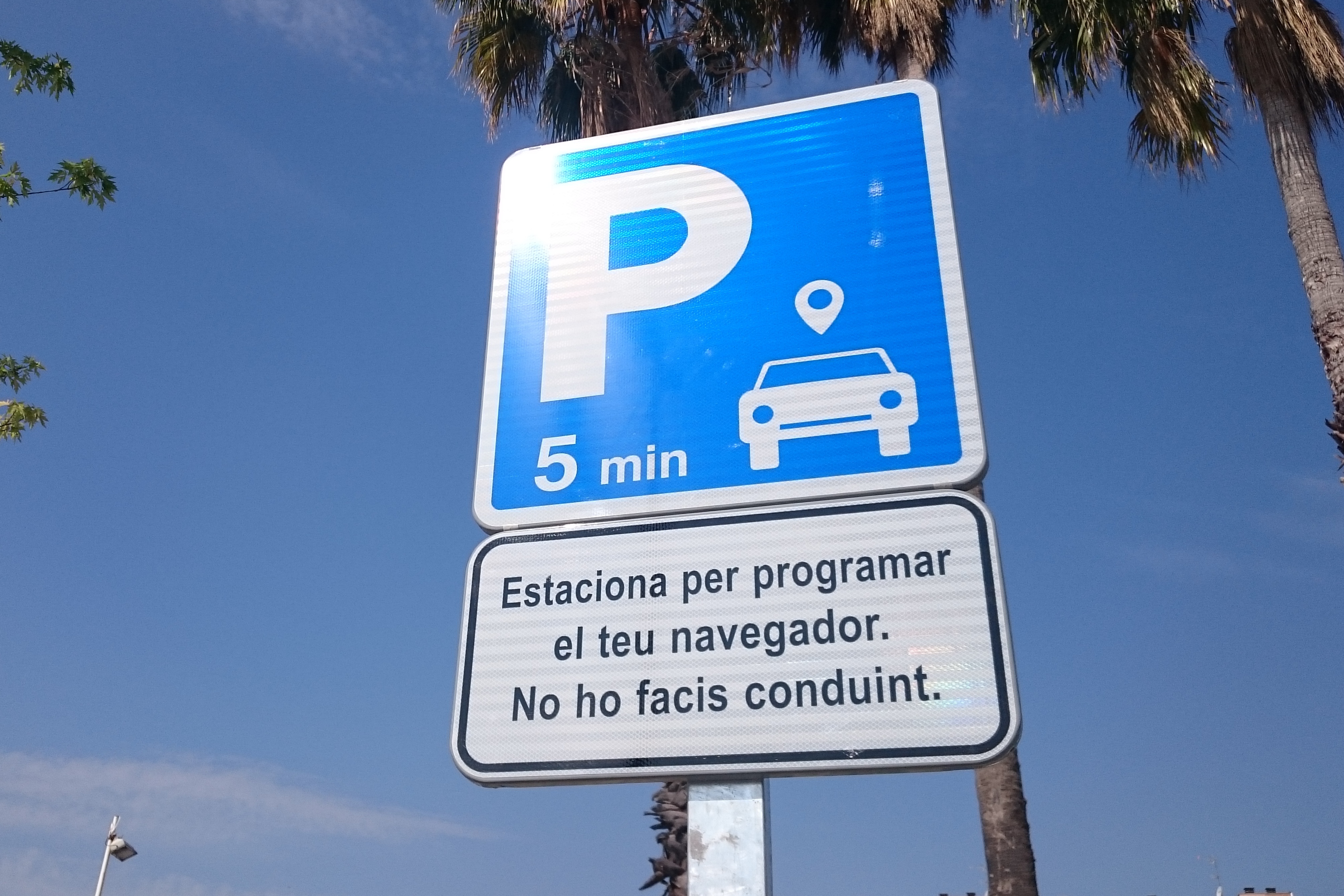 The use of electronic devices while driving is banned by Spanish traffic regulations. However, some drivers continue to look up routes on their phones or satellite navigation systems whilst travelling, which endangers both other road users and themselves.

To counteract this, Terrassa City Council - located in the Catalonia region of Spain - will soon introduce special parking areas that provide drivers with a place to stop and input their new routes. It is believed to be the first initiative of its kind worldwide.

At the clearly marked sites, parking will only be allowed for up to five minutes. Posters will also be installed to remind drivers that it is forbidden to use electronic devices whilst driving.

Initially, the new initiative will be introduced on the "Rambleta Pare Alegre", a major road in Terrassa that leads to the motorway. The City Council will create two areas; one going north towards the city centre and the other heading south away from the city. These were judged to be two of the locations where citizens are most likely to need to check and adjust their planned routes again.