Tampere plants the seeds of a smarter future 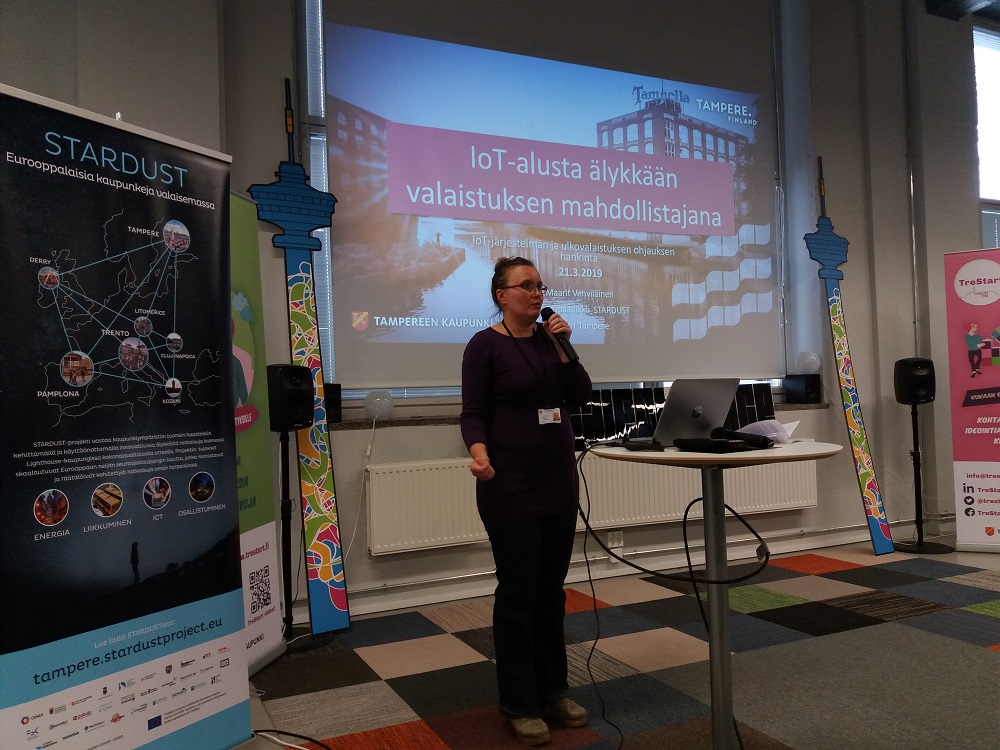 On March 2019, the City of Tampere organised two open events. Addressing issues related to energy and mobility, they first gave an open seminar on e-car charging points and smart district heating together with the Tampere Utility Company (Tampereen Sähkölaitos), and the Area21 project.

The City's objective is to provide information to housing companies on electric car charging stations and how they can also reduce the consumption of district heat by means of demand elasticity. Nearly 80 participants from housing companies attended this event and listened to STARDUST partners VTT, Enermix and Tampereen Sähkölaitos talk about the STARDUST project and their roles in it. A representative from the Housing Finance and Development Centre of Finland (ARA), a Finnish government agency which implements social housing policy, also invited them to apply for support with regards to constructing charging infrastructure for electric cars. In addition, incentives were proposed to encourage them to apply energy-saving measures.

With regard to Information and communications technology (ICT), the City of Tampere plans to acquire an internet of things (IoT) platform later this year. This will be used to initiate different pilots and experiments including the smart lighting control system. “As far as we know the equivalent implementation has not yet been acquired in Europe, Tampere is a pioneer”, says STARDUST project manager Maarit Vehviläinen from the City of Tampere. The team shared this ambitious plan with 90 participants from over 25 companies in a pre-acquisition market dialogue, which also took place this March.

Many of the companies were interested in having bilateral discussions with the City of Tampere. The City have received hints and tips on the topic of information security as well as hearing the advantages and disadvantages of the latest technology available in the market. Electric mobility, smart district heating and smart lighting are just some of the solutions that the city will implement under the STARDUST project. Through these joint efforts, the city wishes to extend its dream of building a more sustainable future not only for its residents and visitors but also for its stakeholders.