Skip to main content
Home Discover News Take a robot bus to the beach this summer in Helsinki!

Take a robot bus to the beach this summer in Helsinki! 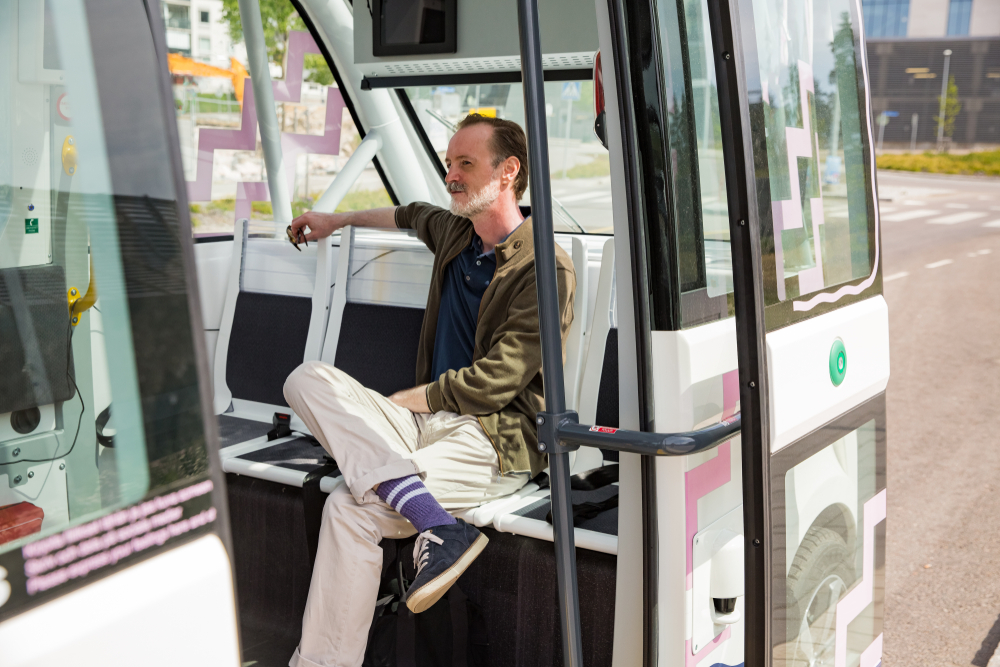 The Finnish capital Helsinki aims to be carbon neutral by 2035 and is implementing and trialling a range of diverse actions on its road to this ambitious goal. One of the areas of action is clearly traffic and Helsinki is determined to exploit new technologies to ensure that its urban transport services are carbon neutral within 20 years.

Since 2016, Helsinki has been testing 'robot buses' – automated vehicles as part of its public transport services – to reduce greenhouse gas emissions, thanks to their less polluting engines, and at the same time to explore viable options for improving public transport services. Year on year the city has been undertaking more complex pilot tests of robot buses operating as part of its public transport services. This year, one pilot is taking passengers from the Vuosaari metro station to the beaches of Aurinkolahti, and in doing so will cover the longest route ever tested in Helsinki (2.5 km). The pilot runs from June to September during the main season for the beach. Another pilot in Kalasatama already started in May and runs until November. Both operate in real traffic conditions, without stewards, with rides on the buses being free of charge. The automated bus lines are also included in Helsinki’s public transport route planner.

But why is Helsinki investing in robot buses at this early stage of their technological development? Jari Honkonen, project manager at the City of Helsinki’s innovation company Forum Virium Helsinki, explains: “The aim is to use the pilots to learn as much as possible about robot buses even in the early stages of technological development, such as how residents receive them, how they function as a part of public transportation and what they can offer to the mobility of citizens. If the robot bus technology develops as expected, we can develop public transportation in a more cost-efficient direction and enhance service levels by expanding its coverage to areas where the lines do not currently reach, making departures more frequent and public transportation more reachable.”

The test-bed function of the Helsinki region is facilitated by the flexible nature of Finnish legislation and a close collaboration between different stakeholders in the region. The latter includes stakeholders from science, planning and management authorities, innovation drivers and regulatory bodies.

Next year, new and even more complex pilots will trial robot bus fleets in a mixed traffic environment in the city centres of European cities supported by the FABULOS project.

Article published first at us.acrofan.com on 4th of July 2019.