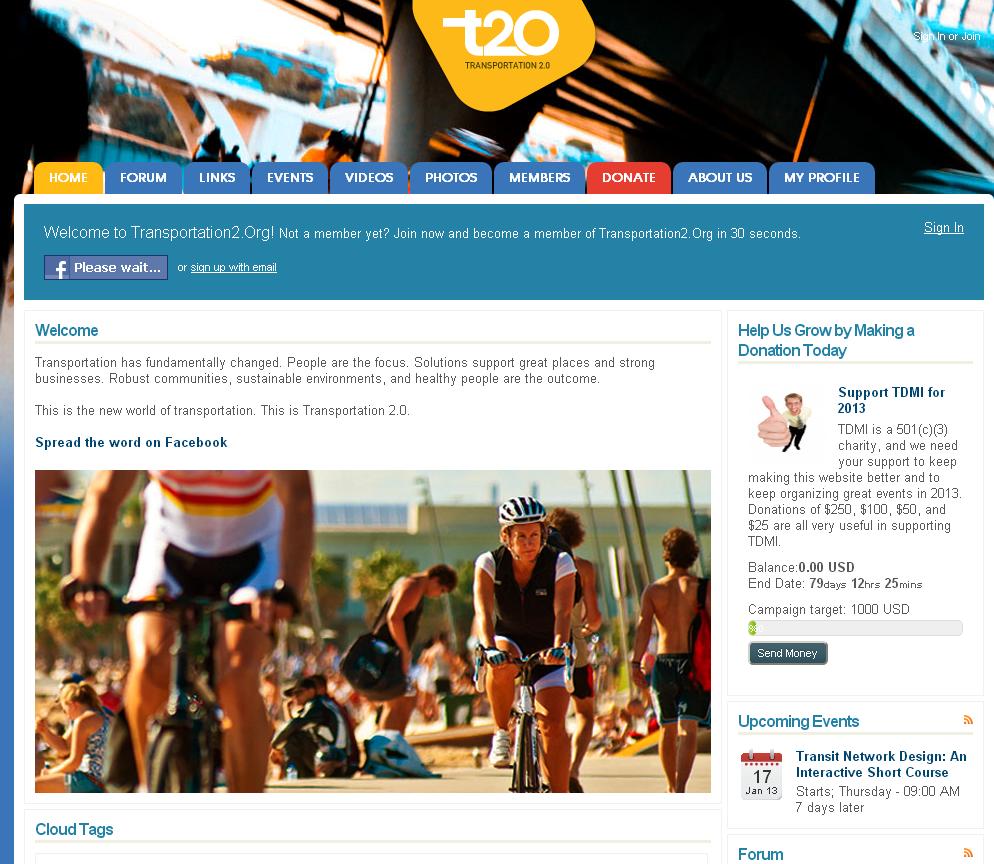 The Transport Demand Management Institute (TDMI) launched a new website offering web-based educational opportunities through panel discussions and courses.
Transport Demand Management Institute (TDMI) has been in existence since 1982 and until recently was linked with ACT USA activities. Due to an increase in demand for TDM research and training the Institute has now re-asserted its independence and is re-establishing itself as coordinator of educational and research opportunities for the TDM industry.

A new web site called transportation 2.0 has been launched and the Institute is collaborating on offering web-based educational opportunities through panel discussions and courses, by teaming up with others who wouldn’t be the typical “TDM” crowd.

Transportation2.Org is a platform created to bring together and celebrate the best and brightest resources in the new transportation era. It aims to collect and curate existing ideas and resources from around the world to point practitioners you to other resources - not reproduce them. Nicholas Ramfos, Director of Alternative Commute Programs for Washington DC has recently been elected President of TDMI. Nicholas is responsible for the internationally-recognised successful incentivised journey-share scheme, which has provided inspiration for similar UK schemes in Salisbury and West London. As President of TDMI Nicholas noted that “being in the transportation business means that reinventing the wheel is particularly frustrating. Instead, let's learn from each other. Read, replicate, repeat.”

TDMI is seeking fresh and bold ideas and invites practitioners from around to world to work together to advance the industry agenda.