The state of Britain's roads and lack of bike lanes discourages more than half of potential cyclists, Cycling UK suggests 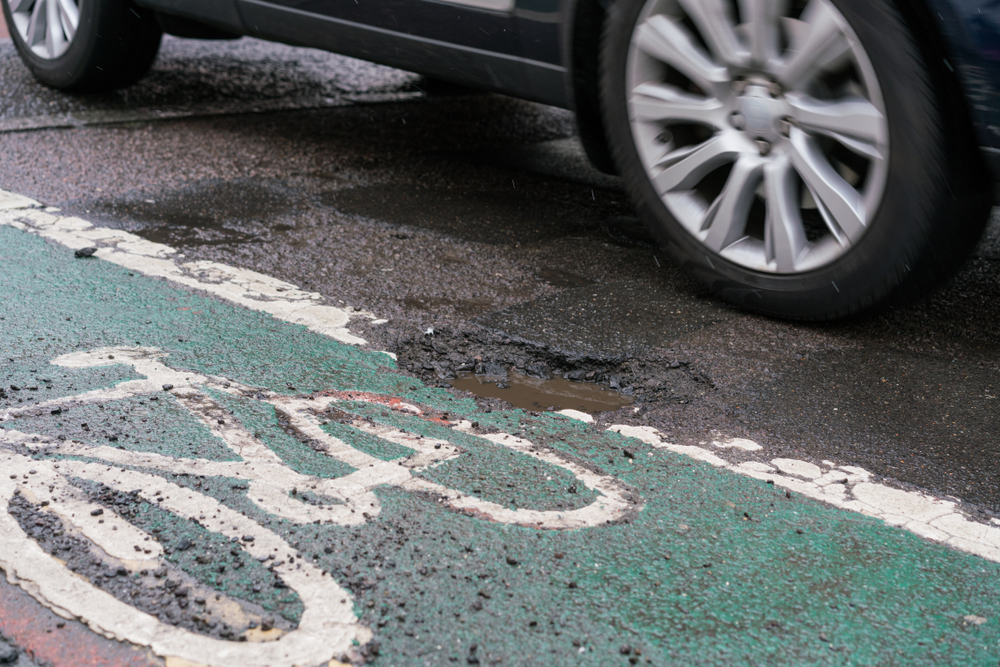 An exclusive poll carried out for Cycling UK has revealed that the state of Britain’s roads and having to share the road with lorries and other large vehicles, are the biggest factors stopping more people taking up cycling in the UK.

More than half of respondents (57%) to the YouGov survey said they were worried about sharing the road with lorries and large vehicles. Additionally, 56% highlighted worries about being close passed by vehicles and a further 56% said poor road conditions such as potholes were the main reasons they would be put off travelling by bike in the UK.

The research, released to coincide with Cycling UK’s submission to the Government’s “Cycling and Walking Investment Strategy safety review”, also found the following would encourage people to cycle more: separate cycle paths away from roads (e.g. cycle tracks in woodlands and parks etc.) (45%), segregated bike lanes (e.g. cycle lanes which use posts or curbs etc. to divide the road and cycle lane) (45%); and better road conditions (42%).

Cycling UK is calling on the Government to make fundamental changes in six areas, which the charity believes will help give more people the confidence to cycle more often:

“The Government is being taken through the courts for failing its air quality commitments, casualties on our roads are going up, and our NHS is struggling with the burden caused by an inactive nation. More people cycling is part of the solution to all these problems.

“Cycling is still a minority activity in the UK with only two percent of all journeys made by bike. Those who do cycle put up with the potholes and dangerous traffic conditions daily and still continue. However, it’s not always pleasant and it’s no surprise most people do not consider cycling for their short every day journeys.

“In England in 2016, 64% of all trips between one to two miles were driven. Making cycling more accessible and safer will give people the alternative transport solution they need. Cycling UK’s ‘Cycle safety: make it simple’ explains how this can be achieved, simply and cost effectively, and we look forward to working with the Government to help bring about the long awaited cycling revolution the UK desperately needs.”

To view the full results of the survey click here