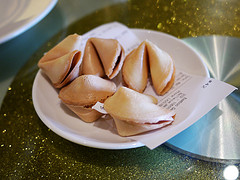 Software developer IBM unveiled new software designed to help decision-makers forecast the consequences of actions that affect citizens. In turn, IBM said the software, called System Dynamics for Smarter Cities, can also help policymakers make decisions that generate positive results.
Imagine if a city eliminated student subsidies for public transportation. The software’s analysis of results might show that a municipal transportation agency would reduce costs, thus improving its financial picture. On the other hand, because more students would bypass mass transit and instead drive themselves to school, the city might suffer more traffic congestion, worse air quality, and might be forced to deploy more first responders, said Naveen Lamba, IBM’s leader on intelligent transportation and smarter government efforts for GBS — IBM’s consulting section.

Or what if a city decided to add highway tolls where tolls previously didn’t exist? The results could show that toll revenue could go to the coffers of agency responsible for the tolls, but could also result in less traffic congestion on the toll road, Lamba said. Fewer vehicles would improve air quality and result in more usage of public transit.

The first city to try IBM's new solution is Portland, Ore. The city used the new software to help develop a model that illustrates how the actions coming from the city’s Portland Plan — long-range sustainability goals over the next 25 years — ripple across the priority areas the city has identified, said Joe Zehnder, the chief planner for Portland’s Bureau of Planning and Sustainability.

By using the software, Portland confirmed its plan to reduce carbon emissions by 40% by 2030, would on the whole be a positive outcome. The city had already figured in that reducing the amount of driving done in the city would encourage other modes of transportation, such as walking and biking. But city officials also appear to have discovered a positive feedback loop: More walking and biking would lead to lower obesity rates for Portlanders. In turn, a fitter population would find walking and biking a more attractive option.

The new software is built atop what IBM calls a “dynamic engine,” which contains 3,000 analytical equations derived from the company’s past work with cities. The system is customised for a particular city by gathering information from the city’s subject matter experts and combining it with existing government data, such as budget allocations, number of K-12 students, unemployment rates, population growth and many other indicators.
The result, according to IBM, is a “system of simultaneous differential equations” compared to as much as a decade’s worth of a city’s historic data. In more basic terms, cities provide data from multiple domains — such as transportation, public safety and government services — that’s input into the software, which then generates “what-if” scenarios that predict positive and negative outcomes, Lamba said. “The model is not predictive it’s more illustrative of the kind of impacts — the direction of the impacts — positive or negative that you might see, and maybe the scale of impact,” said Portland’s Zehnder, “But it’s also driven by the assumptions that you build into the model.”

To build the model, last year IBM started working with Portland subject-matter experts to learn about the city’s interconnections. Researchers from Portland State University and systems software company Forio Business Solutions. The stakeholders collected 10 years of city data, such as vehicle miles travelled per day per person, the census population and the percent of populations in subsidised housing for the model.

The project is connected to IBM's Smarter Planet initiative, Lamba said. Other cities have shown interest in deploying the new predictive software, Lamba said, adding that the municipalities haven’t been publicly announced.