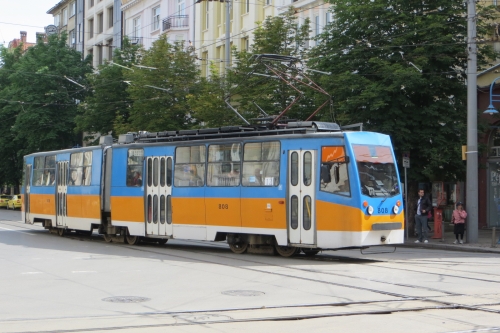 The trams, which were manufactured in Poland, will begin operating from January 2014.
Bulgaria’s capital has received four new trams ready to go into operation this year. The trams, built by Polish manufacturer Pesa Bydgoszcz and costing €1.7 million each, are the first new trams that the city has bought for several years. In the past, the preference had been to buy second-hand vehicles to save on costs.

A total of 20 trams will be delivered by May 2014, costing a total of €33.2 million. A further €16.8 million is being spent on spare parts and a diagnostic system so that the city can keep the trams running. Consisting of five carriages and with a total length of 30 metres, an individual tram’s capacity is 201 people, including 41 seats.

The trams are also accessible for wheelchair users and parents with prams, as well as being energy efficient. They are also equipped with a modern passenger information system. The first four trams will begin operating in the city from January 2014 onwards after passing necessary inspections to guarantee their safety.