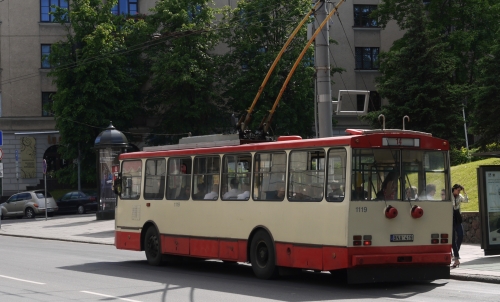 The local council of the small city of Skuodas in Lithuania has voted in favour of allowing residents and visitors to use public transport for free.

The measure, which goes into effect from the start of 2015, means that Skuodas joins a growing group of cities which offer free public transport in some form. The most famous of these is Tallinn in Estonia (read more about Tallinn's free transport on Eltis) - whose example was an inspiration to Skuodas city officials.

A local official said that by making public transport free they will improve the environment in the city for citizens. Car ownership in Skuodas is high and it is hoped that a free bus service will encourage more people to use the buses, thereby reducing car traffic and air pollution within the city.

The city also hopes that the measure will invigorate an unpopular local bus network. Currently, the service does not generate a profit and is being subsidised to a great extent by the municipality. A single trip costs 1.2 Lithuanian litas (€ 0.35). Revenues over the previous year amounted to only 2 100 litas (€ 610).