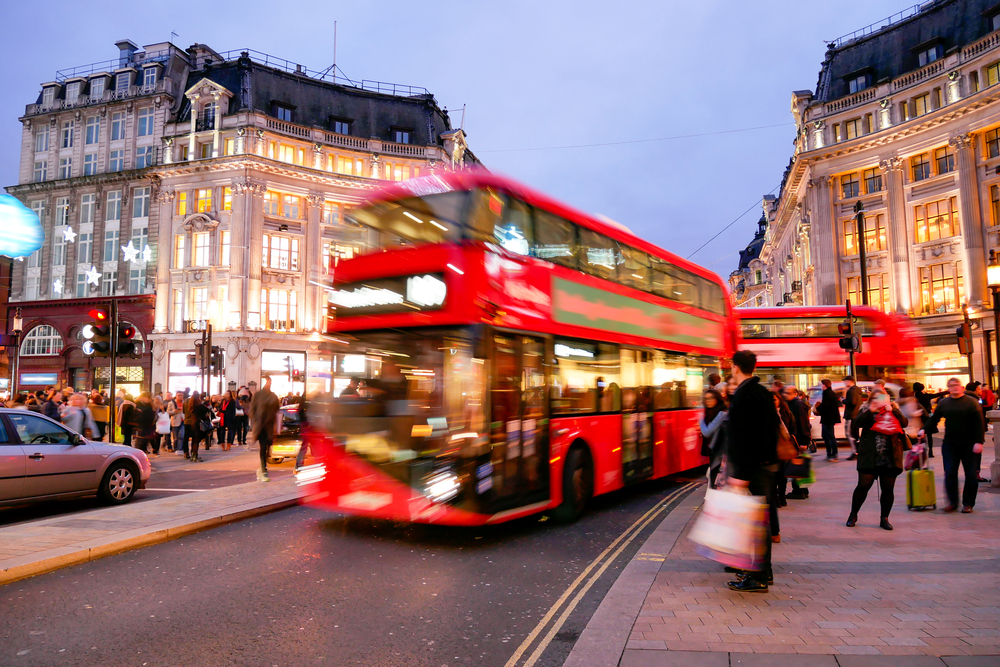 As part of the London Mayor’s intention to decrease concentrations of nitrogen dioxide (NO2) at roadside locations in the UK capital, seven ‘Low Emission Bus Zones’ (LEBZs) are now in full operation in the city. Eventually, the plan is to have 12 LEBZs across London, with the Mayor announcing five new LEBZs on a visit to New Cross in South London.

In an LEBZ, older, more polluting buses are removed from routes that have high concentrations of NO2. They are replaced either with newer Euro VI vehicles or with vehicles that have been retrofitted to meet the Euro VI emissions standard. It has been estimated that the first two LEBZs have had a significant impact on local pollution levels according to analysis by Transport for London (TfL). For example, in Putney High Street, which was the end of one of the first two LEBZs, significantly fewer exceedances of hourly NO2 limits have so far been recorded in 2018 compared to previous years.

From April 2019, all buses running in Central London will be required to operate to the Euro VI level, as a result of the start of London's Ultra Low Emissions Zone (ULEZ). City Hall has also set a deadline of October 2020 for all TfL-operated buses across the city to meet the standard. A large sum - £85 million - is being invested to ensure that all older buses operate to the Euro VI standard, thanks to exhaust retrofits. Buses that are not able, or which have not been retrofitted, to meet the standard will not be allowed to operate.

The Mayor stated “We saw in Putney and in Brixton that the hourly toxicity rates have been reduced by 85% and 95%, the amount of particulate matter and NOx coming from vehicles has reduced, so that is why I am really pleased to be announcing a further five Low Emission Bus Zones.

“We are taking action to ensure that in the most polluted parts of our city, the air is being improved in the lead up to the world’s first Ultra Low Emission Zone in April. The whole ULEZ area will be one massive Low Emission Bus Zone, and so it is really important that we take action to clean up the air in London.”

When the Mayor visited a school in South London, the Head of Year 11 commented that the policy will help improve the health of pupils: “The school is located in the heart of Deptford. We love our location – however we are aware of the potential impacts of air pollution on our students and staff. The introduction of the Low Emission Bus Zone on New Cross Road will further help improve our local air quality and it shows that the Mayor is taking this issue seriously.”

The Mayor has repeated his call for greater support from national government in tackling air pollution, including providing London's councils access to funding through the £220 million Clean Air Fund: “By ourselves we can’t do it. We are doing this with one hand tied behind our back, with the government having its head in the sand.

“What we need government to do is two major things. One is a diesel scrappage scheme to help those businesses, charities and low income families to move away from diesel to cleaner forms of transport, but two they need to allow London to have access to the Clean Air Fund. It is outrageous that given the number of polluted roads in London we cannot access the Clean Air Fund.”

Through an £86.1 million programme announced by City Hall in 2017, approximately 5 000 buses have been earmarked for cleaner technology retrofits. In the Mayor’s Transport Strategy, there are also policies to end the purchasing of diesel-only buses for the capital and to have 9 200 zero emission buses on the capital’s roads by 2037.

London’s Low Emission Bus Zones project was the winner of the Passenger Transport Air Quality Initiative of the Year at the 2018 National Air Quality Awards.